Remdesivir: 3 critical studies explain its potential as a Covid-19 drug

"What it has proven is that a drug can block this virus." 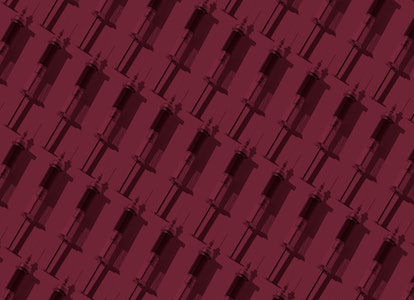 Remdesivir, a drug once developed to treat Ebola, could become the new "standard of care" for treating Covid-19, according to comments made this week by Dr. Anthony Fauci, who has become the nation's most trusted expert on a pandemic that has now surpassed 1 million cases in the United States.

Identifying a drug as the "standard of care" marks a significant step forward in the fight to slow a pandemic. But the road has been filled with twists and turns — and scientists still have miles to go.

What happened? – After weeks of speculation about which drugs may treat Covid-19, remdesivir results from three major trials were released Wednesday, prompting Fauci's declaration. Remdesivir is an anti-viral drug that's designed to stop viruses from replication once they infect cells.

The most influential trial of the three was run by the National Institute of Allergy and Infectious Diseases, the agency of which Fauci is the director. This trial is the most important because it's the most rigorous randomized, controlled clinical trial to study the effects of remdesivir. The NIAD trial found that remdesivir might speed up recovery, but may not lower mortality rates.

It enrolled over 1,000 patients around the world who received remdesivir or a placebo. Patients on remdesivir recovered in 11 days on average, whereas those on a placebo recovered in 15 days –  about 31 percent faster for those who got the drug. Eight percent of patients in the remdesivir group died compared to 11 percent of those in the placebo group. Still, this is not a large enough difference to confirm that the drug helps people survive.

The study has not been published in a peer-reviewed journal, but was reviewed by a data and safety monitoring board that was not involved with the trial. (The findings were announced by the National Institutes of Health in this statement.)

A second study – results from a different major drug trial were released Wednesday by the drug company Gilead Sciences Inc. This company manufactures remdesivir. That trial was conducted on Covid-19 patients with severe symptoms; they received the drug for ether 5 days or 10 days.

That study has also not been published in its entirety in a peer-reviewed journal.

A third study – However, it wasn't all good news for remdesivir on Wednesday. In a third study published in the prestigious journal The Lancet, scientists in China reported that remdesivir had no effect on patient recovery compared to a placebo.

However, the authors of the third study said their research couldn't completely rule out the drug as a Covid-19 treatment. The team was only able to enroll 237 patients out of their goal of 453. The lead study author Bin Cao, an associate professor at the Nanyang Technological University in Singapore, also noted that there were restrictions on bed availability, so many patients had to be enrolled when they were already very ill.

"We were unable to adequately assess whether earlier treatment with remdesivir might have provided clinical benefit," Cao explained in a statement.

What does it mean for Covid-19? – The most promising findings are in the NIAID study, as it is the largest study that also has a control arm (a studied group that was not given an experimental intervention). A control arm is crucial for determining whether the drug actually works.

Fauci also said that the results were "very important" for several reasons, even if a 31 percent improvement doesn't feel like the "knockout" we were hoping for.

"What it has proven is that a drug can block this virus," Fauci announced at the White House . He also added that the drug will become the "standard of care," which means that when we look into other drug treatments, we will compare them to remdesivir to evaluate how they work against Covid-19.

What questions remain? — There are still a lot of unknowns when it comes to remdesivir.

The full write-up for the NIAID trial has yet to be published in a journal, so other scientists can't dig into the details. Aneesh K. Mehta, the director of a remdesivir trial site at Emory University, told NPR that the data "has not undergone the robust analysis that will be conducted by the statisticians and the scientists at the NIH in the coming weeks."

Once the full results of that study are released, external experts will be able to get a better understanding of what happened during that study. This will give us a better idea of how robust the study really is, compared to the "top line" results released.

As for the Gilead trial, it may be tempting to use that study to add credence to the findings from the NIAID trial. The company's release said that the findings "complement" the NIAID's study.

However, the Gilead trial can't technically complement the NIAD study: It did not include a control arm. It can suggest that if remdesivir works the way researchers hope, the current supply of the drug could be stretched a bit further: If patients have similar recovery times after 5 days of treatment as opposed to 10, that suggests fewer drugs might be needed per patient, which means more people, overall, could receive treatment

And standing in opposition to these results, there's the Lancet study -- its results were murkier than the other two.

Taken together, this trio of studies suggests remdesivir could help treat Covid-19, but there's still much for scientists to learn. There's a promising mosaic of data from government officials, drug companies, and one prestigious journal. But the future of the drug still isn't exactly clear.

Why did these studies drop all at once? – The rapid release of three studies regarding remdesivir comes after bits and pieces of studies have been leaked over the past few weeks.

Last week, the World Health Organization accidentally posted a draft of a study conducted in China showing that remdesivir did not speed the recovery of Covid-19 patients. Weeks earlier, the medical news. website STAT obtained a video of a discussion about a remdesivir trial underway at a Chicago hospital. At that point, the video suggested that nearly all the patients were improving.

As Reuters reported Thursday, Fauci was concerned that partial leaks would lead to public confusion. This drove his decision to reveal the early results of the NIAID trial Wednesday. He was also concerned with the ethics of keeping patients on placebos when they had evidence remdesivir was working.

The Inverse Analysis – For now, it's looking like we may finally have a drug candidate that can treat Covid-19, after months of social media speculation, but little movement on behalf of the FDA.

The FDA has yet to actually authorize the drug as treatment. In an interview with Bloomberg, FDA Commissioner Stephen Hahn said the agency was moving with "lightning speed" to review the data on its own. Right now, remdesivir isn't approved to treat any condition, let alone coronavirus.

It's possible that the FDA will announce an emergency-use authorization of the drug by next Wednesday. Meanwhile, further analysis of all the trials, plus further study, can reveal a path forward: According to the WHO, it's still too early to comment on whether or not remdesivir is a "game-changer."

More like this
Mind and Body
Sep. 28, 2022
A new viral cousin of Covid-19 can resist vaccine immunity, study finds
By Miriam Fauzia
Mind and Body
Sep. 25, 2022
Is ketamine the secret to treating depression? Mental health studies reveal its potential
By Sarah Sloat
Mind and Body
Sep. 21, 2022
Is someone you care about going through a medical crisis? Here’s how to best support them
By Katie MacBride
Related Tags
Share: