Beyond hydroxychloroquine: 6 other drugs that could treat Covid-19

"The goal is to stop the virus dead in its tracks before it stops us." 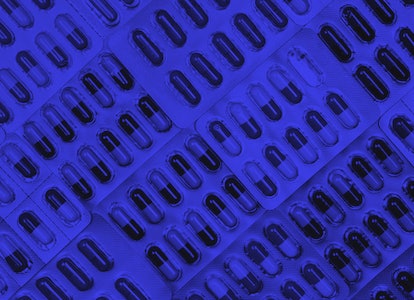 A treatment for Covid-19 is like a Holy Grail. As cases surpass 1.6 million worldwide, a proven therapy would immediately offer relief from the massive burden of the disease. Progress would also ease the minds of everyone awaiting a release from isolation measures designed to contain the novel coronavirus' spread.

There is no approved drug treatment for Covid-19, but there are promising irons in the fire. And no, they aren't all called "chloroquine."

This is your science-backed guide to the drugs you have heard of, and the ones you haven't yet.

The new coronavirus has weak spots, Mojdeh Heavner, an assistant professor at The University of Maryland School of Pharmacy who specializes in critical care, tells Inverse.

When scientists sift through already-approved drugs to find one that might neutralize the virus, they may look for those that can do one of these things:

"The goal is to stop the virus dead in its tracks before it stops us," Heavner says.

"We want to identify a rational target based on what we understand about the virus genome and structure."

It's important to note that any potential treatment has to go through randomized, controlled clinical trials to determine whether it works or not. The good news is that scientists are making progress on that front every day.

These seven treatments could all be the answer to the coronavirus. All of them are at certain stages of research, some further along the process than others.

Remdesivir is an anti-viral drug first tested as an Ebola treatment. It didn't work for Ebola, but a research letter published in February, 2020 in the journal Nature suggests the drug may be "highly effective" in controlling the activity of the SARS-Cov-2 virus within host cells, stopping the virus from replicating inside the cell.

Remdesivir is the focus of a number of large-scale clinical trials. These include the World Health Organization's SOLIDARITY trial, an international study designed to test promising drug candidates for coronavirus. It is also the subject of a United States' National Institutes of Health clinical trial. Two other clinical trials in China are expected to release data in late April.

As these trials progress, we will soon learn more about remdesivir and its promise for Covid-19. As of writing, it is listed as one of two potential treatments currently tracked on the Centers for Disease Control and Prevention website. Major updates about the drug should appear there as they become available, so watch this space.

Chloroquine, and its less-toxic derivative hydroxychloroquine, are both anti-malarial drugs. They are also used to treat autoimmune diseases like lupus or rheumatoid arthritis.

How these drugs fight coronavirus is a matter of hot debate, but they may prevent it from attaching to human cells, stopping the virus from entering cell cytoplasm and making copies of itself.

Anecdotal reports suggest these drugs were effective in treating Covid-19 patients in China. Based on that preliminary evidence, the pair became part of the sixth edition of the country's national treatment guidelines fro Covid-19.

In the United States alone, these drugs are subject to at least 23 clinical trials, and are also part of the WHO SOLIDARITY trials.

But despite their promise, they have a checkered history. It's worth breaking it down.

But the study has since been called into question by the journal's own editors, and the CDC removed all mention of its findings from their treatment guidelines website on April 7.

The drug still has the FDA's approval for use in emergency situations, including to treat coronavirus patients who have no other options left.

Ongoing clinical trials will help settle the science on azithromycin and hydroxychloroquine. Pfizer, the manufacturer of Zithromax (a brand-name for azithromycin), has also committed to publishing their data on the drug to speed research efforts.

"However, time will tell what ends up being the best treatment."

Lopinavir and Ritonavir are both HIV medications. They are of interest because these drugs stop the HIV virus from making the proteins it needs to survive and replicate.

Because the novel coronavirus is also a single-stranded RNA virus (like HIV), these drugs seem like logical candidates, Heavner says.

But a clinical trial published March 18 in the New England Journal of Medicine suggests otherwise. Covid-19 patients who received these drugs had similar viral loads before and after treatment, and there was no change in terms of mortality compared to those who received the normal standard of care.

"Based on what has been published so far, this approach has not been successful, so we need to seek out other targets," Heavner says.

These drugs are included in the WHO's SOLIDARITY trial.

Tocilizumab usually treats rheumatoid arthritis, but it could help target the immune system's reaction to SARS-Cov-2.

Specifically, the drug targets a sign of inflammation called interleukin 6 (IL-6). That marker is "abnormally high in patients with the most severe symptoms of Covid-19," Heavner says.

The drug is a monoclonal antibody, which means that it's manufactured from antibodies that the body naturally produces to fight pathogens (more on that later). These antibodies aren't specific to Covid-19, but so far, the drug shows utility in treating the disease.

A preliminary study from China (not peer-reviewed), found that critically ill patients given tocilizumab required less supplemental oxygen than those that did not receive the drug. It has also been added to China's national treatment guidelines for the virus.

Meanwhile, scientists, and the rest of the world, await the results of a randomized controlled clinical trial. A trial in China is ongoing, as is another in the United States.

Unlike the previous drugs, EIDD-2801 is a new drug candidate, unveiled in a Science Translational Medicine paper published on April 6.

Mice infected with the coronaviruses that cause SARS and MERS had reduced viral load and improved lung function after treatment with EIDD-2801, the results suggest. And in human lung cells infected with SARS-Cov-2, the drug is "potently antiviral," the researchers report.

The treatment may work in coronaviruses that are resistant to remdesivir, another drug under investigation, the researchers say.

But it is a mouse and cell model study, not a clinical trial. As a result, any promise is extremely premature, and studies in humans have not started yet. The United States Food and Drug Administration has given the team the permission to perform clinical trials, however, so keep an eye on this one.

Favipiravir is an antiviral drug developed in Japan, where it is used to treat the flu. The drug attacks the molecular machinery the coronavirus needs to replicate once inside the cell.

Favipiravir is entering clinical trials in the US. There, it will be tested on 50 Covid-19 patients at Brigham and Women's hospital in Boston. But the preclinical data on this drug is inconsistent.

A preliminary trial published in April (not peer-reviewed) found that the drug improves cough symptoms, but isn't any better at its job than another flu medication, arbidol. Arbidol isn't available in the US.

The upcoming clinical trials will give us a more complete picture.

Drug-based treatments are relatively easy to produce and could get into doctors' hands sooner than other therapies (providing they work).

But there are other treatments that also show promise, including convalescent plasma therapy. In this approach, blood taken from Covid-19 survivors is mined for antibodies that can treat sick patients.

A Proceedings of the National Academy of Sciences study published on April 6 shows promising results. When 10 severely ill patients received 200 milliliters of convalescent plasma, symptoms like fever, cough, shortness of breath, and chest pain lessened or disappeared as quickly as three days post-treatment.

National projects like the National Convalescent Plasma Project are actively collecting blood from survivors, and infusing sick patients to see if this pattern holds up. But experts affiliated with these project caution that we are still lacking clinical trials.

Given more time, scientists may also be able to extract even more powerful products from blood, and purify them into a product called hyperimmune globulin. Therapies based on this could be more effective in the long run, but take more time to produce.

Finally, there is also the potential to create a monoclonal antibody-based drug that specifically targets SARS-CoV-2. In this therapy, a person's cells are converted into factories producing powerful antibodies designed to attack SARS-Cov-2.

Scientists have already been assembling the tools they need to find these antibodies and test them, with the goal of entering clinical trials by summertime.

Treatment we can trust – Before any drug or treatment for Covid-19 can truly be said to show promise, it must be tested in a randomized, controlled clinical trial.

A number of the drugs on this list are in that stage, but some are just beginning.

"Without the RCTs we desperately need, it is hard to even say what is optimal at this point," Heavner says. "Time will tell what ends up being the best treatment."

The process may be slower than we'd like. But with these trials in hand, once we do find a treatment, we will know we can count on it.