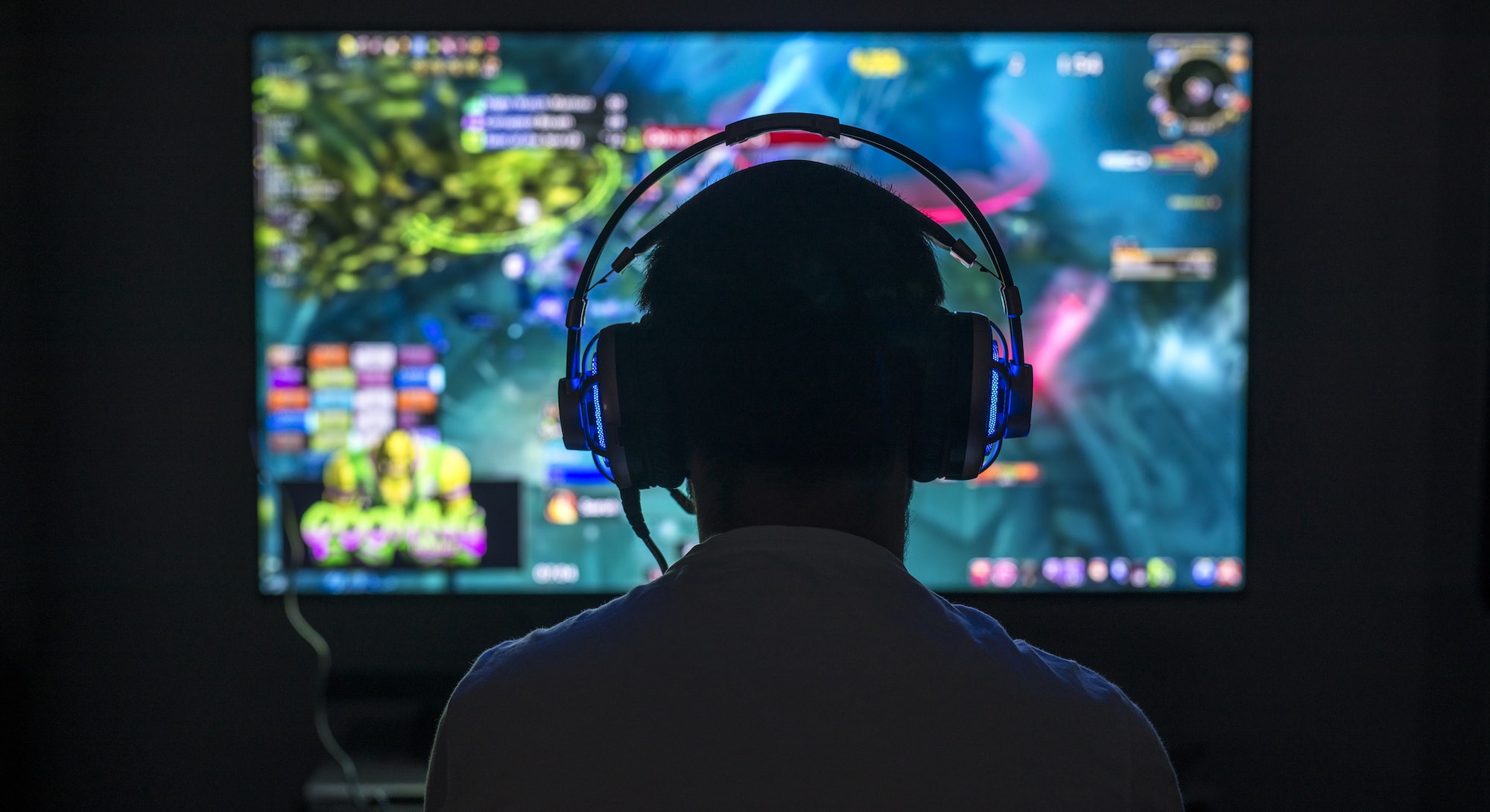 Craig was just starting to get a handle on his self-described “obsessive” gaming habit when the pandemic hit.

The 31-year-old from California tells Inverse that in 2020, he made the same New Year's resolution he makes every year: spend less time playing games. On average, he estimates playing every day for as many as 12 hours at a time.

He was doing “okay” at reducing his gaming hours, he says, but when lockdown hit, “It was like a gaming Get Out of Jail Free card.”

Like watching TV, playing video games stimulates the reward center of the brain. When we play, our brains experience a surge of dopamine and serotonin, two happy-making neurotransmitters. And while so-called “video game addiction” hysteria often commands headlines, gaming has many mental-health benefits, too.

But anything done to excess can become harmful, and when the touch of a button makes your brain flood with dopamine and serotonin, it’s easy to start overdoing it.

But how do you know what’s “excess” when it comes to video games?

This question is particularly relevant for men. The gender gap among gamers has been closing over the last few decades, but in 2020, 59 percent of gamers identified as male.

Ultimately, experts say, “unhealthy” gaming isn’t about the number of hours you spend in front of a screen. It’s about how gaming affects your life and relationships.

Inverse spoke with David Reiss, a clinical psychologist and trauma expert, and David Grammar, a licensed marriage and family therapist and gamer, about how to identify a line between healthy and unhealthy gaming practices and what to do when you cross it.

There is no such thing as “video game addiction,” but the American Psychiatric Association’s Diagnostic and Statistical Manual of Mental Disorders, the official standard for psychiatric diagnoses, does list “Internet Gaming Disorder” as a real condition.

The APA defines addiction as “a brain disease that is manifested by compulsive substance use despite harmful consequences.”

But this definition, Grammar says, “doesn’t allow for a behavior to be an addiction.”

“For someone to be diagnosed with an addiction of any kind, there must be tolerance and withdrawal, which only a very, very small percentage of gamers ever experience,” he adds.

Under these terms, gaming isn’t an addiction, but that doesn’t mean it can’t be problematic. It is perhaps more accurate to say people can become “obsessed” with video games.

“An obsession is a behavior we become attached to for psychological reasons,” Reiss tells Inverse, “so attached, that we begin automatically seeking and taking part in the behavior without considering the consequences.”

While some gamers can really long to play a game they love, if it is unavailable, they don’t experience withdrawal symptoms as a result.

Using video games in an unhealthy way, Grammar says, “is definitely something that can cause people to act in ways that are associated with other types of addictions; like sacrificing jobs or marriages to play, or threatening friends and family members when told to stop playing.”

How to tell if gaming is unhealthy

If you’re trying to determine if your gaming habits are healthy or unhealthy, Grammar suggests asking yourself three critical questions:

If you find you cannot change your gaming habits in response to negative consequences that come from it, it might be time to seek professional help.

“If a person cannot reduce how much they play and it is severely impacting their life, then professional help would definitely be in order,” Grammar says.

One of the paradoxes of video games is that many of the pros can, in certain contexts, be cons (and vice versa).

Video games challenge players’ imagination, and that can be useful in developing flexible problem-solving abilities. Games also provide comfort, solitude, and a necessary break from the “real world,” Reiss says.

“But overuse or obsession may lead to dysfunctional avoidance of real-life responsibilities.”

Why video games are so addictive

Whether it’s video games or games you play on your phone, they’re a wonderful — and effective — escape.

That escape is what was so appealing to Ryan, a 41-year-old in Washington State who tells Inverse he knows what it is like to get into an unhealthy relationship with games.

“I wasn’t really into games as a kid,” Ryan says. “I got into them a bit in middle school.”

When his older brother died in an alcohol-related accident, Ryan’s parents became both stricter and more removed, he recalls. Gaming provided much-needed relief.

“They didn’t want me going out once I got into high school,” he says. “Video games were the only thing I could do at home that also took my mind off how terrible everything was.”

Soon, every minute he wasn’t in school, he was gaming.

Part of the reason why games offer such escape is to do with the very nature of the gameplay, Grammar explains.

“Video games are so good at letting people escape because the player takes over a different character and has control over the character's choices and outcomes,” Grammar says.

“When used for an appropriate amount of time, it can be restorative to be in the moment and playing a game,” he says.

But, he adds, “games are designed to keep people playing for as long as possible in many different ways and hit the reward center of the brain as often as possible.” And that’s where things can go awry.

Going from healthy to unhealthy gaming

Games stimulate the brain's reward center — this is what makes it so easy to slip from healthy to unhealthy use without even realizing it.

“The process is usually a gradual decline that can be hard to notice and easy to explain away,” Grammar says.

Examples include “playing a little bit longer each time, starting to make more and more friends in the online gaming universe, and prioritizing the game over real-life engagements and activities.”

Craig, the 31-year-old gamer in California, says playing video games started as a way to bond with friends.

“It seems like we were all super into gaming in middle school and even a bit into high school,” he says.

But soon, he found that his friends were more interested than he was in going to parties, playing sports, and doing other activities.

“I tried to get into that stuff, too,” he says. “But whenever I went out with them, I’d just think about how I wanted to be home gaming. So eventually, I really only had friends who were also interested in that.”

How to treat “internet gaming disorder”

For gamers who play too much, cutting back and prioritizing family and friends in the real world may be all they need to get back to a healthier relationship with games. But for others, cutting back on game time can be challenging.

“If cutting back is not working, then it's important to increase the intervention intensity,” Grammar says.

Depending on how severely a person’s gaming affects their life, professional help could involve seeing a therapist one or two times a week, going to meetings, joining a support group, or even doing some inpatient treatment for a month or two.

“The treatment would be generally focused around initially removing all screens or video games and helping the individual refocus on a healthy body-mind balance,” Grammar says. “Then slowly reducing the intervention structure to let the individual figure out the process of living a balanced life while still being supported until they can manage on their own.”

What is driving you to use games to an unhealthy degree?

“Very often, when the attraction to gaming becomes unhealthy, it is meeting some unconscious, partially conscious, or even conscious emotional need,” he says. “The work to be done is not just to focus on changing the behavior, but identifying, exploring, and as much as possible resolving the underlying emotional need.”

Addressing that need requires “objective therapeutic guidance, whether it be from a trusted friend, family member, or — especially when the underlying need is complex or relates to past trauma — through formal psychotherapeutic intervention.”

“Playing video games is just one aspect of the underlying issue – and is not always even the most significant or disruptive aspect,” Reiss adds.

Ryan still loves playing video games, but he does believe his previous unhealthy use was a coping mechanism in the wake of his brother’s death and subsequent family turmoil.

He eventually went to therapy to work through some of those issues. That led him to get involved in more IRL activities, like fishing.

“Fishing is incredibly boring compared to gaming, Ryan says, “but somehow that’s what I like about it.”

Now he says he’s “pretty good about sticking to no more than two hours of gaming a night.”

Craig admits that his gaming use today probably isn’t healthy, but as long as he’s working from home and can get all his work projects done by their deadlines, he doesn’t think he will cut back as the pandemic continues to limit other activities.

“I don’t really have any motivation to cut back right now,” he says. “There’s nowhere else to go, nothing else to do.”

Grammar says that even if you don’t have an unhealthy relationship with gaming, it may be worth cutting back a bit regardless.

“Most people are able to play video games without it becoming obsessive and problematic, but that doesn't mean they wouldn't benefit from playing less,” he says.