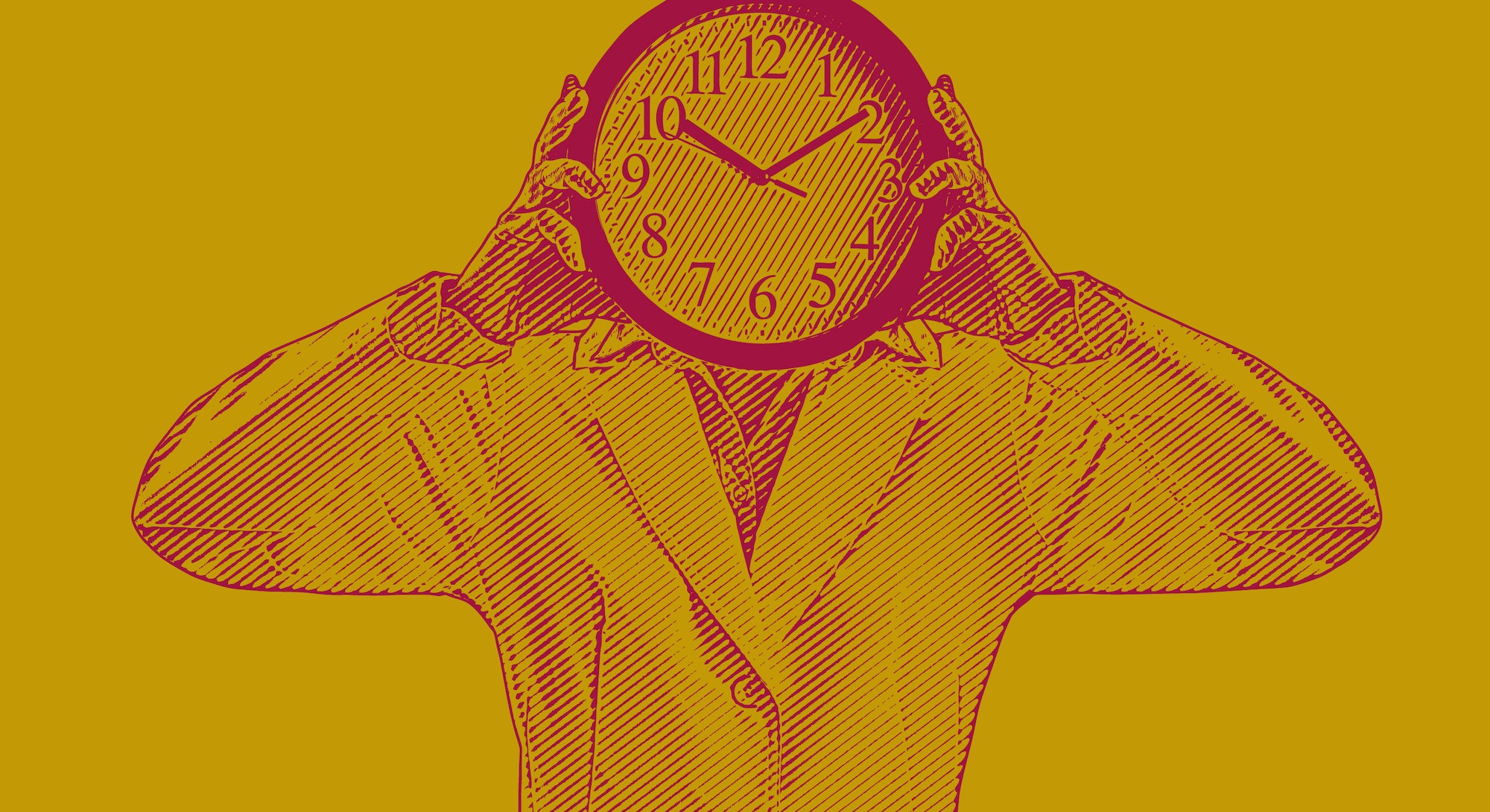 In 2011, Danny Bhattarai was in his first year at university when he started failing classes.

“It was class after class, year after year,” Bhattarai tells Inverse. He experienced wild mood swings, and he thought he might be bipolar. He went to his doctor, who referred him to a psychologist who presented a different prognosis: Attention Deficit Hyperactive Disorder (ADHD). A psychiatrist later confirmed his diagnosis. It came as a shock, Bhattarai recalls.

“I had never even heard of ADHD,” he says.

Bhattarai is not alone in discovering he has ADHD as an adult. Many cases of ADHD are diagnosed in childhood — it’s estimated that 5 percent of children in the world have the condition.

However, these children grow up, and an estimated 2.8 percent of adults in the world have a diagnosis of ADHD — although some never learn of their condition until well out of their childhood. In the United States, those numbers are slightly higher; the National Institute for Mental Health estimates that 4.4 percent of adults between the ages of 18-44 have ADHD in the U.S.

Whether diagnosed as a child or an adult, ADHD’s core features — difficulty focusing, trouble following through on tasks, and difficulty sitting still for prolonged periods of time — can have significant consequences for a person’s work life and career.

ADHD is a neurodevelopmental condition, and the symptoms often arise in childhood. As a result, it’s often thought of as a children’s disorder, even though symptoms persist into adulthood. As a result, ADHD is thought to be underdiagnosed in adults; some studies indicate that less than 20 percent of adults with ADHD are ever diagnosed or treated for the condition.

Many others may be misdiagnosed. This gap means the effect of ADHD on adults’ lives is not well understood. But a team of researchers in Sweden is trying to change that.

“It’s real, it's common, it's impairing, and if we don't treat it, there are real consequences.”

The researchers first wanted to quantify exactly how great an effect ADHD exerts on occupational outcomes, including factors like income and unemployment rates. In a study published last week in the journal PLoS One, the authors reveal that people with ADHD have significantly lower incomes and higher unemployment rates on average than do people without the disorder. The reasons are more nuanced than you might expect.

What they found — Using data from the country’s National School Register, the researchers extracted anonymized data on 1,221,453 individuals who graduated from the Swedish equivalent to high school between 1998 and 2008. They also pulled in information from other national databases, including those tracking population, education, labor, medical diagnoses, and prescription drugs.

Given that ADHD typically manifests itself in childhood, it’s been posited that the differences in occupational outcomes among those who have ADHD and those who don’t result from lower “educational advancement” — in other words, how well someone does in school. In the new analysis, this held, but only in part. When the researchers compared just the people who reached the same level of educational advancement, they found that employment outcomes were still lower among the people with ADHD.

The finding held true after the researchers controlled for other variables, including whether or not a person had another disability, whether they were medicated for ADHD, as well as whether or not they were immigrants and their gender. While these factors might change the degree to which occupational outcomes differed, in every case, people with ADHD fared worse than those without the disorder.

“Our estimates of crude income differences between individuals with ADHD and controls at the end of follow-up (around age 30) ranged between -19 to -35 percent across EAs. In a US-based sample of similar age, self-reported ADHD associated with 33 percent lower earnings,” the researchers write in the study.

The effect was not limited to income: Rates of unemployment were higher among those with ADHD compared to the general population as well, according to the study.

Why it matters — These findings raise important questions about why people with ADHD have poorer occupational outcomes — and what can be done to level the playing field. Lenard A. Adler is the director of the adult ADHD program at New York University Medical Center in New York City. He tells Inverse that while medication can help with the primary symptoms of ADHD, like difficulty focusing, there are often secondary symptoms that may be best addressed through therapy.

“Cognitive Behavioral Therapy can really help with issues like organization or breaking big tasks into smaller, more manageable tasks,” Adler says. Those kinds of behavioral changes aren’t addressed through medication alone, and they can be beneficial to people with ADHD, who typically have a harder time organizing and managing big tasks.

That was certainly the case for Bhattarai and higher education. “Things were so much easier academically after I started taking medication and learned coping strategies,” he says.

What are the symptoms of ADHD?

According to the fifth and most recent edition of the Diagnostic and Statistical Manual of Mental Disorders (DSM-5), ADHD can be broken down into three subtypes:

How the DSM-5 defines ADHD is important for employers and employees: The manual is the gold standard for diagnosing brain conditions and helps define criteria for which conditions receive clinical recognition — and accommodations. The DMS-5 has a complete list of symptoms and criteria for diagnosis, but here are a few things that might prompt you to be evaluated for ADHD:

Is ADHD a disability?

Adler says the criteria for what comes under the Americans with Disabilities Act “are determined based on differences in real-world functioning.” A diagnosis of ADHD is “necessary, but not sufficient to determine that.”

As he’s not a lawyer, Adler didn’t want to comment further, but according to the organization Children and Adults with ADHD website, “the ADA includes ADHD as a recognized disability. For an employee who has ADHD, the act can require the employer to provide reasonable accommodations, as long as it doesn’t create undue hardship for the business.”

Of course, it’s hard to know if your employer will view any given accommodation as an “undue hardship” for the business. But there are things people with ADHD can do to broach the topic with their employer.

How and when a person decides to disclose their diagnosis to their employer — and ask for accommodations at work — is an individual decision. That’s if you decide to tell your employer at all — many adults with ADHD choose not to tell their work colleagues.

ADHD at work: How to ask for accommodations

If you do disclose your diagnosis and ask for accommodations, Adler offers some advice: “It’s in your best interest to reveal when there is something that can be accommodated for.”

These asks should also be realistic, Adler says. For example, you could request a schedule that allows you to juggle fewer tasks at one time or to work a longer day to accomplish what you need to get done.

For adults with ADHD, Bhattarai offers a useful way to think about it: ADHD is “an explanation, not an excuse.”

“When I tell [an employer] I have ADHD, and I might make mistakes, this isn't me trying to avoid my responsibilities,” he says. “Rather, it’s me accepting that I will make mistakes, and I know I'll try my hardest to make up for it. I just need my employers to give me some slight slack.”

Adler says while employers’ responses can vary, “many employers do want to help.”

What kind of jobs are good for people with ADHD?

Adler says people with ADHD can succeed in most jobs, especially if they are seeking the right treatment and are given reasonable accommodations.

In general, a person with ADHD might have trouble with a job that is excessively rigid, detail-oriented, or has hard, inflexible deadlines, he says. For example, “accounting may not be an optimal fit,” Adler says.

“Just 'cause you don't relate to the common stereotypes doesn't mean you can’t have ADHD.”

In other words, one job type does not fit all, diagnosis or no diagnosis. Rather, it is what you do on the job that may matter more to your overall success.

Success at work is less about having the right kind of job and more about the particulars of the work environment.

“Having a deadline in and of itself isn’t bad; it can keep you on track,” Adler says. But a person with ADHD applying for a job with lots of deadlines might want to ask themselves the following:

Adler points out that people with ADHD can be a real asset to organizations.

“Individuals with ADHD are often incredibly creative,” he says. “They often approach problem-solving in a unique and different way.”

But employers don’t always understand the needs of people with ADHD, making it hard for them to thrive in a work environment.

For example, Adler says, “I've had individuals that have functioned fine in the workplace when they've managed themselves, controlled their own environment, and been able to work a longer day to get things done.” But when they get a promotion, Adler says, things can get tricky. “They’re suddenly less in control of their schedule.”

How can workplaces be ADHD-friendly?

Because people with ADHD can have trouble finishing tasks on deadline, a high-stakes job that gives them less control over their own schedule may mean they have less time available to get things done, Adler says. A promotion may also mean the person is suddenly placed in charge of managing other people’s work and schedules on top of their own work.

These kinds of demands can be harder for people with ADHD to manage because they involve keeping track of many moving parts, organizing and executing multiple large tasks at one time, and attention to detail. Collectively, these skills fall under something called “executive functioning,” which is essentially the brain’s task management system. Research suggests that inattention and disorganization (though not necessarily hyperactivity) are connected to executive function.

Ultimately, Adler says a start would be for more employers to recognize that ADHD even exists.

“It’s real, it's common, it's impairing, and if we don't treat it, there are real consequences,” he says.

Getting proper treatment for ADHD can improve not just your work life but your overall mental health and sense of well-being. This is something Bhattarai knows from his own experience, he says.

“ADHDers don't realize that ADHD affects emotions,” Bhattarai says. “Hell, I didn't know myself when I got diagnosed.” In addition to professional help, he strongly recommends reading books and articles which other people with ADHD have written about their experience with the condition.

“If you suspect you have ADHD but are doubting yourself, find stuff written by ADHDers. Everyone's experience is different. Just cause you don't relate to the common stereotypes doesn't mean you can't have ADHD.”

Adler believes that medication, therapy, and reasonable accommodations would go a long way to improve the poor occupational outcomes, like the ones the Swedish researchers found. If we can improve access to those tools, he says, “the productivity of your employees will improve. And I think it will be a happier and more productive workplace, which is really the goal for any employer.”

Beyond treatment and therapy, Bhattarai also recommends finding a support group online or in person.

“That’s the best advice I have,” he says. “I used to volunteer for an ADHD charity for years. One of the first times I felt right at home was in one of their group meets. Being in a room full of people who understand your struggles, I can’t explain the feeling.”

“ADHD can make us feel different and lonely. Find a community of ADHDers. It will help. A lot.”