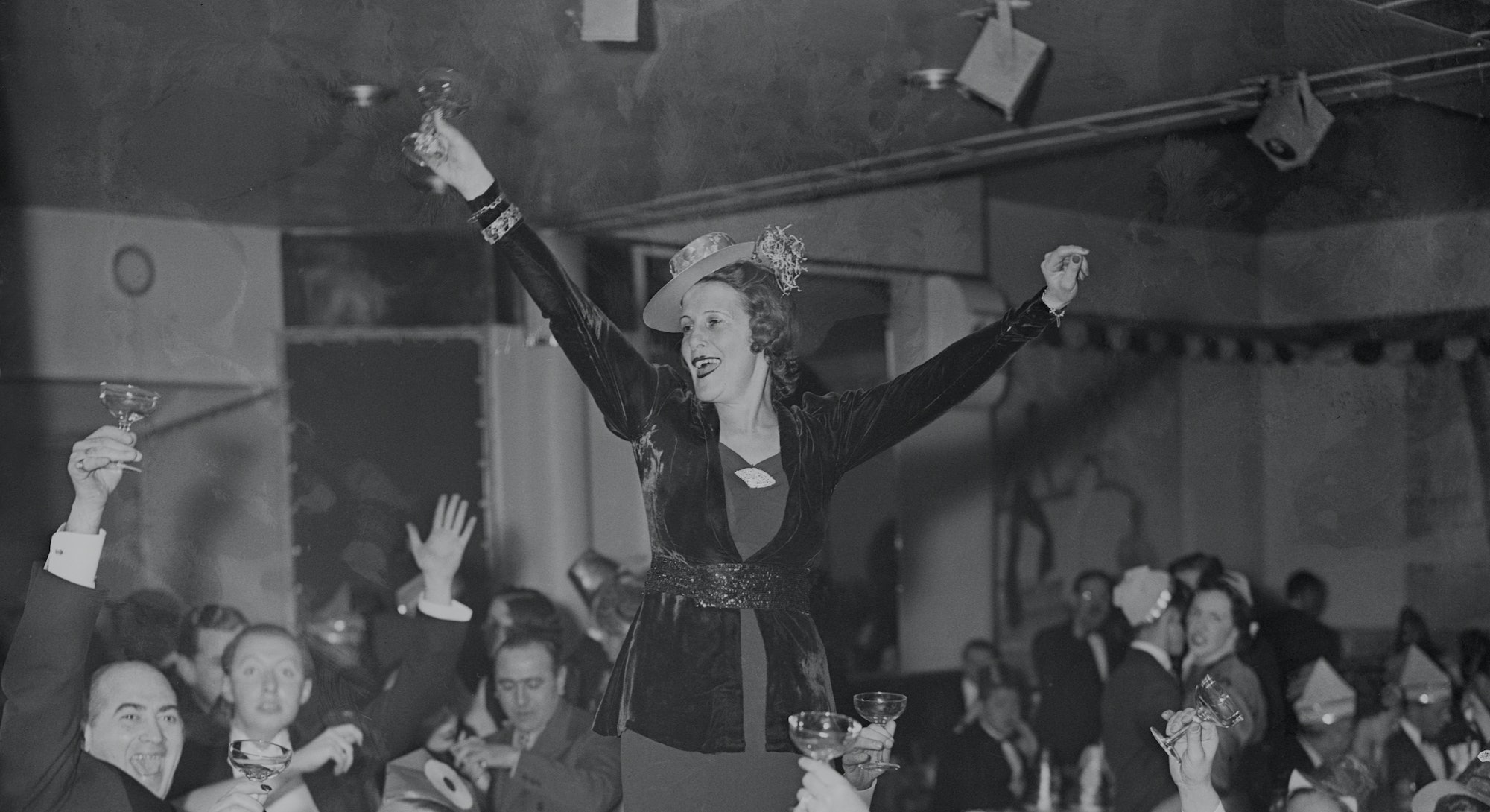 Are you doing “Dry January?”

It wouldn’t be a new year without a slew of social media posts from folks declaring they intend to stay sober for a month, after all, and perhaps you are one of them.

People who participate in Dry January — or “Drynuary” — forego drinking alcohol for the entire month. The idea is to start the year fresh. Alcohol can be terrible for one’s health, and January comes on the back of a month in which our society’s normalization of excessive alcohol use really revs up.

According to Dr. Richard de Visser, who has led several studies looking at outcomes for participants in Dry January, the results speak for themselves.

“We have found that at the end of Dry January, the majority of people who take part report better sleep, more energy, better concentration,” de Visser tells Inverse.

Taking a beat every so often to examine one’s relationship with alcohol — or just to give yourself a break from booze — seems wise. But depending on one’s relationship to drinking, abruptly abstaining (and abruptly starting again after a month of abstinence) can be dangerous and lead to even more problematic alcohol misuse.

This likely was not the intention of Jeremy Ore, who coined the term “Dry January” in 2006, nor the charity Alcohol Change UK, which turned Dry January into a national movement in 2013.

The origins of Dry January

Ore says he and his now-wife began practicing alcohol abstinence during the month of January in 2006. He describes his rationale in a 2015 Slate story thus:

“The idea was born as sort of a post-holiday cleanse, a way to atone for the excesses of food and drink that start around Thanksgiving and stagger through New Year’s…. An alternative to a traditional New Year’s resolution, Drynuary was a challenge to ourselves that was more coherent and realistic than going to the gym, but with similar benefits: feeling healthier, sleeping better, dropping a few pounds. Plus, unlike a gym membership, Drynuary saves us money.”

Alcohol Change UK took the term and ran with it as part of the charity’s effort to “change the drinking culture through ‘social contagion’ whereby healthy changes in beliefs and behaviour among a sub-group of people spread through the population,” according to one study.

But as more people have signed up to participate in Dry January (6.5 million in the UK, according to Forbes), the research is more limited. A search for “Dry January” and “Alcohol” on PubMed, the National Institute of Health’s repository for biomedical literature, turns up only 17 studies.

Depending on one’s alcohol use, abruptly abstaining from alcohol (or abruptly starting again after a month of abstinence) can be dangerous. So is Dry January a smart idea or potentially harmful?

The science of Dry January

Richard de Visser has penned several studies analyzing Dry January outcomes. In 2016, he wrote a paper entitled “Dry January does more good than harm,” based on a survey of people who participated in Dry January in 2015. This study found that “participation in abstinence challenges such as Dry January may be associated with changes toward healthier drinking and greater ‘drink refusal self-efficacy,’ and is unlikely to result in undesirable ‘rebound effects.’”

“The majority also report saving money, and just under half report some weight loss,” de Visser adds. “Furthermore, participants report feeling better able to manage pressure, expectations, or temptation to drink in a range of settings. More recently, our research has highlighted the benefits of registering officially for Dry January and making more use of the supportive emails, social media groups, and the ‘Try Dry’ smartphone app.”

Not every study finds such definitively positive outcomes, however. A cross-sectional study published in 2022 evaluated the effect of Dry January on alcohol consumption in England between January 2015 and January 2018.

“The increase in participation in Dry January between 2015 and 2018 was not associated with large corresponding changes in people drinking monthly or less frequently over the last 6 months, or in mean weekly consumption among drinkers,” the study authors conclude.

Is “Dry January” good for you?

“If you’re researching ‘does Dry January work’ I think you’re going to find that the answer is ‘it depends,’” Jennifer Sharpe Potter tells Inverse. Potter is a Professor and Vice President for Research at the University of Texas San Antonio.

Potter isn’t surprised that studies evaluating Dry January have differing outcomes. It’s important to remember that the reasons behind substance use —including alcohol use — is complex and personal, but studies often lump things together in a more binary way. For example, a study might look at how many people “successfully” completed Dry January by abstaining from alcohol — even if dramatically reduced alcohol intake could be considered a success for some individuals.

“Many people stop drinking on their own. Many people use informal support networks,” Potter says. “That’s not always studied, but you can't just say that because we haven't studied it, there's no value to it.”

Beyond “does it work or not,” Potter thinks it’s more instructive to understand the allure of Dry January.

“I think it's about understanding where the energy is behind it, why it's appealing to people. And then thinking about how can we harness that?” she says. “Because I do think it’s an opportunity to learn something [about one’s relationship to alcohol].”

Taking a break from alcohol can be an opportunity to “reset and be aware,” Potter adds. Dry January can be a socially acceptable way to go about this.

The popularity of Dry January is in and of itself interesting, Potter says, and may be a reflection of shifting societal attitudes about alcohol.

“Culturally, I’m starting to see us enter this contemplation phase, or pre-contemplation phase, about our relationship to alcohol,” she explains. “I’m also seeing a trend — I think in part because cannibis is legal in so many places — people are considering what substances they entertain,” she adds.

The growing popularity of alcohol-free beer, wines, and cocktails also speaks to these shifting attitudes. Efforts like Dry January can increase people’s awareness about nonalcoholic options and normalize not drinking in social settings that usually involve alcohol.

“I hope we’re starting to normalize not drinking,” she says.

Are there any risks to Dry January?

“It most likely won't harm anyone. But there are risks. People don't understand that for people with a significant tolerance or an alcohol use disorder, there are medical concerns.”

Abruptly abstaining from alcohol after consistently drinking heavily for long periods of time can result in seizures, withdrawal, or worse.

According to Harvard Health, mild symptoms of alcohol withdrawal include:

“Anxiety, shaky hands, headache, nausea, vomiting, sweating, and insomnia. Severe symptoms often kick in within two or three days after you stop drinking. They can include hallucinations, delirium, racing heart rate, and fever.”

If you experience any of these symptoms after abruptly abstaining from alcohol, contact your doctor immediately.

Similarly, abstaining for a month can lower a person’s tolerance for alcohol — which means they may get dangerously inebriated off an amount of alcohol they used to be able to tolerate.

Dry January might not be for everyone, de Visser points out. It isn’t a magic bullet that can right your relationship with alcohol in a mere five weeks. If you’re contemplating taking part, he advises considering whether Dry January is what you need, or if a different strategy to redress a personal relationship with alcohol might be better for you.

“The Dry January website, therefore, sits within the broader Alcohol Change UK site,” he says, “which provides information about numerous sources of support for people considering reducing their alcohol intake.”

If you are questioning your relationship with substances, the Substance Abuse and Mental Health Services Administration website has helpful resources.