Does creatine make you stronger? How the supplement may boost athleticism

“Creatine is definitely not magic.” 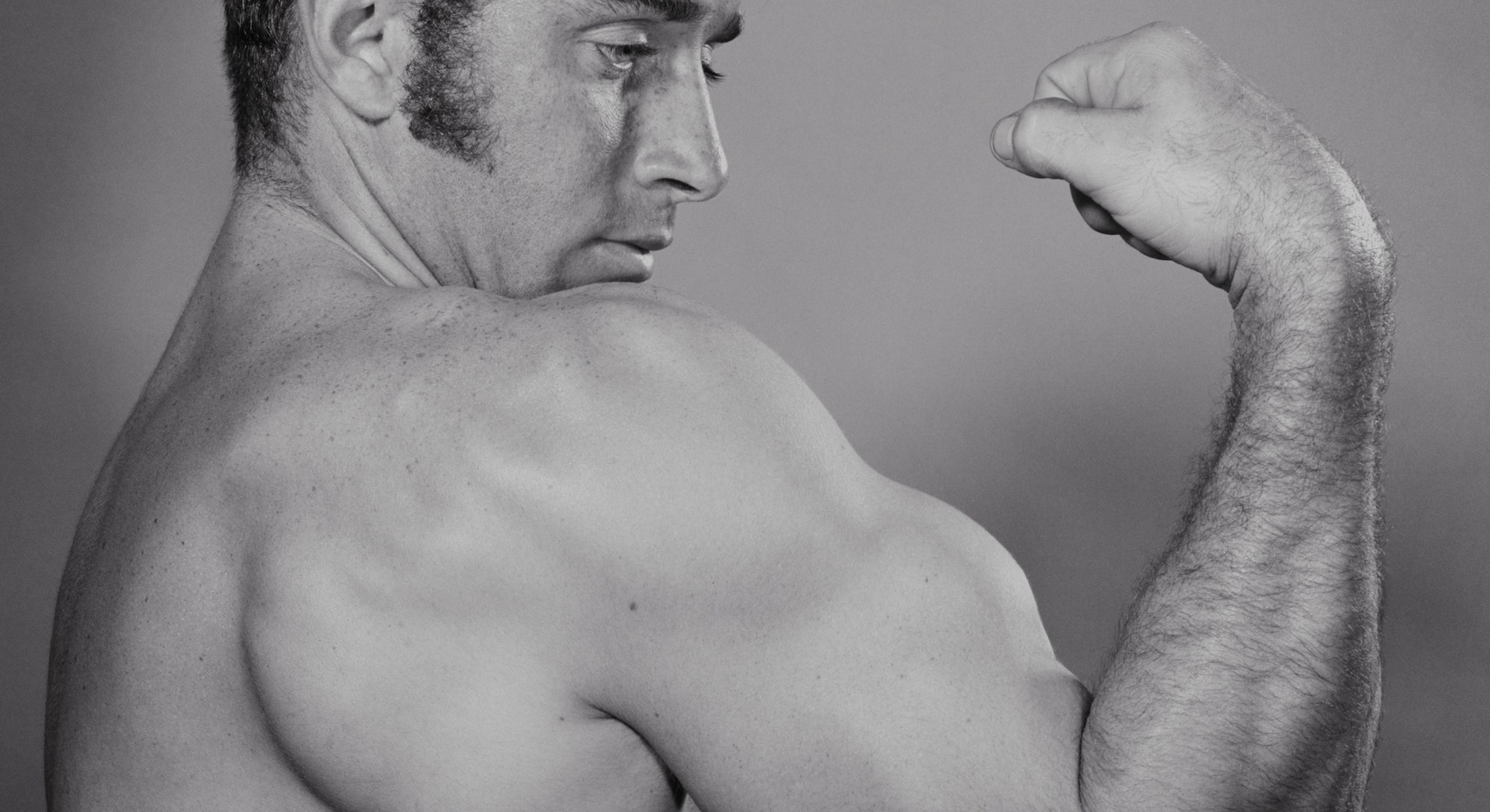 Scan the shelves of any supplement aisle and you’ll see myriad self-improvement claims.

Want wrinkle-free skin? Take a collagen pill. Feeling fatigued? Pop some B vitamin capsules. When it comes to sports supplements, these assertions are taken to the extreme. Among these, one substance rises to the top: Creatine.

Sports supplements sell themselves on a promise of peak performance by way of optimal nutrition — enabling the everyday athlete to run faster, lift heavier, and build rock-hard muscles. This is big business: The global sports nutrition market is projected to reach $34.5 billion by 2028 — yet the regulation around these supplements and their claims is murky. Creatine is a little different, however.

Does creatine work to build muscle?

Hundreds of studies suggest creatine can help build lean muscle mass and improve athletic performance. Based on this body of data, creatine is now one of the most popular sports supplements on the market — you’ll find it in cabinets of pro-athletes, bodybuilders, collegiate competitors, and even casual runners or gym-goers. Americans consume a staggering four million kilograms of creatine each year.

Sports nutritionists, exercise scientists, and human performance experts tell Inverse creatine is safe for healthy individuals to take in moderate doses. When consumption is combined with exercise, it can lead to optimal health, performance, and aesthetic gains — depending on your goals.

Creatine isn’t a quick fix solution that will instantly transform you into LeBron James, but it could be a healthy add-on to promote strength building and vitality over time, especially if you do high-intensity exercise.

“By and large, creatine is probably the most well-researched sports supplement there is,” David Rogerson, a lecturer, sports nutritionist, and strength-conditioning expert at Sheffield Hallam University, tells Inverse.

Rogerson explains that creatine has a modest benefit that varies from individual to individual, it will not result in some “life-changing, massive improvement.”

“With so much pressure to have a six-pack, why wouldn’t you take supplements?”

“The benefit can be in a sport, performance, physique, and health-related context,” Rogerson explains. “You are able to train harder, and if that work accumulates over three, six, nine months, or a year, you have achieved a benefit. But don’t expect the world because you are not going to get it.”

“Creatine is definitely not magic,” Jose Antonio, professor of health and human performance at Nova South Western University and co-founder of the International Society of Sports Nutrition, tells Inverse.

But when it comes to exercise, it is “incontrovertible” that creatine increases lean body mass, muscular strength, and muscular endurance, he says.

Bruce Lampros, a 27-year-old public policy consultant in Washington, D.C., has taken creatine on and off for a decade to build muscle. He was motivated, in part, by some of these same self-improvement aspirations.

“We talk a lot about the societal pressure to be thin on girls but there is also a pressure to be big on guys,” Lampros tells Inverse. “With so much pressure to have a six-pack, why wouldn’t you take supplements?”

Lampros saw some benefit from creatine, but only when he was consistently training in the gym simultaneously.

“It’s called a supplement for a reason, right?” he says. “You still have to put in the work.”

In an industry rife with false claims, poor quality control, and misleading marketing, creatine may be about as safe and effective a sports supplement you can find.

Why is creatine so popular?

Creatine’s name is derived from the Greek word for flesh (kreas). Creatine is itself an amino acid — one of the molecular building blocks of protein. It is found in the body’s muscles and the brain and it helps your muscles produce and use energy during periods of stress — like strength training.

The human liver, kidneys, and pancreas naturally produce about one gram of creatine per day. Typically, the rest of people’s creatine supply is sourced from food, primarily red meat and seafood. The average meat-eater consumes about one to two grams of creatine via their diet daily.

The supplement dates all the way back to 1832 when French chemist Michel Eugene Chevreul first extracted the compound from a slab of meat. In the early 1900s and beyond, researchers confirmed the compound’s anabolic effects in humans, showing supplementation increased creatine content in muscles.

“Creatine is providing the raw materials for explosive energy.”

However, it wasn’t until the 1992 Barcelona Olympics, when 100-meter gold medalist Linford Christie and 400 hurdles gold medalist Sally Gunnell partially credited creatine for their victories, that the supplement surged into the mainstream. By the 1996 Atlanta Olympics, an estimated 80 percent of athletes competing in the games were taking creatine.

Creatine supplements have been tested across a variety of human populations, from adolescents to the elderly. No serious adverse effects have been reported. Some people report some weight gain, which Antonio attributes to the gain of lean muscle and some water retention.

Beyond the muscle-building and endurance effects, emerging data suggests creatine could also have neuroprotective effects — helping mitigate the devastating and deadly risks of concussions, traumatic brain injuries, and spinal cord injuries. Evidence is preliminary, Antonio says, but if the results confirm the early findings, that could be game-changing for sports that are rattled by CTE.

“When you’re dealing with healthy people, there’s not a downside to taking creatine for your brain,” Antonio says. “And there might be an upside.”

The power of creatine comes down to energy. That’s because the compound, a member of the guanidine phosphagen family, helps regenerate adenosine triphosphate (ATP), which is the energy-carrying molecule found in the cells of all living things.

“As a mechanism of action, creatine is providing the raw materials for explosive energy and a potential greater pool of resources to draw upon,” Rogerson, the sports performance expert, explains.

Creatine is especially helpful for power and strength activities that require short bursts of energy — like deadlifts or sprints.

“Any sport that involves muscular power of strength — it will help,” sports medicine professor Antonio says.

Tanya Miller, a 27-year-old graduate student and amateur bodybuilder from Columbus, Georgia, has been taking creatine consistently for over a decade. After taking creatine regularly, Miller says she didn’t notice any dramatic shifts.

“The only noticeable qualitative thing that I do remember is that my endurance was better,” Miller tells Inverse. “I could get more reps out, I would feel less of the burn, and less fatigue.”

For Miller, creatine was one of the first and longest-lasting supplements that she felt confident about using. Now, it’s a mainstay in her routine, she tells Inverse.

“You’ve got to exercise, get plenty of sleep and stop eating crap. It’s that simple.”

Rogerson cautions that even though the muscle and performance benefits exist, they’re a bit overhyped.

“It’s not something that is making this massive, whole scale change to your physiology, or creating a life-changing improvement that you think you are going to get,” Rogerson explains.

“For me, it is a bit disappointing in that regard, because it is marketed as something that is amazing and fantastic.”

The supplement industry is a giant, profitable machine, churning out different formulations designed to boost your metabolism, make you happier, or increase focus. Often, supplement brands sell a shiny new potential life to consumers, feeding off people’s insecurities, athletic goals, and aesthetic desires. It’s the “take the pill formula” and then you become the person that you want to be, Rogerson explains.

“You are appealing to someone’s sense of self, their appearance, and their body image, and you are making a promise to that person that if you use this product, you are going to become whatever idealized version of yourself that you might have in your head,” Rogerson says. “You are playing on someone's insecurities and you are doing it in a way that makes it seem easy,” Rogerson says.

The reality, Rogerson says, is that dramatic physical changes where people will drop lots of body fat and gain muscle take time, consistent effort, and a huge amount of mental and psychological resources.

Lampros, the public policy consultant, now focuses on working out in a way that makes him feel good and energized, versus chasing muscle gains.

How to decide if creatine is for you

Each expert agrees that no supplement can replace a well-rounded, plant-heavy diet, good sleep, and lots of physical activity. While the performance and wellness space may offer a million products targeted at people hoping to turbocharge their health, it’s these basic daily habits that add up to a long, healthy life.

Antonio puts it bluntly: “You’ve got to exercise, get plenty of sleep and stop eating crap. It’s that simple.”

But if you’ve got those bases covered and you want an athletic edge, creatine may be worth trying.

So if science supports chucking a few grams of creatine in your pre-workout shake, how much, how often, and how long should you take it?

Everyone responds differently, but the purest, most popular, and evidence-based form of creatine on the market is creatine monohydrate. Typically, people start creatine loading, taking 20–25 grams of creatine, split into four to five equal doses for about a week. After a week of loading, people typically take three to five grams per day necessary to maintain muscle stores of creatine. Research suggests it is safe for healthy populations to take up to five grams daily for up to five years.

Creatine has so many benefits that people should take a low, consistent dose throughout life, Antonio suggests.

“Supplements are part of a bigger package of health.”

Rogerson doesn’t go so far to suggest creatine is for everyone, but he does say it can be worth a try. But when it comes to other sports supplements on the market, he cautions readers to have a healthy degree of skepticism.

The performance supplement industry has a “hard-core element” that’s been endemic since the rise of bodybuilding in the 1950s and 1960s, Rogerson explains. He references the trend of supplement contamination— shady products laced with banned and illegal drugs, or tainted batches of supplements being pulled from the shelves.

According to a PEW investigation, between 2007 and 2016, the Food and Drug Administration found that 776 dietary supplements from more than 145 companies were contaminated with drugs, including prescription medicines, banned and unapproved chemicals, and steroids or steroid-like ingredients.

With limited oversight capabilities, the FDA cannot protect consumers from these hidden harmful products or ingredients. That’s because, under current regulatory guidelines, manufacturers are not required to submit their supplements or products for FDA review or approval. To better ensure pure formulations, some companies are voluntarily opting for third-party testing, but it is still far from the norm.

The National Institutes of Health offers a user-friendly guide to navigating exercise and performance supplements and the FDA has an insightful Q&A, which can help you wade through the somewhat confusing industry.

It’s also helpful to talk to your healthcare provider before taking any performance or dietary supplement, even creatine.

“Understand that supplements are part of a bigger package of health that already includes eating, exercising, recovering, and sleeping well,” the Rogerson says.

“The possible benefit they can only ever give is going to be about a one percent improvement.”