5 types of food that can optimize health and reduce stress 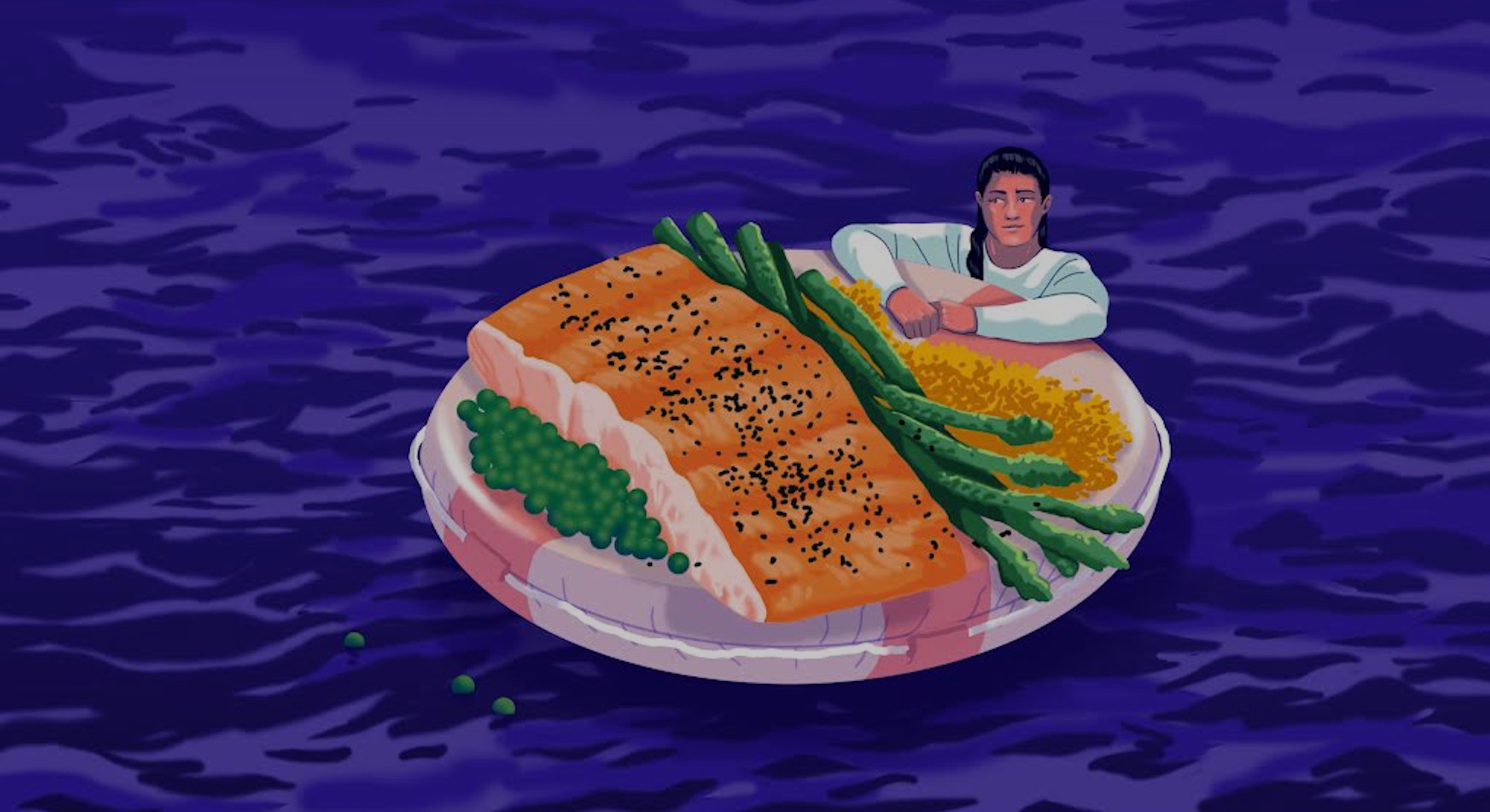 Sabrina Szigeti was stressed in college. Like, more than most.

Between being president of the creative writing club, clocking hours at a work-study job, and managing an online community for a popular Youtuber, there was limited freedom to think about salubrious dining.

“I was full-time and determined to do well, and I was,” Szigeti tells Inverse. “But it was at the risk of my health.”

Sabrina, who uses the pronoun they, frequently ordered takeout because they didn’t have time to study and whip up a full meal. Like many college students, eating Ramen noodles, boxed macaroni and cheese, and frozen meals became the norm.

“Food became just something I needed to have so I didn't physically or emotionally feel bad,” says Szigeti.

A year and a half after graduating with a degree in creative writing, they’re still getting their eating habits back on track.

Szigeti’s experience is common. Decades of research have found that college students’ eating habits are uniquely based on convenience. They often rely on fast meals they can access easily — frequently fast food — or skip meals altogether.

A study of Korean college students, published in 2020 in the journal Nutrients, found that college students were more likely to snack on candy and pre-packaged cakes than fruit or nuts, and often skipped breakfast. Another study of European students found a link between test stress and eating less fruit and more junk food.

While the stress of balancing school, résumé-boosting extracurriculars, and work often leaves no time to focus on nutrition, you can actually hack your eating habits to reduce stress by focusing on these five key types of food.

When you’re anxious or stressed, your body undergoes physiological changes that throw it into fight or flight mode. This 150-million-year old fear response prepares the body to either run from a threat or fight it off.

The hypothalamus signals the adrenal glands to release the stress hormone cortisol into the bloodstream, where it pumps alongside adrenaline.

Then, your body allocates its resources to the major muscles and organs it needs to handle a threat while growth and digestion temporarily grind to a halt.

Jenny Breen, a chef and nutritional educator at the University of Minnesota, who teaches an undergraduate nutrition cooking class, says your body can’t get all the nutrition from the food you eat if you’re stressed.

“If we aren’t well-nourished, stress doesn’t get alleviated, and your body isn’t capable of absorbing what you’re feeding it when it’s in fight or flight mode, even if you’re eating nutritious foods,” she says.

But the body has a natural solution: rest and digest. In this state, the parasympathetic nervous system is activated. Food moves smoothly through the digestive tract, and the liver breaks down carbohydrates into glucose that the body uses for energy.

Breen recommends taking time to unplug — rather than eating in front of the TV or your laptop — and really focus on the act of eating. She also tells her students to take a few deep breaths before taking their first bite to take their bodies out of fight or flight.

“When you stop and take a deep breath, you tell your body that it’s OK to take its defenses down, to stop and absorb nutrients,” Breen says.

If Breen, the nutritional educator, has one piece of advice on eating to reduce stress, it’s to focus on eating whole foods.

“The more you can eat food that doesn’t have labels, the less you have to worry about,” she says.

Eating fresh, whole foods can be easier said than done when you’re on a budget, but Breen says eating produce that’s in season can help since it’s more likely to be on sale. Dried beans and whole grains like rice are also great budget-friendly whole foods, and variety is key.

“It doesn’t matter how many calories are in something nearly as much as what nutrition that food will give you,” Breen says.

Exactly what you’re eating will depend on preference, and Breen shies away from recommending specific foods, but a stress-reducing diet should include the following five food groups:

As a bonus: a study published in Aging Cell found that extra virgin olive oil improves brain plasticity and memory.

4. Greens — It’s vital to eat a variety of different colored produce since colors denote which key nutrients a fruit or vegetable is rich in. But if you have limited options, Breen says go for the greens.

“Green and orange are the most important colors, and green more than anything. If you eat green food, especially leafy greens, every day, you’re going to be getting the vitamins you need. Eating them with healthy fats will ensure you're absorbing them in the most efficient way,” says Breen.

Broccoli, in particular, contains a compound called sulforaphane, which has neuroprotective properties that studies have shown produce calming and antidepressant effects in mice. The flavonoids and folic acid in spinach have also been shown to reduce stress and depressive symptoms.

3. Probiotics — Tons of recent research has focused on the gut-brain connection and how keeping your gut healthy can have beneficial consequences for your mental health.

One review of seven studies, published in 2020 in Brain and Behavior, concluded that probiotics do appear to have an anti-stress effect. Still, it’s unclear whether or not they impact the release of cortisol, as some past research has suggested. Probiotics have also been shown to relieve depression and anxiety when used in conjunction with other therapies.

Breen recommends drinking kombucha only occasionally since it’s high in sugar. But kimchi, miso, yogurt, and sauerkraut are good options for a daily dose of probiotics.

2. Prebiotics — Although probiotics have recently been the darling of gut research, prebiotics are just as important, says Breen.

Animal studies have shown that a specific prebiotic called fructooligosaccharides, which is found in high amounts in artichokes, may be a natural stress-reliever. One study found that when rats ate a prebiotic-rich diet before undergoing an acute stressful event, their gut microbiome, typically affected by acute stress, didn’t undergo any changes. They also had healthier sleep patterns.

1. Drink Water — You probably hear this simple piece of advice all the time, but it’s essential. Studies have shown that even mild dehydration can raise cortisol levels. According to the National Academies of Sciences, Engineering, and Medicine, people should get around three to four liters of water a day, 20 percent of which can come from food. Produce, especially cucumbers, which are about 96 percent water, and eggs, which contain about 75 percent water, are both options if you need to sneak more water into your diet.

Don’t Let Food Stress You Out — Paying attention to what you eat is hugely important for reducing stress, but it can also become a source of stress and even lead to disordered eating. Breen’s best advice is to allow yourself to indulge in some junk food every once in a while if that’s what you feel like doing.

“Sometimes ice cream and cookies are the right thing to eat. What we need to do is allow ourselves to indulge, even if it’s a short-term pleasure, and not have a whole lot of emotional drama to justify having done that,” says Breen. “That’s really important for mental health, too.”

As for Szigeti, they’ve made progress since college, but they say it’s still a battle to unlearn those bad habits.

Optimize is Inverse’s wellness-focused back-to-school guide, providing students of all ages with the science-backed tips they need to prepare their minds and bodies for the return to school.