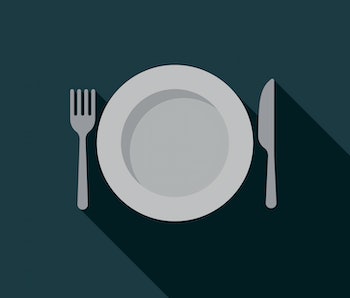 If there was a diet to define 2019, intermittent fasting — skipping meals or squeezing all your eating into shorter windows — may well be it. But despite the diet’s popularity, we wanted to know: Does science back up all the hype? In July 2019, Inverse asked some of the world’s leading nutrition, physiology, and metabolism experts how intermittent fasting actually impacts your body, so you don’t have to.

Here’s your science-backed guide to the diet of 2019. But as always, consult a health professional before starting any diet or making any major lifestyle change.

The diet is simple in theory — followers cycle through periods of abstaining from food and periods of eating normally — but how it affects the body is a bit more complicated.

But the experts suggest going hungry for a little while isn’t always a bad thing. Of course, that’s if going hungry is a choice, not a necessity.

Some intermittent fasters opt to stop eating around 8:00 p.m., skip breakfast, and eat lunch around 1:00 p.m. During fasting periods, people drink black coffee or tea as well as water to stave off hunger pangs. Others choose more regimented eating patterns like the 5:2, where people fast two days of the week, or a more extreme approach, the one-meal-a-day (OMAD) diet, where people squeeze all their daily caloric intake into a single meal.

Mark Mattson, researcher at Johns Hopkins University who has been studying intermittent fasting for decades, compared the diet’s impact on the body to that of exercise.

“During exercise, there’s stress on the cells. They don’t grow and get stronger and bigger during the exercise but during the resting period.” Mattson told Inverse in July. “So we think that with intermittent fasting —during the fasting period — the cells go in kind of a stress-resistance mode. And then when you eat, they’ve prepared themselves to quickly take up nutrients, proteins, and grow.”

When we eat, our body releases insulin to help cells convert glucose from food into energy. If glucose isn’t used immediately, insulin helps store the excess in fat cells. But when we abstain from food over extended periods of time (more than 16 hours), insulin isn’t released, prompting the body to break down fat cells for energy. That, in turn, leads to weight loss.

Giving your body a break from being flooded with insulin might be beneficial. Physician Monique Tello told Inverse that constantly flooding your system with insulin has dire health consequences.

Some studies suggest intermittent fasting helps reduce inflammation, stabilize blood sugar, protect the brain through aging, and even extend life. A century of laboratory research links the practice with the prevention of age-related disease, including tumors, cardiovascular disease, diabetes, and dementia.

However, much of that research was conducted in animal models, so the evidence that intermittent fasting holds miracle health benefits for humans is thin.

How the eating pattern affects people with diabetes, the elderly, adolescents, or people with compromised immune systems hasn’t been determined yet, either. Experts caution that anyone with a history of disordered eating should also be wary of the diet, as it requires ignoring hunger cues and could lead to unhealthy approaches to food.

“I have a problem when someone is actually feeling biological hunger and you’re going to disregard that,” Evelyn Tribole, a nutrition expert and proponent of another popular trend, “intuitive eating”, told Inverse. “I think that’s problematic, especially with anyone who has a dieting history or an eating disorder; they’re more likely to get engaged in binge eating and emotional eating.”

Lastly, many of the benefits of intermittent fasting are seen with other approaches like the plant-based diet, which doesn’t force you to go hungry.

How you eat is a personal choice. But if you want to live longer and stay out of the hospital, Tello suggests that, on the strength of the evidence, adopting a plant-based diet, or even the Mediterranean diet, may be the healthiest option.

As 2019 draws to a close, Inverse is counting down the 25 science stories from this year that made us say “WTF.” Some are incredible, some are icky, and some are just plain strange. This has been #3. Read the original article here.

More like this
Mind and Body
Jan. 21, 2023
Do detox diets work? A dietician breaks down the murky science
By The Conversation and Taylor Grasso
Mind and Body
Jan. 23, 2023
Can spicy food boost our gut health? Here's what the science says
By Katie MacBride
Science
Jan. 21, 2023
Can spicy foods cure colds? A neuroscientist reveals the encouraging truth
By Elana Spivack
LEARN SOMETHING NEW EVERY DAY.
Related Tags
Share: