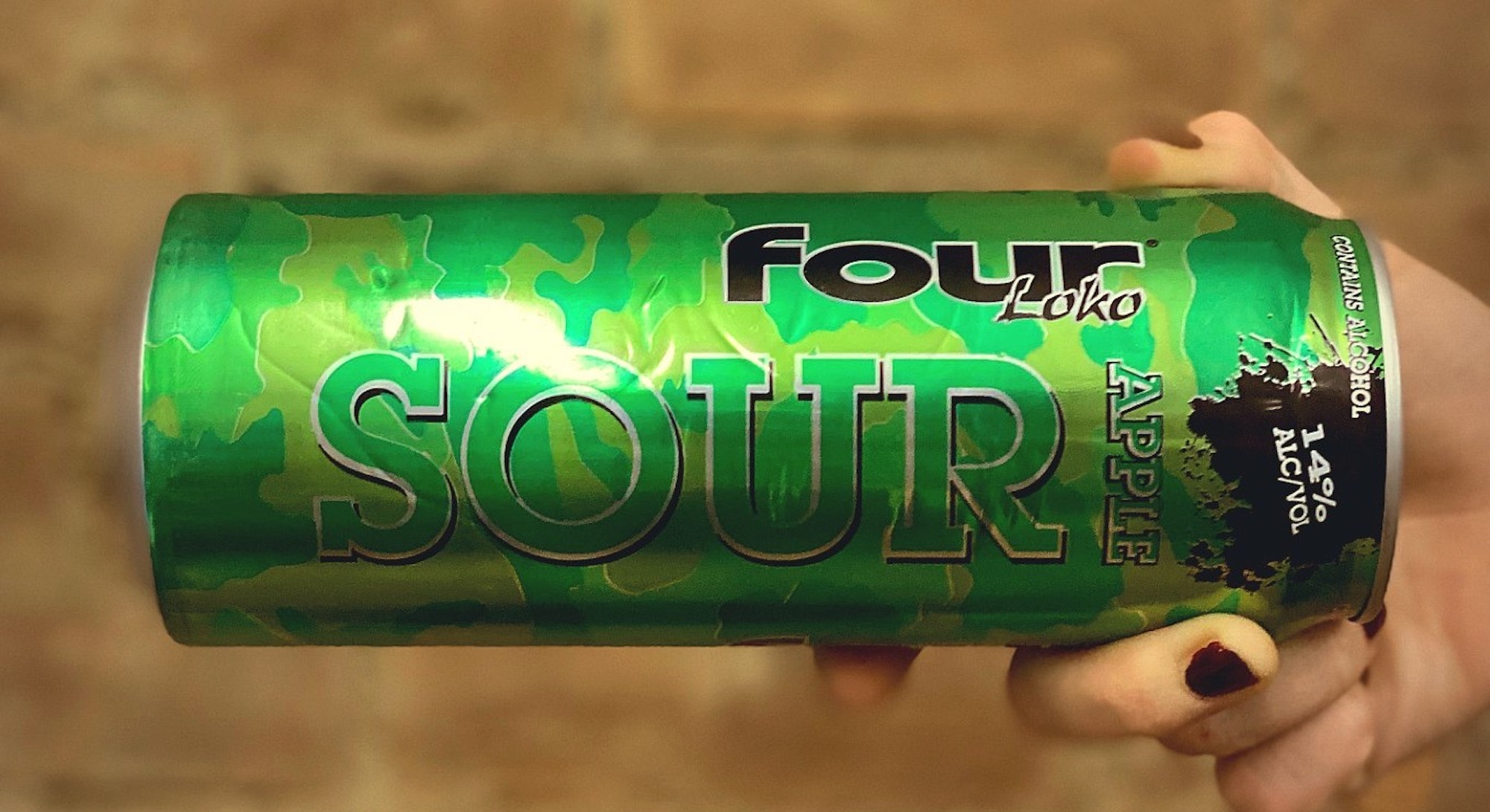 They don’t make Four Loko like they used to.

When the neon-colored alcoholic drink relaunched without caffeine, it lost some of the punch that made Four Loko a household name among college students in the mid-2000s. But don’t worry, there’s still plenty of alcoholic content in that tall bright can — more than you might realize.

Four Loko relaunched in 2014, and to this day researchers are worried about the damage it could be causing due to its high alcoholic percentage. The culprit? That brightly colored label.

Even without the caffeine addition that made the old Four Loko so dangerous, the alcohol content, which ranges from 8 percent to 14 percent (like the company’s hard seltzer) is more than enough to do the job. Research published in The American Journal of Public Health Research found that in Florida, more than 60.7 percent of 300 students underestimated the number of alcoholic drinks in a Four Loko by one or more drinks. In Virginia, 71.1 percent of 197 students got it wrong by one or more drinks, and in Montana, 44.6 percent of 336 students were off-base.

In this study, lead author Matthew Rossheim, Ph.D., of George Mason University, has shown that students “grossly underestimate” how much alcohol is actually in a can of Four Loko. His earlier work also suggests the same.

The 14 percent ABV Four Loko cans are the equivalent of 5.5 drinks, these authors say. But they can still read “4 3/4” servings.

“Consuming a single one of these products over the course of two-hours can put youth and young adults well over the legal per se driving limit of 0.08 g/dL; consuming two cans puts them at risk of alcohol poisoning,” Rossheim says.

Why is it so hard to tell how many drinks are is in a Four Loko? This team says it comes down to the way it’s labeled.

Inverse has reached out to Four Loko for their comment on this paper. We’ll update this story with their response.

How much alcohol is in one can of Four Loko?

The typical supersized can of Four Loko is 23.5 ounces, which is described as 4.75 servings of the drink on the label. But depending on the state you’re in and the flavor of Four Loko you’re drinking the can may actually have different percentages of alcohol by volume (ABV). Ultimately that changes how many alcoholic drinks are actually compressed into that same 23.5-ounce space.

Depending on the state, Four Lokos are either 8 percent ABV (like in Montana), 12 percent ABV (in Virginia or Florida), and some newer formulations have as much as 14 percent ABV. On all cans, it says there are 4.75 servings, but per can, you actually are consuming between 3 and 5.5 drinks depending on the ABV content.

At the end of the day, that works out to more drinks consumed, even though it’s the same sized can.

Here’s the conversion the authors used in this study.

“So it appears that students are better at estimating and understanding the alcohol content when Four Loko has a lower (8%) alcohol by volume,” says Rossheim.

Just because these undergraduates underestimated the amount of alcohol in a can of Four Loko, that doesn’t mean that everyone does. Four Loko, though, has faced some blowback about their labeling before.

In 2011, the Federal Trade Commission demanded that Four Loko’s parent company Phusion Projects, LLC, change the labeling, and argued that 11 and 12 percent ABV Four Lokos were marketed as single-serving beverages, but actually contained as much alcohol as four to five beers. Phusion Projects complied with the changes, though Jaisen Freeman, co-founder, Phusion Projects, LLC told Consumerist that the company stood by the clarity of the packaging.

Rossheim would like to see Four Lokos limited to 8 percent ABV for a 23.5 ounce can. He’s not the only one. In 2015, 17 state attorneys actually wrote to Phusion Projects, LLC demanding the reduction in alcohol content to 8 percent ABV, which they called the “industry standard.”

“The company not only ignored their request but has since released several new flavors with even higher abv (14%),” says Rossheim. “In the absence of voluntary compliance, it is urgently important that legal or regulatory actions be taken to reduce the alcohol by volume of supersized alcopops.”

Again, Inverse has reached out to Phusion Projects for comment.

As it stands, it’s actually far more confusing than it seems to figure how many drinks are in a classic Four Loko than it seems. If Rossheim’s results hold up, it’s hard enough for undergrads when they’re sober, let alone in the midst of a frat party disaster.

Background: Four Loko, the leading supersized alcopop brand, is a pre-mixed alcoholic beverage containing up to 5.5 standard alcoholic drinks in a can. In 2013, the Federal Trade Commission (FTC) mandated the addition to Four Loko cans of a label indicating its alcohol content in standard drinks, presented as “alcohol per serving” and “servings per container.”