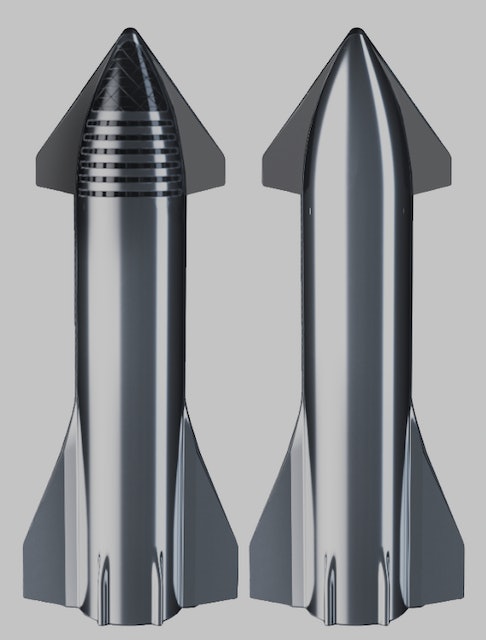 Once again, the past, present, and future of humanity exist in this newsletter. It’s a lot for a Friday morning, but the writers at Inverse have a talent for exploring big, complex ideas and conveying them memorably, and with a bit of humor.

The past: ancient humans. The present: technology to make you a better driver. The future: vacations in space.

Thanks for reading. I’m Nick Lucchesi, an editor here at Inverse.

This is an adapted version of the Inverse Daily newsletter for May 7, 2021. Subscribe for free and earn rewards for reading every day in your inbox.

With SpaceX SN15, SpaceX cleared a big hurdle — There were a few flames on the way down, but SpaceX's Mars passenger transport to-be stayed intact and marked the first successful landing of the massive rocket. John Wenz has the story:

On Wednesday afternoon, the SpaceX rocket prototype rose to an elevation of around six miles before coming back down, pulling off a “belly flop” maneuver on the way down to take advantage of aerodynamic drag before reorienting itself to make a soft landing on the ground at the SpaceX facility in Boca Chica, Texas.

However, upon landing, a three-story fire broke out that threatened to make the rocket a smoldering cinder like some previous Starship flights. After it was able to be suppressed, the rocket was relatively intact. The next step may be to see if it can refly with the same engines — a crucial step in reusing the rocket.

Scientists want to make you a better driver... with lasers — By combining LIDAR data and a holographic head-up display, researchers in the UK hope to keep drivers aware of their surroundings, reports Jordan Golson:

Head-up displays have been incorporated into many top-of-the-line vehicles, but they still suffer from a few problems, including the possibility that their placement on the dash cluster can be distracting to drivers due to the need to look down and not giving a holistic view of obstacles the car might encounter.

But researchers at the University of Cambridge want to change all that... with lasers.

In a new study published in late April in Optics Express, researchers revealed a new laser-based, holographic head-up display for cars that could make driving significantly safer. It would allow drivers to use augmented reality to see anything from their current speed or where the next turn is to safety-critical items, like where pedestrians or street signs are even when blocked from view.

The tides of Jupiter — The Juno mission detected the gravitational effect of Jupiter's moons on the planet's interior, reports Passant Rabie:

Jupiter isn’t much like Earth — which makes Caltech grad student Benjamin Idini’s research into its tides all the more interesting.

There are no waves to ride for would-be Jovian surfers. “If you were to try and dive into Jupiter, you would never stop,” Idini tells Inverse. “You would just keep falling in until the pressure is so big that it would probably crush you.”

In a study published in The Planetary Science Journal, Idini and colleagues took a look at the effects Jupiter’s 79 moons might have on our Solar System’s largest planet and compared it to the effects we see between the Earth and Moon. As a gas giant, Jupiter lacks the solid core of rocky planets like Earth and Venus and is made of liquid metallic hydrogen under extreme pressure.

Understand the world through 10 images — NASA's commercial Crew-1 mission returned to Earth this week as Ingenuity continued its flights on Mars. Here are the 10 biggest science stories of the week, from Bryan Lawver:

Two historic NASA missions made headlines the week of April 29–May 5, while new species, eco-friendly building materials, and cannabis farming were studied on Earth. Here are the biggest science stories of the week, told through 10 incredible images.

How much does a Blue Origin ticket cost? — Jeff Bezos could send you to space. Blue Origin, the Amazon founder’s aerospace company, announced Wednesday that it will auction off a single seat aboard its New Shepard rocket for a July 20 launch to space.

Watch the Curiosity rover explore a Mars landmark — NASA's Curiosity is still going strong nearly a decade into its mission, and a new set of images shows its arrival at one of the most important sites on Mars.

Let me know what you think of this daily dispatch by emailing newsletter@inverse.com. You can follow me on Twitter at @nicklucchesi, where I share some of my favorite stories from Inverse every day.