Forget Tesla: Experts say these 4 tech companies are the future of self-driving cars

“Tesla has overpromised with its marketing for nearly 5 years and severely underdelivered.” 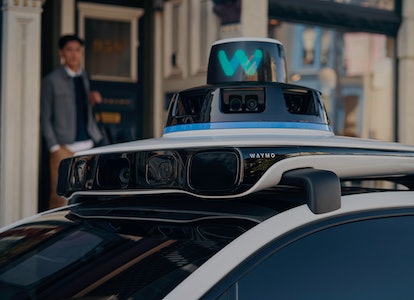 We were promised self-driving cars before the end of the last decade, and those predictions are turning out to be wildly, hilariously wrong. But things may be catching up — and the loser of the pack, according to Sam Abuelsamid of Guidehouse Insights, is Tesla, which may surprise droves of Elon-stans.

The market research firm performed an analysis of the entire emerging autonomous driving industry, and the company wasn’t just last in the just-released annual scorecard — it was last by miles and miles.

“Of course there is also the elephant in the room that is Tesla,” Abuelsamid tells Inverse. “To be honest, I'm not sure they really belong in this group at all, but the company and CEO have been so insistent that they are developing ‘full self-driving’ ... and they get most of the attention from media and financial markets that I felt they should be here just to demonstrate where they actually stand.”

It’s not as if it’s been an easy road for anyone involved in the autonomous industry. We’re firmly in the trough of disillusionment as autonomous car companies bite the dust, are scooped up by well-funded competitors, or simply take much longer to reach fruition than we thought.

The Trough of Disillusionment is part of something called the Gartner Hype Cycle, and it follows the Peak of Inflated Expectations. Remember that? Back in the mid-2010s, when Uber and Google were going to launch robotaxis in every city around the world, and before we knew it, the streets would be safer and greener, and then all those predictions turned out to be total bunk.

But never fear, the hype cycle of overpromising and underdelivering and dashed hopes and sunken dreams has a happy ending. Though many companies remain cautious, we’ve seen real progress in the self-driving car world over the past year, according to Abuelsamid.

One thing is different this year, however. “For the first time, the focus is on the companies developing the automated driving systems rather than those that will deploy the technology on the road,” he says. “Thus we have Argo AI instead of Ford and VW and Aurora instead of Uber or Toyota.”

Unless you’re a serious autonomous car buff, it’s likely that you won’t recognize most of the names listed, but you will, soon enough. Here’s a look at the leaders from the 2021 Guidehouse Insights Leaderboard.

Tesla has the hype (and the money)

To say that the report is critical of Tesla is underselling it a little bit. Not only does Tesla score at the bottom of the pile when it comes to execution, but it’s also even further behind on strategy.

“Tesla’s approach to testing its system is fundamentally at odds with virtually every other company in this industry,” claims the report, which is available in full for $3,950 on the Guidehouse Insights website. Regardless of what Elon Musk claims, Tesla explicitly says in its operating instructions that “Full-Self Driving” requires drivers to keep their hands on the wheel, ready to take control at all times.

“The hands-on, eyes-on requirement essentially makes FSD a driver assist system not covered by California rules and allows Tesla to market the system as more than it is,” says the report.

It’s not all bad. The report points out that Tesla has staying power, despite being close to bankruptcy several times over the years. The world’s leading electric car maker was recently worth an eye-watering $800 billion — that’s more than the next eight most valuable automakers combined. Tesla took the opportunity to sell an additional $10 billion in stock, raising valuable capital to buy itself a lot of additional runway and the cash to build several new gigafactories around the world.

“Tesla needs a thorough rethink of its approach to developing ADS. It has overpromised with its marketing for nearly 5 years and severely underdelivered. Until Tesla is more honest it is unlikely to improve in the rankings of this Leaderboard.”

Baidu is the leading Chinese autonomous technology company, sporting partnerships with many companies, including Volkswagen, BMW, Ford, and a host of Chinese carmakers. It’s operating test flights without safety operators in both Beijing and California, and it has the most extensive development fleet in China.

Its Apollo system is comprehensive, utilizing “lidar, radar, and camera sensors along with cellular vehicle-to-everything (C-V2X) communications all running on a custom-designed compute platform,” says Guidehouse. “Baidu already provides a range of communication, mapping, and streaming services to automakers in the Chinese market and is building on that base for its ADS (autonomous driving systems) ambitions.”

It’s well-positioned with a wide-ranging software stack but could use more hardware partners to maximize its growth opportunities in the crowded (but booming) Chinese autonomous driving market.

3. Where competitors come together: Argo AI

While it might seem odd for competitors to invest together, lower-level autonomous technology isn’t necessarily the differentiator you might think it is. That’s why both Ford and Volkswagen have invested billions in Argo AI, the third-highest scoring company on the Guidehouse leaderboard.

“VW plans to launch its first product with Argo in 2023 using the production version of the electric ID Buzz minivan as a platform,” says Guidehouse. At the same time, Ford is working on an autonomous vehicle based on its new Escape hybrid crossover.

The report specifically calls out Argo’s testing on highways in Miami. “Highway driving capability will enable Argo-powered AVs to expand operating domains to more areas of the regions they serve,” says the report. It does note that Argo AI has not shown off its autonomous tech with public ride testing as Waymo has.

2. Not just for crypto and Crysis: Nvidia

GPU-maker Nvidia is one of the leaders in both autonomous hardware and software. The tech that makes its GPUs effective for crypto mining also makes it highly effective for neural network processing and autonomous vehicles.

“In addition to hardware, Nvidia has developed a relatively complete ADS software stack that encompasses everything needed including signal processing, perception, driving policy, and control elements,” explains the Guidehouse report. The Nvidia Drive hardware platform is rather dominant in the industry. Mercedes-Benz parent company Daimler has chosen Nvidia’s Orin system on a chip and its software stack to build its next-generation electric architecture upon.

While it might be a surprise that Tesla is at the bottom of the rankings, the company on top shouldn’t be. Waymo, a spin-off from Google, launched fully autonomous rides for members of the public at its pilot program in Chandler, Arizona without a safety driver on board. That’s something that no other company has been able to do, aside from extremely limited trials.

Both Volvo and Stellantis (née Fiat Chrysler) have selected Waymo’s platform to power their future Level 4 self-driving vehicles, and it’s now on its fifth-generation autonomous driving stack with new, lower-cost sensors. Waymo plans both an expansion of its fully autonomous ridesharing service that is piloting in Arizona and an autonomous delivery service that will use vans from Stellantis.

Early last year, Waymo raised its first external round of financing that didn’t come solely from Alphabet/Google. “The decision to take outside investment is believed to be related to the recognition that broad deployment of AVs is not imminent,” says the Guidehouse report. “The new investment gives Waymo additional runway to grow revenue and reach profitability while reducing the spending by Alphabet.”

There’s a good chance your first ride in an autonomous robotaxi might be in a Waymo vehicle.

0. Then there’s everyone else

The list goes on and on. Just about every legacy carmaker has invested in one or more ADS companies. And each ADS company seems to have at least one carmaker (if not more) invested in it.

While preventing vehicle crashes is a primary driver of advanced self-driving tech, it’s far from the only motivator. Driving down the cost of transportation (a self-driving Uber doesn’t need health insurance benefits and potty breaks like a human driver might) and reducing congestion are all significant factors as we look towards the city of tomorrow.

We’re still a few years away from reaching the Plateau of Productivity at the end of the hype cycle, so there’s plenty of time for both new and existing players to leap to the forefront. Still, it seems like things are about to get exciting again in the world of self-driving tech.

Then sign up for PRNDL, my car review newsletter, free on Substack. And email me with your car questions!