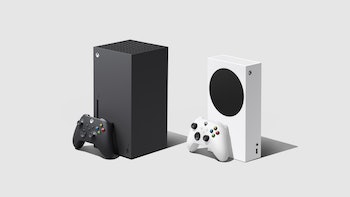 Xbox Series X and Xbox Series S will finally launch on November 10, and they could become hard-to-find items like the PlayStation 5 and PS5 Digital Edition this holiday season. As such, it's a good idea to pre-order the Xbox Series X or S if you already know that you want to get one sometime soon. Unlike the PS5 pre-orders, which wound up popping up randomly before they were supposed to, Microsoft has set a firm day and time for when pre-orders will begin.

Here's exactly when you can claim a next-gen Xbox.

We only recommend products we love and that we think you will, too. We may receive a portion of sales from products purchased from this article, which was written by our editorial team.

Microsoft confirmed in an Xbox Wire blog post that pre-orders for the Xbox Series X and S will go live at 11 a.m. Eastern on Tuesday, September 22, 2020 for those of us in North America. That means you'll probably have to take a bit of time out of your workday next Tuesday to pre-order, but at least we have a concrete idea of when we can actually find these pre-orders.

If you're in other regions, the time for when Xbox Series X and S pre-orders go live is a bit different. According to Xbox Wire, pre-orders go live at 8 a.m. BST in the UK, 8 a.m. AEST in Australia, 8 a.m. NZST in New Zealand, and at 9 a.m. CEST in Europe, the Middle East, and Africa. Xbox All Access pre-orders will only be available in the United States, UK, Australia, New Zealand, Denmark, Finland, Norway, and Sweden on September 22.

For those that plan on getting their console with the Microsoft All Access payment plan that lets you pay for it in monthly installments over the course of two years, only Best Buy, GameStop, Microsoft Store, and Walmart will have it. If you live outside of the United States, you can find a full list of the retailers that will have Xbox's next-generations consoles on Xbox Wire.

While it won't be as stressful as the PS5 pre-orders because we know exactly when they are going live, interested fans will still have to act fast if they want to pre-order one of Xbox's next-gen consoles. Microsoft has noted that "supplies are limited" in a press release about pre-order dates and times. And if PS5 pre-orders were any indication, next-generation consoles sell out very fast.

If you really want to pre-order an Xbox Series X or Xbox Series S, the safest bet is to refresh your preferred store page right at 11 a.m. Eastern so you can pre-order as soon as it's available. Otherwise, you'll just have to hope that the systems go back in stock before launch later this year.