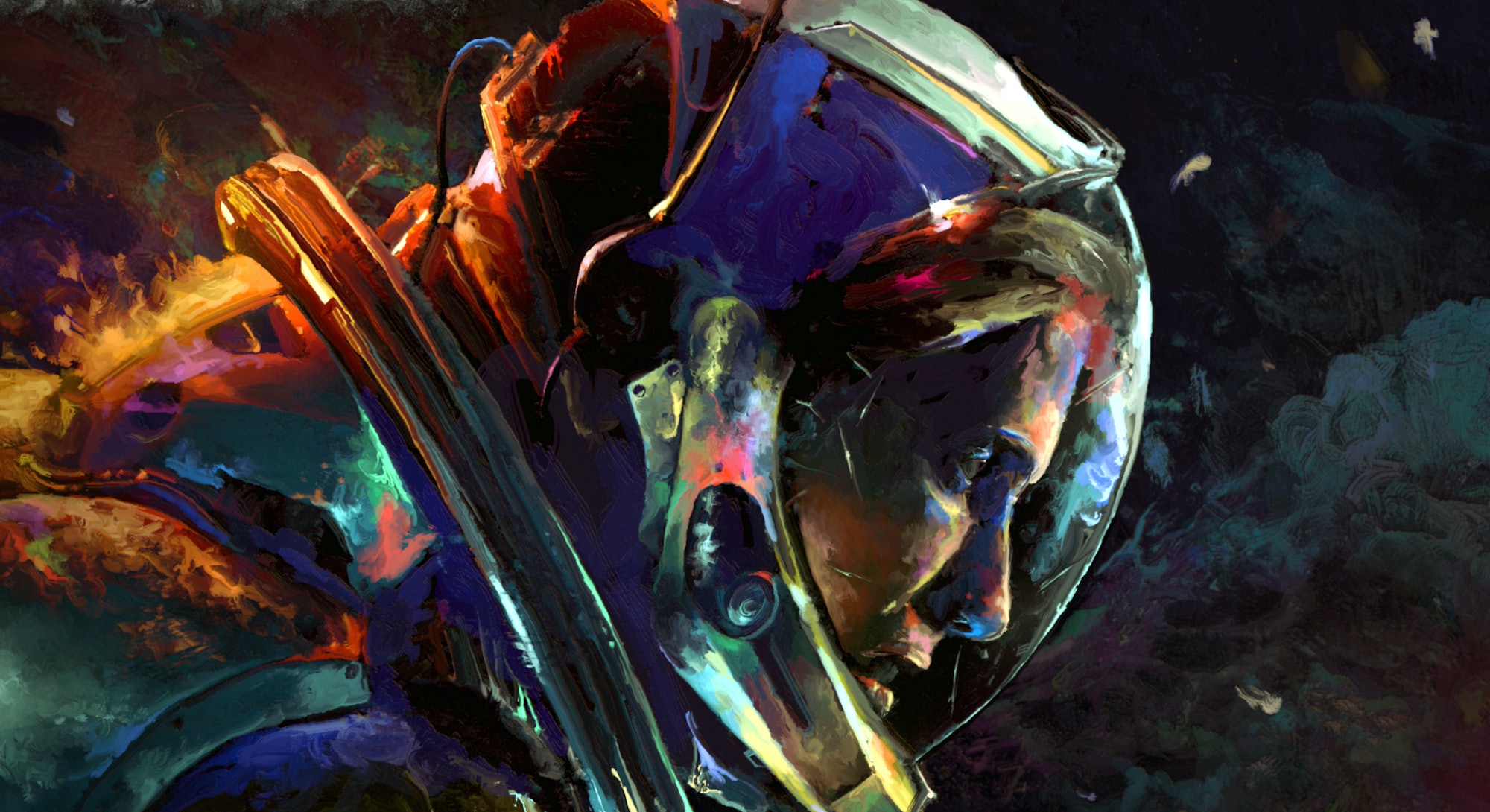 Boss battles in Returnal put the hell in the bullet hell subgenre.

And the best fight in the entire game also leads to its most heartbreaking twist. The whole thing was so traumatizing that I had to go lay down after.

In Returnal, you play as Selene, an astronaut caught in a time loop after crash-landing on a planet filled with countless Lovecraftian monstrosities. Most of them spew enough lasers and plasma to kill Selene instantly, so it’s only through careful maneuvering and wielding alien technology that she can even the odds. Even so, Selene dies countless violent deaths. Maybe it’s a stray lunge from an enormous dog with tentacles or a blast from one of Selene’s own reanimated corpses. But each time, she jolts awake during the crash that started it all.

At first, death in Returnal is shocking and scary. One moment you’re running through the forest, and the next, Selene is shattered against a wall. You eventually grow numb to her pained dying gasp around the time that simmering resentment begins to fester.

Returnal is punishingly hard, and every death is a lesson learned, an opportunity to be better. Eventually, one boss battle changes it all: death, life, the nature of everything.

After venturing through an ever-changing forest and a dangerous Mars-like wasteland on the opposite side of the rogue planet, Selene climbs an ancient castle to investigate the source of the “White Shadow” broadcast. The first time I reached the source, I’d blazed through the entire castle in a single run.

Returnal can be like that. You die very early and very often, then something clicks, you get a great gun, and you plow through 20 percent of the entire game.

In a dark tomb-like room, a horned alien lays hunched over with tubes running out of various parts of its body. The last of the Xenos, Nemesis lurches towards Selene with some psychic power, and she passes out. Selene awakens to see a floating mountain with a ghost face, flanked by huge flying octopus creatures. Is this a literal nightmare, a subdimensional space, or both? The ghost face burps plasma balls in the shape of overwhelming helixes. The octopods blast huge lasers. Creepy eye stalks emerge from below, also bristling with huge lasers. Your only hope against Nemesis and his creepy turrets is to keep moving.

Show this fight to anyone who’s never heard of Returnal, and they might cry.

The first stage of the Nemesis battle is somewhat manageable thanks to a linear perspective and a decent amount of distance between you and the boss. You strafe left and right with little room to move forward or back. But the jaw-dropping second stage kicks things into high gear.

The ground rumbles beneath you, and the platform falls apart just as Nemesis explodes, leaving you in a 5-second freefall as he teleports a mile away. Except instead of certain death at the hands of an unknowable cosmic power, you dive towards more floating platforms with the triangle-shaped targeting reticle that means you can use your relatively new grappling hook.

You zip between rising and falling platforms that evaporate at random, peppering the boss from afar with gunfire in the milliseconds between each grapple. The laser and plasma blasts, beams, and spirals get even bigger, but because they’re so far away, the tells are easy to digest. Maintaining composure and remembering to breathe is everything because you can never stop moving. Get too close and the attacks are harder to dodge, yet it becomes easier to hit Nemesis in the heart.

The chaos and focus on snappy movement evoke the excellent sections of Marvel’s Spider-Man from Insomniac when Peter Parker is poisoned and hallucinates all sorts of wild things in the environment. A cinematic scale and excellent audio design make for a brain-melting setpiece.

There are plenty of gameplay videos on YouTube, but here is one of our favorites.

Returnal is always pure chaos, an oversaturation of violence that’s surprisingly light on the gore. You either embrace a flow state or you play a different video game. Nowhere do you feel less in control of the experience than Nemesis, where the foundations of the experience literally shatter. The sheer intensity of the encounter makes it feel like the game’s final boss, and yet this is only our midpoint.

Selene breathes a sigh of relief when Nemesis explodes for the last time. We’re treated to a breathtaking cutscene: Selene’s rescued and labeled a hero back on Earth, where she retreats to an idyllic and rustic farmhouse to play piano, fall in love, and grow old enough to die a peaceful death. Fluffy sweaters, brilliant flowers, and delicately plucked piano keys make for a soothing contrast to the intensity of moments ago.

“Is this what death feels like?” you wonder as Selene’s hands grow wrinkly at the piano, and she’s lowered into a grave so far that the light from above is a tiny, tiny, speck.

And then Selene gasps awake, back in that forest once again after decades of life on Earth. It is the gnarliest narrative twist in gaming since BioShock’s ending. This is already far beyond the part in the Groundhog Day scenario where the protagonist despairs and becomes unhinged. The only choice Selene has is to keep going, emboldened by the fact that the forest has finally changed after all of her time away. Could that be an indication that escape is possible? Or just a grim reminder that death is inevitable?

Returnal’s ending doesn’t offer much in terms of closure — it doesn’t shy away from the inevitability of death or how grief messes with our psyches. By ascribing some small meaning to the meaningless loops of Returnal, we begin to see how it resonates in our own lives. What are we really looking for?

Maybe the answer is 15 seconds of peace.