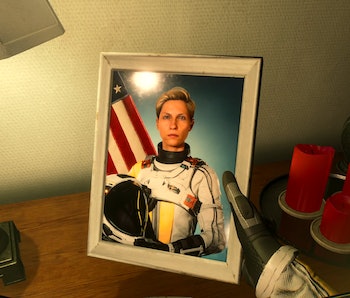 As one of the first true PlayStation 5 exclusives, there’s a lot of pressure on Returnal to deliver a memorable video game experience.

It already has a lot to prove to a mainstream audience as a third-person shooter that borrows from niche genres like bullet hell games and roguelikes. Now, it must also serve as a compelling exclusive that makes people feel like their $500 next-generation console and $70 game purchase were worth it.

Reviews for Returnal dropped on April 29, just a day ahead of launch. Did the game live up to expectations?

What do reviewers love about Returnal?

Across the board, reviewers seem to adore Returnal. The game currently sits at an 86 on the review aggregate site Metacritic. Game Informer’s Daniel Tack gave the PS5 exclusive a 9.5, praising its tight gameplay and compelling story: “Housemarque’s third-person shooter delivers lightning-fast action transfused with incredible exploration, featuring equal doses of intensity and lingering unease,” he writes.

Returnal follows a woman named Selene who is trapped on an alien planet. “While anything but a blissful fairy tale, the narrative functions more like a soothing balm to the endless cycle of doomed runs and discomforting discoveries,” Tack explains. “When things were at their worst after a few failed runs, at least I was learning more about the mysteries that tie the world together.”

Housemarque is well known for making games that feel amazing to play, like Resogun and Nex Machina for PlayStation 4. By most accounts, Returnal can is up there with the best Housemarque games.

“The fast-moving combat manages to appear incredibly daunting, bordering on overwhelming, without ever actually becoming insurmountable,” Mike Epstein writes in his 9/10 review for GameSpot. “Every moment is a rush, either because you just barely evaded a giant purple laser or because you have no idea why there's an Apollo-era astronaut following your every move.”

Returnal captures the exhilarating feeling of roguelike games in a third-person shooter format, and reviews appear on board with the risk-vs.-reward decisions the roguelike setup relies on.

The game is also reportedly a fantastic showcase for the PS5’s DualSense technology:

“Barring Astro’s Playroom, this is the best usage of haptic feedback and adaptive triggers so far on the platform because it actually makes a difference in how you play,” Mitchell Seitzman concludes in his IGN review, giving the game an 8. “Sure, it’s cool to be able to feel raindrops on the controller, but what’s even cooler is having that added element of sensory feedback to let you know when your alt-fire is off cooldown in the form of a very specific feeling rumble in your controller.”

Sony has set a pretty high bar for its exclusives with games like The Last of Us Part II, and early reviews indicate that Returnal lives up to that standard.

While reviews for Returnal are mostly positive, almost all of them point out one thing that might be a flaw for some: the game can be difficult to the point of frustration.

The game is already a tough bullet hell on its own, but random elements can make the experience more frustrating than enthralling as they can ruin runs that are already pretty long for a roguelike.

“I just wish success wasn’t so tied to luck, which only exacerbates any frustrations you have when repeatedly trekking through areas you’ve already beaten,” Kirk McKeand says in his interview for The Gamer. However, he still gives the game a 7.

Lots of people will probably pick Returnal up because they’re desperate for a new PS5 exclusive, and those people might be disappointed with how tough the game is to get into initially. “The initial difficulty curve of Returnal is steep, and I'm guessing will turn off some number of people who've enjoyed the game's spectacular trailers and want something new to play on their fancy PS5,” Patrick Klepek notes in an impressions piece for Vice.

Another complaint voiced by Jeff Grubb in his 6/10 review for GamesBeat is that there isn’t a lot of variety in the compelling builds players can make. “This lack of variety in the style of play makes every run feel samey, and they begin to blur together,” he says. “That leads to a rote feeling that made me want to put down the game when I was struggling with the difficulty.”

The best Returnal runs seem to rely on RNG to get the tools that focus on keeping Selene alive, which might remove some of the in-depth character building that makes games like Hades so compelling. In their positive review, IGN even voices frustration at the fact that you can’t save at any point during the game’s longer runs. Many of these issues do seem to come down to what you can tolerate in a roguelike.

If difficult games aren’t for you, then you may want to skip Returnal. On the other hand, if that doesn’t phase you and you enjoy roguelikes with intriguing worlds and intense gameplay, then Returnal seems like a must-buy for those who actually have a PS5.