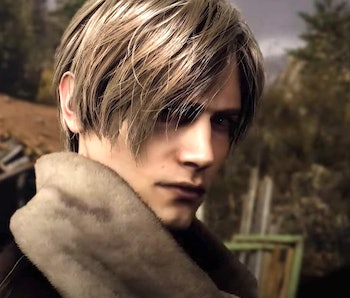 With Halloween around the corner, Capcom is treating fans to a Resident Evil showcase this week, offering more information about upcoming projects. Much like a Nintendo Direct, the event will likely have new details about future games, with updates on existing projects we already know about. But when will the livestream air, what can we expect from it, and how can we watch it? Here’s what you need to know about the October 2022 Resident Evil showcase.

When is the Resident Evil showcase start time?

The Resident Evil Showcase airs on Thursday, October 20, 2022, at 6 p.m. Eastern. It will be livestreamed worldwide, but you’ll also be able to watch it afterward as a standard video.

How to watch the Resident Evil showcase

The upcoming showcase will be broadcast on the official Resident Evil Twitch and YouTube channels. Capcom says anyone is able to co-stream the event.

What to expect from the Resident Evil showcase

Capcom confirmed the showcase will feature more details about the Resident Evil Village Gold Edition, which includes the Winters’ Expansion. This expansion comes with additional story DLC, a new third-person mode, and extra Mercenaries features, such as the ability to play as Lady Dimitrescu. The event will dive into the Winters’ Expansion, ahead of its October 28 release.

We’ll also get a closer look at the Resident Evil 4 remake, which is set to debut in March 2023. It’s unclear what will be shown, specifically, but we’re hoping to see more of the game’s enemies, gameplay mechanics, and world. It’s also possible we’ll get a demo for the game, though this hasn’t been confirmed. The Maiden demo for Resident Evil Village launched on January 2, 2021, five months ahead of the game’s full launch on May 7 release.

Beyond that, the company said fans can expect much more from the event. It’s unknown if we’ll get announcements of new games, or something else entirely. It’s likely we’ll see more of Resident Evil RE: Verse, a multiplayer game that was initially supposed to launch in 2021 alongside Village. RE: Verse is due out on October 28, 2022, but Capcom will probably show another trailer ahead of its release.

It’s also possible Capcom will announce other Resident Evil games, though don’t expect much in this regard. The company is no doubt working on the next mainline Resident Evil installment, but at this point, it seems early for the company to reveal it just yet.

We’ll find out more on October 20 during the Resident Evil showcase.

More like this
Gaming
14 hours ago
This is the best way to watch The Game Awards 2022
By Robin Bea
Gaming
Dec. 5, 2022
The Power Cosmic is Marvel Snap’s new season — here’s what to know
By Joseph Yaden
Gaming
Dec. 2, 2022
Assassin's Creed Infinity release date, gameplay, and everything we know
By Joseph Yaden and Willa Rowe
Related Tags
Share: