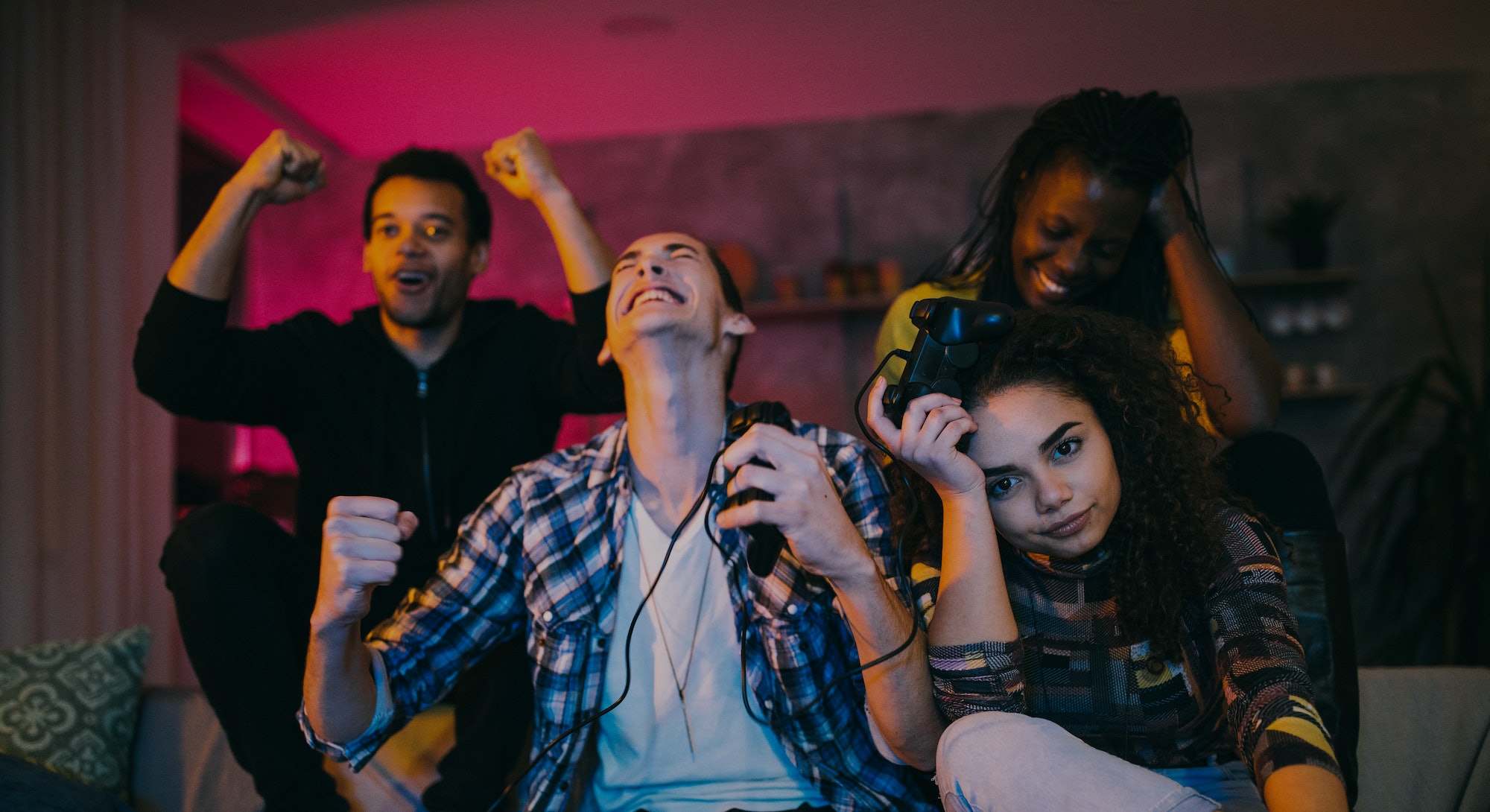 Smack talk is an inescapable part of any kind of competitive activity. Whether you’re playing pick-up basketball or squadding up in Call of Duty: Warzone, there will most likely be someone trying to get under your skin by calling you a noob or worse.

But for a long time, the specific type of trash talk used in gamer communities pretty much stayed there. Then, massively popular games like League of Legends and Fortnite made online gaming into a mainstream hundred-billion-dollar industry, dragging those gamer terms into the spotlight, and there’s no word that better embodies how geeky jargon has made it into the mainstream better than “Pwned.”

The gamer slang is a misspelling of “owned” that has come to mean a person being totally and completely dominated by an opponent in any situation. If your trivia team loses by double digits, then you’ve been pwned just as badly as getting zero-to-death comboed in a match of Super Smash Bros.

“'Pwn' is a lot like the sense of 'own,' which means ‘to have power or mastery over (someone),’” the Merriam-Webster dictionary explains. “It has also been used to describe the act of gaining illegal access to something.”

That secondary definition stems from the hacker and programming community that have used the word to describe obtaining unauthorized control of someone else’s computer. It’s a word steeped in internet history, but its origins predate the web and were largely based on misunderstandings and typos that were then adopted as an idiom.

The origins of “Pwned”

The earliest use of the word pwn might come from a game of chess in 1935, decades before the internet was invented.

The match was between Grandmasters Alexander Alekhine and Max Euwe, and rumor has it that Alekhine — who might have had a bit too much to drink — shouted, “I will pawn to your knight” with a heavy Russian accent. Euwe and the spectators present were said to have heard, “Evil pwn you tonight.”

There aren’t any audio or written records of this outburst and there’s some evidence that it was a myth. (Chess grandmaster and author Raymond Dennis Keene posted a thread on the Chess Games forum where he claims Euwe told him that Alekhine was sober during their infamous game.) Keene also never mentioned anything about Alekhine's alleged smack talk, which leads me to believe this is more folklore than reality.

But chess would eventually turn pwn into a word used by early programmers.

The advent of digital computing in the 1950s resulted in a generation of programmers who attempted to create a machine that could play chess.

Computer science students at the Massachusetts Institute of Technology (MIT) in the 1960s turned developing the best chess-play program into a friendly competition. A definition on Urban Dictionary claims that these students would call themselves “kings” and others “pawns” when their program bested a competing one.

At this point, pwn allegedly meant to demote or dethrone someone, but the slang was quickly picked up by early computer-users that exchanged messages on FidoNet, a system created in the 1980s for exchanging emails or text on digital bulletin boards. This is where pwn slowly transformed into the insult we know today.

Then came the hackers

By the late ‘80s, only 8.2 households in the U.S. owned a computer, according to the Census Bureau, but many of these users were probably familiar with “pwn,” especially if they were members of the early hacking community.

Members of this online group published a newsletter titled Phrack World News (or PWN, for short), the earliest record of the word being used online. This was around the same time as the rise of leet (l33t) speak, which is essentially Pig Latin for hackers (h4x0r) that wanted to secretly communicate in public message boards.

Pwn didn't necessarily follow the rules of leetspeak, which is a system of modified spelling that replaces certain letters with numbers. The word was also being used interchangeably with “own” by this time to describe gaining administrative control of someone else’s computer. One famous example was the 1997 defacement of the Spice Girls website, which was hacked for several days that November as a statement against the mainstream adoption of the internet.

This apparent misspelling of the word “own” led many to believe that pwn gained popularity because of a common typo since the letter O and P are right next to each other on English QWERTY keyboards.

Pwn’s debut into the mainstream

Leetspeak and hacker jargon seeped into mainstream internet culture in the late 1990s and early 2000s. That brought slang like n00b and pwn to a new generation of internet users and gamers that used these terms to taunt their opponents after a particularly flashy kill in a first-person shooter or fighting game.

Different spellings, like “pwn3d” began to pop up across the internet, many of which referred to video games but this is around the time when the pwn broke free of its geeky past. One example posted on Urban Dictionary in 2004 uses it as a non-gaming related flex.

Person A: "I spent a long time writing the entire script to Harry Potter.”

Person B: "Yeah, I downloaded it off the internet too."

That same year a mockumentary web series titled Pure Pwnage was created by a group of Canadian comedians. The series followed the daily life of a self-proclaimed pro gamer. By 2006, hundreds of thousands of people had watched Pure Pwnage on YouTube, cementing its place in video game culture.

Google Trends shows that pwn reached its peak search popularity in mid-2009, which is around the same time that Microsoft warned of a security vulnerability on Windows XP and 2003 that could leave users open to a “browse-and-get-owned” scenario.

Then in 2013, when various web services and sites saw an uptick in personal data breaches, security expert Troy Hunt created the website “Have I Been Pwned?” Anyone can type in an email address into the site to check if their personal data has been compromised in a security breach. As of June 2019, Hunt’s site averaged 150,000 daily visitors, according to a post on his personal blog.

So while pwn might have begun as an obscure programming term, it’s become such a part of internet culture that if you own a PC, console, smartphone, or laptop you’ve probably been PWNED more than once.