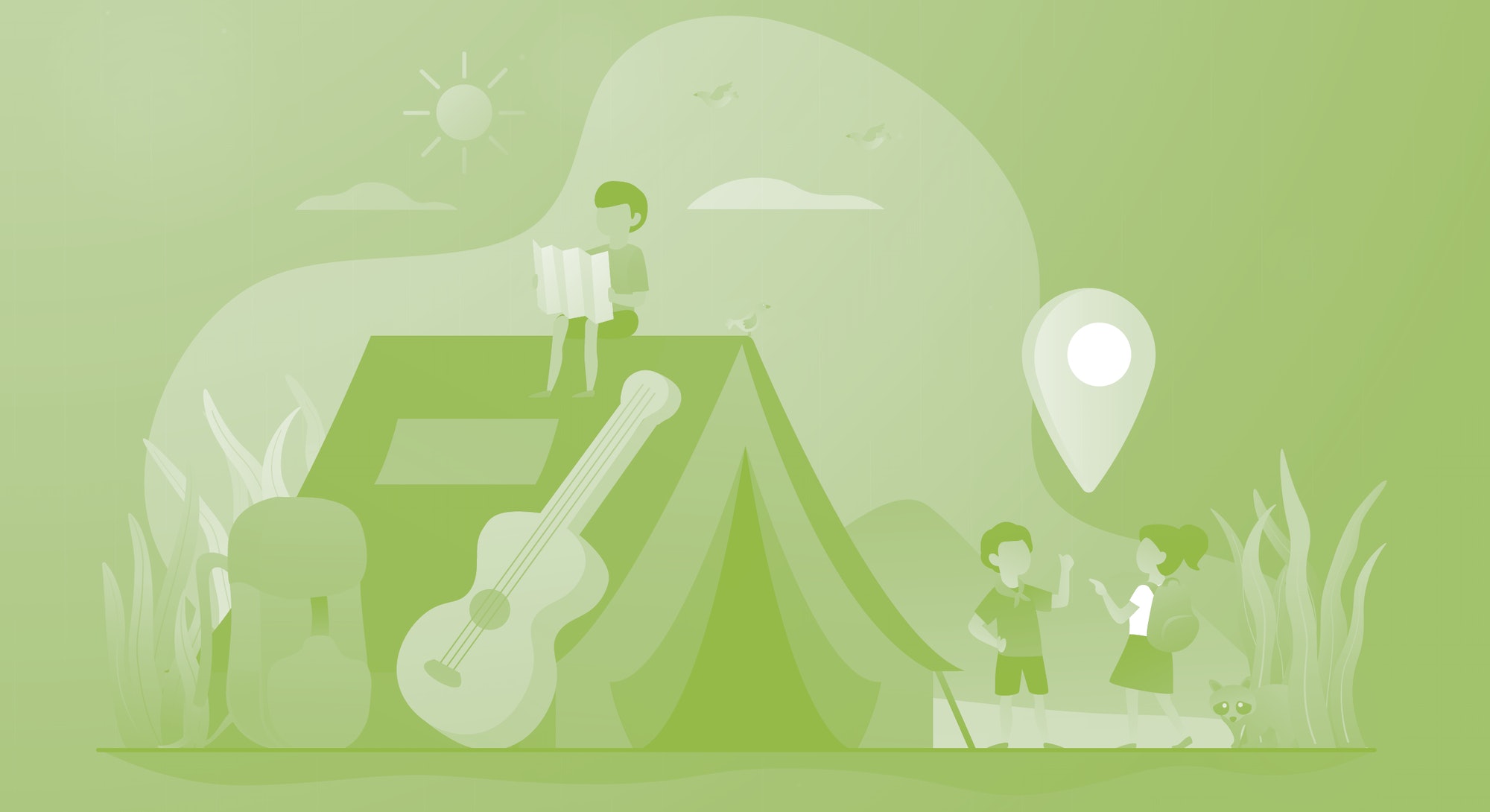 The mention of the word “camping” might bring to mind memories of peaceful summer days by a lake with friends and family for many, but it’s enough to make most gamers see red.

Anyone who’s played at least a few hours of a first-person shooter like Call of Duty or Halo has either had to deal with camping, or has camped themselves. In short: It’s when players choose to sit in one corner of the map for most of the game to gain a tactical advantage.

Instead of actively searching for the kills, campers let the kills come to them. This is primarily done by finding a nook where you can’t be flanked with a clear field of view of a highly-trafficked choke point. Every time an opponent turns the corner you’re there waiting, scoped in, ready to get the first shot.

For campers, these tactics are incredibly satisfying and often result in high scores. Unsurprisingly, the practice is also seen as obnoxious, unfair, and bad sportsmanship by everyone else in the game. That doesn’t mean the strategy is unbeatable, but it can be extremely hard to deal with on certain maps. And there’s no better example than the camping crisis in the recently released Call of Duty: Modern Warfare.

Many of the game’s maps are peppered with tight corners and hideaway spaces, making it easy to figuratively pitch a tent and wait for kills. Some of Modern Warfare’s game modes are also susceptible to the far more oppressive “spawn camping.” This is when a player or team safely positions themselves next to where their opponents will respawn after dying to kill them immediately after they revive.

The strategy is extremely polarizing. The camping team feels like they’re absolutely dominating the enemy, but their rivals feel like they’re barely getting a chance to play the game. Spawn camping is so rampant in Modern Warfare that it led IGN to ding its review of the game’s multiplayer mode and it has been widely complained about in a slew of forum posts since the game’s beta in September.

A majority of gamers chalk up unbridled camping to poor map design, but camping has been fundamentally linked to FPS games since the dawn of the genre. Like it or not, the reason why people camp is because it works.

The origins of “camping”

The strategy was technically born in the 1993 Doom series, which pioneered online play for FPS games. However, it was immortalized by the 1996 Quake franchise, which refined concepts like the now-ubiquitous deathmatch and team deathmatch game modes that shaped competitive online shooters for decades to come.

Both titles were developed by id Software, a Texas-based studio that blazed the trail in online distribution, 3D graphics, networked multiplayer, and, sadly for anyone who can’t stand it, camping. Tim Willits, who left id in July after a 24-year tenure, told Rolling Stone in 2016 that while camping was present in Doom, it was the original Quake and Quake 3 Arena that popularized the term and strategy. In fact, the Quake development team coined the term that’s now angrily typed in forums and yelled in voice chats.

“You’re such a lame camper!”

The game’s engine was developed in 1995 and released a year later. During playtesting, an unnamed id employee unintentionally began camping while scrutinizing Quake’s map design.

“One of the developers would often hide and make everyone look for him rather than running around the map,” summarized Rolling Stone’s John Davison. “The rest of the team would make fun of him for ‘camping.’”

The term would be forever etched in the annals of gaming with the 1999 release of Quake 3 Arena. id excluded the story-driven, single-player element that had been the core of the previous two entries of the series in favor of a pure multiplayer experience. One of the franchise’s older multiplayer maps, Q3DM6, was remastered for the 1999 title and renamed “Campgrounds” in honor of that original camping developer.

From then on, camping became a go-to tactic for players trying to dominate their opponents in Quake 3 Arena. Players posted guides for each map of the game, one published in 2000 on the games forum Neoseeker makes multiple references to camping as both a viable plan and an annoyance.

In one section, the poster Jim Mazurek (aka, JChops), explains how the powerup “Invisibility” can be used to deal with pesky campers. The explanation reads as calm and collected, but it’s a clear predecessor of today’s countless HOW TO STOP CAMPERS YouTube videos.

“I found the Invisibility most useful on players who insist on camping or guarding important areas in [free-for-alls],” wrote JChops. “Sneaking up on them while unleashing a Shotgun storm will finish their reign real quick.”

Once camping became a staple in gamer parlance, it only took two years until it spread across the internet, where it quickly took on negative connotations. The first entry for “camper” in Urban Dictionary was posted by Patrick O’Neill in 2002, who defined it as someone who “stays in one spot and waits for enemies to walk past him before attacking” in online multiplayer games. That definition was accompanied by the example sentence, “You’re such a lame camper!”

The term quickly became fodder for early internet memes. In 2004, DeviantArt illustrator Puckducker posted a pun image that featured the superhero Spawn roasting marshmallows next to a fire saying “I just...I don’t get what the big fuss is about!” (Get it? Because his name is Spawn…) The illustration perfectly encapsulates the debate that still rages on today between campers and run-and-gunners, or players who favor randomly running around a map to find enemies instead of waiting for them.

From there, the to camp or not to camp argument became an all-out internet war. Unreal Tournament player icemanex submitted a thread to the Beyond Unreal Forums in 2005 about rumored “camper hunter” bots that he claimed could be implemented in the game to hunt down anyone who stays in one spot for too long.

Their post was met with a mixed response, some smack talked “campers and idlers” while others defended camping as a “valid strategy.” A year later a WikiHow on how to succeed in FPS games was published highlighting camping as one of the best ways to net kills and crush opponents. So why all of the camping animosity?

At the end of the day, while it can be seen as annoying or cheap, camping is an option available to all gamers. However, it can become a problem if certain game maps are designed to encourage it as the optimal way to win, which is exactly what Modern Warfare is being lambasted for.

Certain maps, like Euphrates and Piccadilly Circus, reward camping because they are peppered with hidey holes right next to one main walkway. That doesn’t make camping unbeatable, but it takes team coordination and communication to best campers in these situations. That’s a luxury players don’t get when they just hop on their Xbox to play a few games of CoD.

So if you’re truly raging at a group of campers in Modern Warfare enlist some friends to play with you and hunt them down. Campers always have the edge in a one-on-one fight, but rushing them with some buddies will tear down their tent for sure.