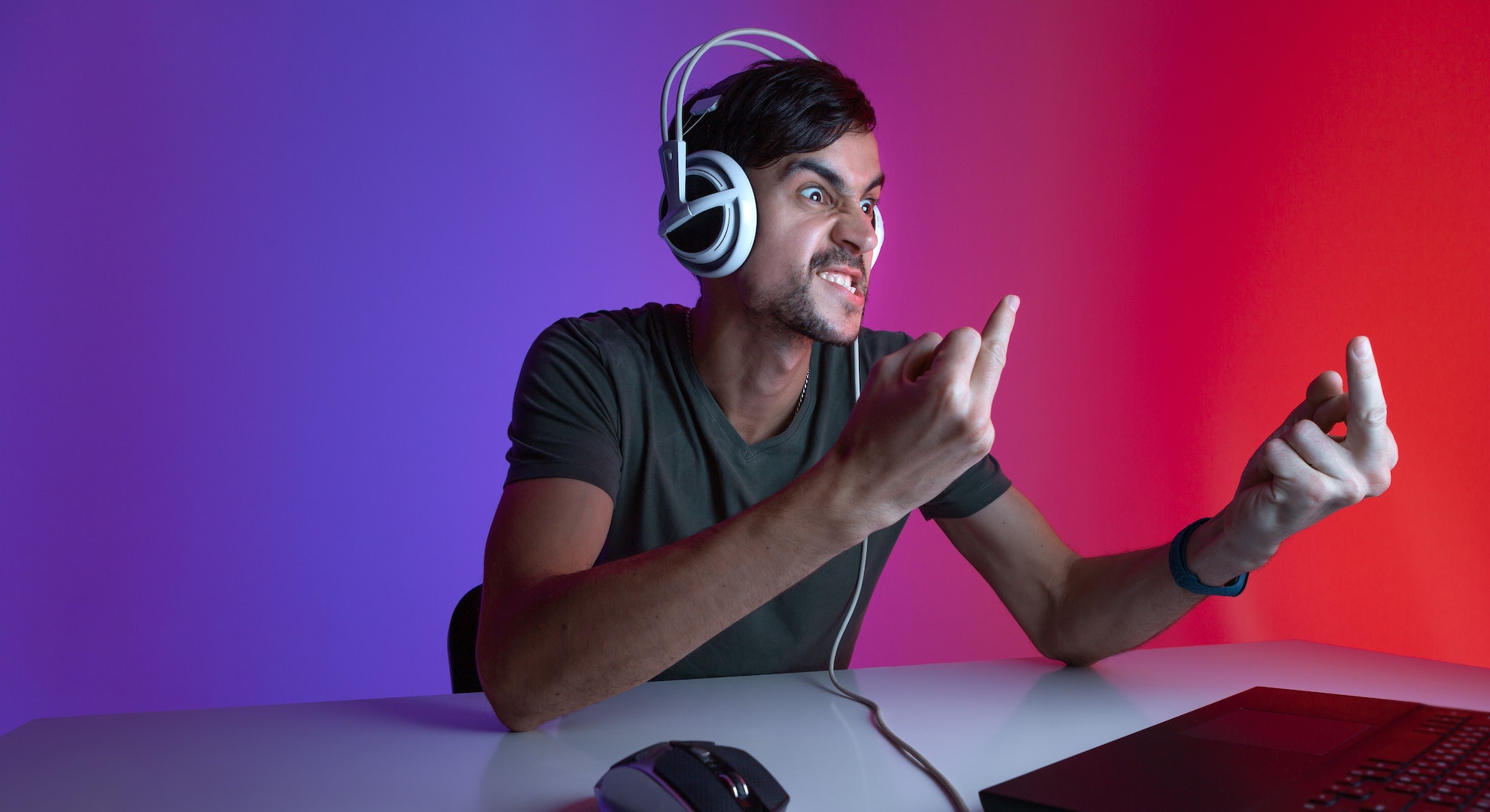 The act of abruptly abandoning a game in a fit of frustration has been around since the dawn of competitive board games.

Video games transformed rage quitting from flipping a table to punching a keyboard and unplugging your console. They also gave a name to one of the pettiest things a person can do: Rage quit.

Have you marched out of an office meeting after your boss yelled at you for no reason? Then you’ve rage quit. Have you left a bar after seeing an ex walk in? That counts too. If you quite Facebook because your uncle wouldn’t stop posting about Trump, well, we can’t blame you for that one, but technically, that was a rage quit.

Rage quitting has transcended gaming culture, but it will forever have geeky connotations because of how damn angry gamers can get. Video footage of enraged gamers has become fodder for hysterical YouTube compilations with millions of views and memes posted across the internet, and while the term predates both the internet and video games, it was internet culture that propelled the phrase into the mainstream.

The origins of “rage quit”

The essence of rage quitting has been around for millenia, and as early as 1988, blossoming internet subcultures had adopted the term in the Internet Relay Chat rooms where they communicated. These internet forums were popular among programmers and gamers back when only about 87,000 households in the U.S. had a computer.

While there is no written record of the first time rage quit was used online, preliminary internet message boards were formative to other popular gamer slang — like n00b — and are thought to be where people first began to talk about rage quitting. Many people cite one vintage game in particular as the first title to ever make them rage quit: Capcom’s Ghosts ‘n Goblins.

This cruel, side-scrolling platformer was the Dark Souls of the Nintendo Entertainment System. It was first released in arcades in 1985 and ported to home consoles, like the NES and Commodore 64, a year later where it began its infuriating reign of terror.

The plot is simple: You’re a knight that needs to rescue a princess from the devil by trekking through seven stages of hell. The catch is, you can only get hit twice before you die and a majority of the enemies in Ghost ‘n Goblins are notoriously difficult to defeat without taking damage. If that isn’t enough to make you suplex your TV, every level has a countdown clock that kills you instantly when it hits zero.

IGN ranks Ghost ‘n Goblins as one of the most difficult games of all time. It even forces you to replay two of its hardest levels if you don’t loot a specific item before the final boss, but it gets worse. If you power through the urge to rage quit and manage to defeat the devil, congratulations, that was only the warm-up round.

The game fades to black and reads, "This room is an illusion and is a trap devised by Satan," before teleporting you back to the first level and starting the game over again at a harder difficulty. Kotaku called it the “meanest things Capcom ever did,” but James Rolfe, better known as the Angry Video Game Nerd on YouTube put it best.

“This game is harder than fossilized triceratops turds,” he said. “I’m talking Megaman combined with Castlevania. Games this ruthless and unforgiving should be illegal.”

Devout gamers have known the sting of rage quitting for long before it became part of everyday language, especially diehard first-person shooter fans. Id Software, the studio behind the Quake series, turned rage quitting into a full-fledged meme when it added a “RAGE QUIT” sound effect into Quake 2’s mulitplayer. This voice clip would play every time a player left directly after being killed.

The idea of calling out rage quitters quickly proliferated to other online games. Valve’s 2007 team-based shooter, Team Fortress 2, added an achievement that can be earned by making a player quit the game by constantly hunting them down with the flamethrower-touting Pyro class. By then the use of “rage quit” was already surging in popularity.

The earliest definition for rage quit on Urban Dictionary was posted in 2005 by users Cerv, who defined it as, “To stop playing a game out of anger towards an event that transpired within the game.” Classic first-person shooters like Call of Duty 2 and Battlefield 2: Modern Combat that had thriving multiplayer modes were causing Xbox 360 and PC gamers to rage quit. But it would be another six years before the idiom would hit the mainstream.

Rage quit became an internet sensation in 2011, according to a spike in search interest in the term recorded by Google Trends. The phrase was coined long before then, but it was the extremely popular YouTube series Rage Quit, created by RoosterTeeth, that turned the niche gamer term into a ubiquitous expression.

The series’ most popular video has 12.2 million views and features co-hosts Michael Jones and Gavin Free clumsily attempting to perform a virtual heart transplant in the PC game Surgeon Simulator (2013), which is essentially QWOP meets Operation. Naturally, it ends in a monumental failure with Jones and Free hysterically screaming and cursing until the very end.

Why we rage quit

Rooster Teeth’s YouTube series cemented the popularity of rage quit compilations that remain popular online today. The genre of video pokes fun at something that anyone who’s ever clenched a controller or sat down in front of a keyboard has experienced: unbridled frustration at a video game.

A 2014 study published in the Journal of Personality and Social Psychology found that rage quitting is common among gamers because it threatens their ego. Gamers don’t go ballistic for no reason, it’s the fact that they’re trying their hardest and an enemy player — or worse, a computer — still managed to crush them in-game.

"When people feel they have no control over the outcome of a game, that leads to aggression," study co-author Richard Ryan told Futurity. "We saw that in our experiments. If you press someone's competencies, they'll become more aggressive, and our effects held up whether the games were violent or not."

So if you get sniped by the same players ten times in Call of Duty: Modern Warfare it’s only natural if you want to step away from your PlayStation. Just try not to pelt your TV with your controller this time, okay?