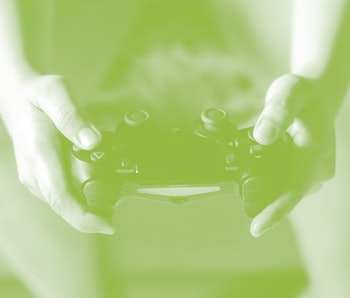 Gamers are buzzing with speculation about possible launch titles for the PlayStation 5 and Xbox Series X, but the next-gen consoles are far from the biggest focus for developers. Far more PC and mobile games are in the works, according to survey results published Friday.

The eighth annual State of the Industry Survey, conducted by the Game Developers Conference (GDC), found that a surprisingly small number of devs are making games for the PS5 and new Xbox. Out of the nearly 4,000 people surveyed, 11 percent of respondents said they’re working on PS5 games, while only nine percent are churning out Series X titles.

That doesn’t mean the next-gen consoles will be dead on arrival when they launch later this year, but it might be a while before they have sizable libraries of new IP that fully make use of all those hardware upgrades we've been hearing about. So buying the PS5 or Series X right at launch could prove to be underwhelming, at least right off the bat.

When asked about the platforms they were targeting for their next project, 23 percent of the developers surveyed said they expect their work to launch on PS5, while 19 percent are looking to the Series X. That’s a slight improvement, but big AAA titles can take years to complete and are often times subject to delays.

The next chapter of gaming might be a slow-burn instead of a big blowout. That’s mostly due to how secretive Sony and Microsoft have been about their upcoming hardware.

Why the slow start?

Game developers need to jump through an additional set of hoops to get their games onto consoles and many were only recently told what those would be for next-gen consoles.

Leaks of the PS5 developer kit began surfacing online around November 2019. These early, unfinalized versions of next-gen consoles allow studios to get a head start on porting their work to the new platforms. That suggests third-party devs got specifics about porting a game to PS5 about a year before its anticipated launch.

That said, studios owned by Sony and Microsoft (or those that have a close relationship with the companies) likely had an even earlier start to their next-gen development.

Microsoft has announced that Halo Infinite, Senua’s Saga: Hellblade 2, EVERWILD, and a new Forza Motorsport would release with the new console. Sony has introduced a new Gearbox IP, Godfall, as the first PS5 game. We also know Bluepoint Games is cooking up a yet-unnamed launch title. There are also plenty of rumors about possible sequels to popular franchises like Grand Theft Auto and God of War making the rounds, though those remain unconfirmed.

More like this
Gaming
20 hours ago
Here's exactly how to beat all three phases of Forspoken’s final boss
By Hayes Madsen
Gaming
Jan. 26, 2023
Season: A Letter to the Future explores a beautiful but aimless apocalypse
By Robin Bea
Gaming
Jan. 25, 2023
How that wild Forspoken ending sets up a potential sequel
By Hayes Madsen
LEARN SOMETHING NEW EVERY DAY.
Related Tags
Share: