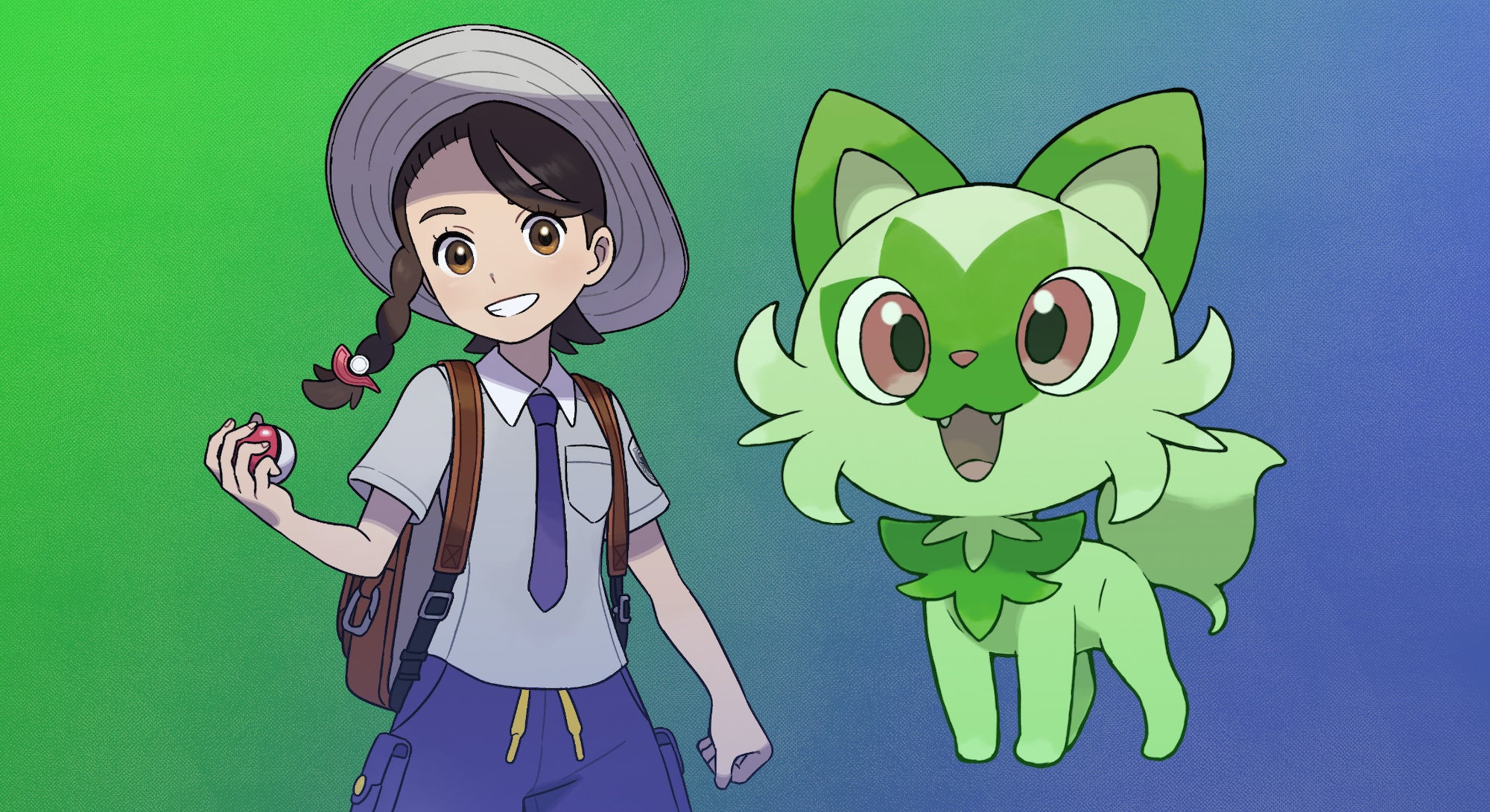 I don’t know what I was expecting from Pokémon Scarlet and Violet, but it was not a visceral feeling of panic.

Early in my Paldean journey, my future girlfriend Nemona (a charming if overly enthusiastic upperclassman) began pestering me about my “dreams.” By the time I had to leave the comfort of Naranja Academy for an independent research project, I decided to hunt down the very best Pokémon as quickly as possible. Only then would I defeat all of the gym leaders, Titan Pokémon, and Team Star goons!

Research suggested I might find the valuable Pawniard somewhere among the southwest mountains, so I set out astride my galloping Koraidon and wandered in that general direction, taking on the Bug-focused Cortondo Gym first (mainly to impress Nemona). Every sparkling item and Tera crystal formation beckoned to me as I zig-zagged further southwest. I’d find myself squinting at each small Pokémon I saw.

“Do I already have that one…?” I’d murmur to nobody in particular before accidentally bumping into it and starting a battle. I gotta level up my wéed cat somehow, right?

I hit some coastal mountains where I battled some quirky, over-expressive trainers and wished that anybody had anything interesting to say. A perilous winding path on the southern end of a beach full of disturbing Wigletts took me hundreds of feet above the ocean. “Stunnin’!” I said aloud, avoiding the advanced-looking trainers that threatened me with their glowing enthusiasm. At the top of the sloped path, a cave loomed ahead.

“Oo!” I gasped. “A Meditite!” The zenlike Fighting/Psychic-type was one of my favorites back in the Ruby and Sapphire days, and while I was disappointed to see that they run around on their feet rather than levitate like they should, I still wanted one. I inched closer to the gaping maw of the cave entrance to pick a fight, and oh dear god an entire gang of Meditite led by one of its evolved form, a Medicham, charged at me.

A Level 41 Meditite crashed into me. My starter was only Level 22. I tried and failed to run away, and the Meditite annihilated my starter (RIP) in a single hit. I threw out a random bird I had in my pocket and smashed the run button again. A miracle! I escaped the battle, but the chase was still on. Was the gang of psychic brawlers actually chasing me? Or did panic send me running around in circles? Not knowing what else to do, I leaped over them and dove into a place called Alfornada Cavern.

Most Pokémon caves of yore are a cramped and frustrating experience. You wander through identical square rooms and fend off a gauntlet of bats and rocks with faces. Without a map, you could get stuck in the claustrophobic maze forever. For a quarter-century, I have hated Pokémon caves. Yet here was a vast cavern full of murderous dragons! A squad of Gible led by a Gabite, any of which could one day become one of my all-time favorites, the mighty Garchomp! Some creepy-looking fire lizards! That draconic Rock/Ground thing that evolves into a pseudo-Legendary designed to look like Godzilla!

I ventured deeper, wondering if a wrong turn might mean the end of me. But this was Pokémon after all. Every cave goes somewhere, even when it shouldn’t. I thanked Arceus that trainer battles are no longer forced encounters and pressed onward, sailing over anything that got in my way with Koraidon’s janky jumps. For a few short minutes, I wasn’t playing a monster-catching sim; I was playing a deeply silly and colorful platformer where I ran around on a dinosaur motorcycle.

I still have nightmares about the uncanny valley of seeing the lumbering, bipedal Toxtricity turning to look at me and hissing. (Not really, but it felt like he did. Why does every humanoid Pokémon make me feel uncomfortable?)

My breathless dash through the cave didn’t last long, and I soon emerged on the outskirts of Alfornada, a town where the Psychic gym leader was Level 43. Hitting up the local Pokémon Center, however, unlocked it as a fast-travel point. “Open World 101,” right? Every harrowing diversion is a chance at meaningful geographic progress.

I couldn’t shake the feeling that something was off, even though I was having fun.

That’s probably because the greatest trick Nintendo ever pulled was getting us all to think that Pokémon Scarlet and Violet’s research project is actually self-directed.

Behind the veneer of Paldea’s “open world” is a mostly railroaded experience typical of the franchise. Each gym, Titan Pokémon, and Team Star base has a fixed level range. The golden path remains linear, and the path itself is invisible unless you Google something like “pokemon scarlet gym levels.”

As fun as it felt to get lost in a dangerous cave as I did, Scarlet and Violet feel frivolous and shallow at times precisely because of how this fractures one’s sense of immersion.

I have a lot of fun doing stupid things like leaping off the top of a mountain in a random direction just to see what happens (nothing of consequence), only to then bump right into a rare Riolu that can evolve into the coveted Lucario.

That thrill of playing Scarlet and Violet wrong makes exploration feel dangerous and surprising, which has never been the case in a Pokémon game before. It’s a big part of why despite this being the lowest-scored pair of Pokémon games in recent memory, trainers like myself can’t put it down. It just sort of hits differently. After so many stale years, Paldea is a breath of fresh air.

Yet this dirty trick is fundamentally at odds with the game’s promise of choice. You can’t go anywhere or do anything when there’s a gang of angry Meditite at twice your level eager to beat you up. A global level scaling system would deliver a more meaningful player-driven experience. The level of wild Pokémon, random trainers, and Gym Leaders should take the average of your active party and inch just a little bit higher.

Scarlet and Violet’s new features often amount to half-measures like this, and all the janky goofs expose the franchise’s growing pains. Nintendo’s always reliable at delivering a colorful, engaging experience, but numerous design choices feel antiquated. I am tired of silent protagonists, and even more tired of dialogue responses that don’t mean anything at all.

Pokémon doesn’t necessarily need romance options, even if characters like Nemona make me wish that were the case. But it does need voice acting to give more life to its cartoonish characters, particularly if it’s going to promise an open world. The vast majority of humans in this world mill about with nothing interesting to say. Most of them are like one sad boy at Naranja Academy I’ll never forget who just wants to go home.

I love Pokémon Scarlet for the many weird memories it continues to deliver, but I can’t help but constantly think about the many little things I wish were different about it.