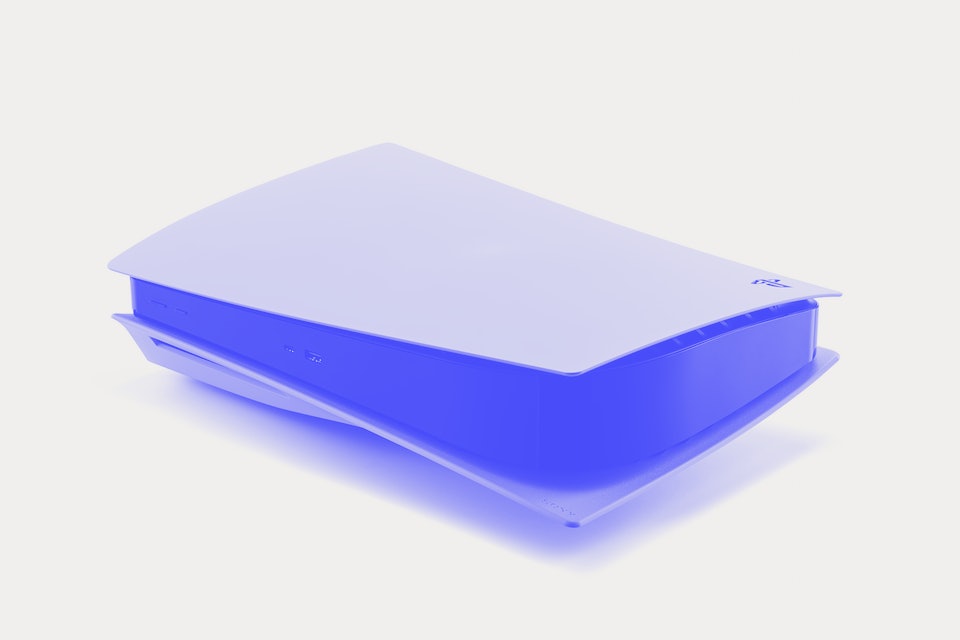 It's been a big few months for Sony. Since the launch of its next-gen video game console back in November 2020, the PlayStation 5 has been the most sought-after commodity in the gaming world, with new inventory drops getting scooped up mere moments after they become available online. With an enticing menu of upcoming releases like Ratchet and Clank: Rift Apart, Horizon Forbidden West, and the still-untitled game we're insisting upon calling God of War: Ragnarok, expectations were high heading into Sony's February 25 event. It didn't quite measure up to the hype, with only one new game reveal and no updates on the year's tentpole titles.

Sony's announcement of the showcase on its official blog outlined what fans could expect. That includes "new updates and deep dives for 10 games coming to PS4 and PS5, including new game announcements and updates on some of the third-party and indie titles you last saw in June’s PS5 showcase." The post also mentioned that "there won’t be PlayStation hardware or business-focused updates in this show," which means if you're eager to find out when more PS5's will be available, you're out of luck for now.

Here's everything revealed at the February 25 State of Play event.

Crash Bandicoot 4: It's About Time

The latest installment of Toys for Bob's reboot of the venerable platformer gets a 4K, 60 FPS update for PlayStation 5. The new version will include DualSense functionality, Activity Card integrations. You'll be able to upgrade your PS4 version of the game to the PS5 version for free.

Coming to PS5 on April 30, this moody third-person action-adventure game sees you spelunking around daunting alien planets bursting with ooey-gooey tentacle monsters at every turn. Every time you die and restart, the game's maps and enemies will change, adding a unique replay loop. It's not clear whether each death will make the challenge tougher or easier — seems you'll have to roll the dice.

It seems there's also a supernatural, psychological element to protagonist Selene's backstory, as various interludes see you traipsing around a gloomy, decrepit house that wouldn't be out of place in Resident Evil or Silent Hill.

This online dodgeball game left us impressed during our hands-on demo, but the game's odd "try before you buy" approach to monetization may hamper its staying power.

The game launches May 21, with a crossplay beta launching at an unspecified time before then for PlayStation players.

It's time to do some stretches and kick some ass in this martial-arts inspired action game, with destructable environments and weapons reminiscent of a Yakuza meets Sega Saturn aesthetic. The game will be released on PS5 sometime in 2021. This was the only previously unannounced game revealed at the event.

You play as Ray, who's exploring an immense black hole known as the Ultra Void. This platformer sees you navigate dust-clouds with a skating-like mechanic. The simple combat system is fast and flowing, and you'll need to master precision and timing to take down the Void's massive sentinels, mythic beasts who hold the key to her quest.

It's another shitty night alongside the pizzas and the ball pits, as Scott Cawthon's survival-horror series comes to PS5 and PS4 later in 2021.

This challenging platformer sees you step into the shoes of returning protagonist Abe, as he attempts to liberate his fellow Mudokons from enslavement. You'll be able to use your freed compatriots to solve puzzles and navigate the game's intricate maps. You can play as a pacifist, or blast through your foes with force. PS5 players will benefit from an experience enhanced by the DualSense, which allows players to sense Abe's heartbeat and tension levels. PS5 owners will also be able to get a free upgrade starting when the game launches April 6.

New cinematic footage of this verdant adventure gave us new insight on the game's spiritual world and endearing art style. But don't let the soothing flute music fool you — there's some massive bosses to take down in the game's frenetic combat. Here's a full rundown of everything we know so far about Kena: Bridge of Spirits.

Kena comes out August 24, another sizable delay for the game initially expected to launch at the end of 2020.

This stylish adventure game from Bethesda feels a little bit Goldeneye 64, a little bit Metal Gear, and has baddies in cool dog masks. Deathloop launches May 21.

One of the best games of 2020 gets a new story expansion featuring everyone's favorite Materia thief, Yuffie Kisaragi, on an all-new adventure in Midgar that takes place during the part of the story when Cloud is separated from Barret and Tifa. It launches alongside a PS5 upgrade for the game on June 10.

It's easy to miss, but it appears the Yuffie story content is a paid upgrade. The final frames of the trailer state: "New Episode featuring Yuffie: Available for purchase after upgrading the PS5 version."