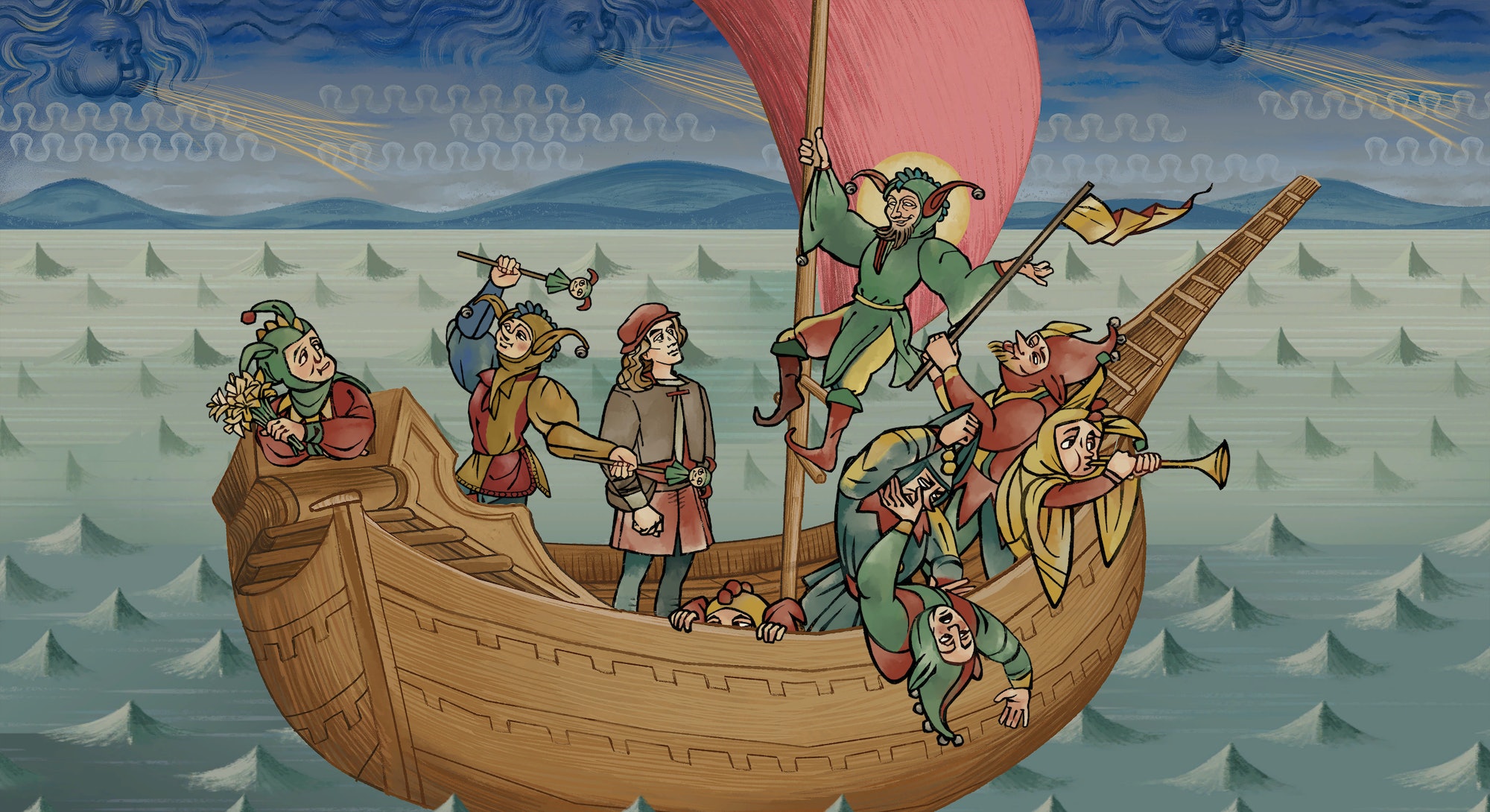 In his early years, Andreas Maler was a brilliant academic with a particular affinity for all things linguistic and legislative.

The people of Basel thought of him as a sort of Latinist prodigy, although he soon became more prodigal than prodigious, leaning ever further into the insatiable hedonism that inspired his art. It isn’t until the year 1518, when his friend Brother Piero is accused of murder, that he must finally recall his studies — but at what cost, and to what end?

This is the version of Maler that I built for my demo of Pentiment at Gamescom 2022, although there are a lot of customization options to play around with.

You have to play as Maler, but you can texture his personality, academic background, and travel history to your liking. Is he a logician or an occultist? A theologian or a medicinal practitioner? A drunkard visiting Bavaria from Flanders, or a virtuosic artist from Renaissance Italy? A philosopher whose head is often buried in books, or a different kind of optimistic nihilist who has earned the prestigious title of “rapscallion” from all those he tries to inculcate, but instead infuriates? You get the gist.

Like any good RPG, Pentiment prides itself on its ability to provide different experiences for different people. That’s partly why it simply feels like an Obsidian game despite the lack of spiders, Super Mutants, or sadly underappreciated systems like those of the criminally underrated Alpha Protocol (I’m not bitter, I swear).

This extends beyond the deep RPG systems at the heart of Pentiment. Given that my Maler was a know-it-all hedonist with little regard for the world around him, it would be easy for my demo to have been extraordinarily silly. In some ways, it was. From exclamations of “Fuck the church!” to lads pulling sickies from the fields, there is a sort of chaotic humor to Pentiment that keeps it energized even throughout its slower sections.

But then there are also instances in which the game deals with state repossession, abuses of institutional power, and the gross disparity in the distribution of wealth. It is at times like these that it becomes clear this is well and truly an Obsidian game, especially when you are able to use your chosen background to interact with and respond to these themes in unexpected and fascinating ways.

For example, during the demo, we were allowed to play through one of three quests. I decided to help a widow named Ottilia, who had recently lost her husband. When you first meet her, she is cold, bitter, and relentlessly rude — although after you help her with a bunch of chores, she warms up to you.

At this point, you will be given the option to steal a branch of abbey-owned firewood for her. This is a criminal offense, which a Maler skilled in Imperial Law will be all too aware of. You can still proceed with the crime, allowing you to recognize fairness over arbitrary rules designed to maintain class divides. Once you lock in your choice to snap the piece of wood, a prompt appears on the screen: “This will be remembered.” Even minor actions can beget major consequences, but the beauty of Pentiment is that it veils what you can and can’t get away with. This isn’t necessarily new, of course, but it's the level of refinement the game aspires to and supersedes that makes it special.

Speaking of refinement, perhaps the most impressive aspect of Pentiment is its commitment to not just a coherent art style, but emphatic art direction. On one hand, there’s a gorgeous storybook quality to the UI that not only makes it intuitive and easy to navigate, but it also heightens the game’s authenticity while at the same time increasing the number of mechanisms through which said authenticity can be even further heightened.

For example, you will likely notice that Pentiment incorporates a variety of medieval fonts — but what might be less obvious is that the textboxes are populated in accordance with how said fonts would have been written in the 16th century. Beyond that, following hyperlinked words will not just provide a pop-up explanation, but yank the perspective back to a sort of bookish view, where a hand with a long, spindly index finger will point to the explanation in question. It is not just a unique art style, but a case of highly functional and authentic art direction. There are very few games that compare.

It’s also worthwhile to acknowledge the fact that it doesn’t opt for style at the cost of accessibility. Despite its clear love for fonts and conviction for historical accuracy, Pentiment offers an alternative suite of more legible fonts at the beginning of the game, instantly allowing you to choose an easier-to-read version. And even in this instance, Pentiment reaches an impressive level of verisimilitude thanks to factors like a well-researched proprietary card game, the implementation of canonical hours, and an excellent codex system, among many other minor yet highly significant and detail-oriented elements of the game.

Pentiment is certainly niche when compared to something like Fallout: New Vegas, Star Wars: Knights of the Old Republic 2, or the upcoming Avowed. But that doesn’t stop it from meeting the quality that has become synonymous with Obsidian Entertainment over the last 19 years.

If this game isn’t on your radar, it should be — not least because it lets you steal from avaricious misers to help old ladies who understand the inherent evils of institutional power. Hell yeah.