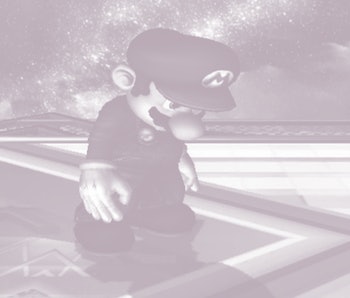 On Tuesday morning, Nintendo hosted a Direct Mini to focus on games from third-party partners. While most Nintendo Directs deliver exciting reveals that highlight wonderful games, the Direct Mini was a disappointing departure. In fact, the Direct Mini format takes all the fun out of game reveals. With June having been filled with a plethora of monotonous showcases like Summer Game Fest and the Xbox Bethesda Showcase, this lackluster addition from Nintendo was a stumble from the company that pioneered the digital showcase. Here’s why the company should avoid making this mistake again.

The biggest news to come out of the Direct Mini was that after an excruciatingly long wait, several beloved Persona games were finally coming to the Nintendo Switch. After Xbox revealed Persona 3 Portable, Persona 4 Golden, and Persona 5 Royal would all arrive on Xbox Game Pass starting in October, we all began to wonder why publisher Atlus wasn’t doing the same for the Switch. (Let’s be real, it is the perfect platform for a Persona game!) The Direct Mini ended with the announcement that these games would indeed be ported to Switch, also starting in October.

Despite the fact that the news was the very last item on the Direct Mini itinerary, many gamers learned of the news elsewhere first — mainly because rather than broadcast the Direct Mini live, the video was dumped in its entirety onto YouTube. I saw a tweet with the announcement before I could even open the event itself! Instead of the live presentation format that most Directs follow, Nintendo opted to upload the entire Direct Mini as a single video on its YouTube. Instead of a well-paced build-up to an anticipated reveal, this was a race to see who could skip to the end fastest and discover the “one last thing” of this showcase.

This ability to search out the show-stopping reveals another key issue. Indies suffer when they are given their time in the spotlight.

Small games get skipped over

If someone immediately jumps to the last reveal in a showcase and feels like they saw what they wanted to see, they won’t go back to watch the rest of the showcase. This is because of fan expectation versus what a Direct actually provides. The typical setup for any showcase is that fans are waiting for one or two major reveals. In the traditional live stream format of a Direct, placing these reveals at the end of the showcase gives audiences a reason to sit through all the other game trailers. You might come for Persona, but while waiting for that reveal, you could discover a new indie that sparks your interest.

During the 25-minute Direct Mini, 24 games were shown off. Of the 21 non-Persona games at the conference, there were some delightful surprises. Return to Monkey Island, the new entry in the classic LucasArts point-and-click series, is coming first to Nintendo Switch later this year. The developers of Sayonara Wild Hearts revealed their next game Lorelie and the Laser Eyes, which is described as a “modern take on puzzle adventure games.” Gearbox is also publishing Blanc, a charming monochromatic puzzle game that stars a fawn and a wolf cub.

The list goes on and on. There were a lot of solid announcements hidden within this Direct Mini, but for fans looking for one specific reveal, there is no reason to stick around beyond scrubbing to the end, seeing the Persona logo, and closing the tab.

A showcase with only trailers is just boring

There is nothing worse than sitting in front of my computer screen for any period of time watching a parade of uninterrupted trailers. Beyond making me personally want to fall asleep, it doesn’t help any game stand out as they all blur together. Smaller showcases like Day of the Devs have carved out a space for themselves by not only showing off amazing games through trailers but also by breaking up these trailers with talks from the developers.

By giving audiences a way to digest a trailer fully before moving on to the title, there is a higher likelihood that more games will stick in the viewer's mind. Nintendo Directs typically have this show-and-tell structure. The last big Nintendo Direct was in February and showed off 30 games over the course of 40 minutes. Overall, each game had more time at the Direct, and the show incorporated trailers along with a voice-over talking through most games.

The Direct Mini, however, was wall-to-wall trailers with nothing to break up the monotony.

Nintendo’s decision to release the Direct Mini as an uploaded video full of nothing but trailers encapsulates everything wrong with game showcases. Without any meaningful reason to sit through an entire livestream, most people either skip to the big reveal at the end or get all the information they want from people who speedily scrubbed through the showcase and could list out each announcement. In the end, this event was a blunder for the company instead of a refreshing break from the myriad of similar bland showcases earlier this month.