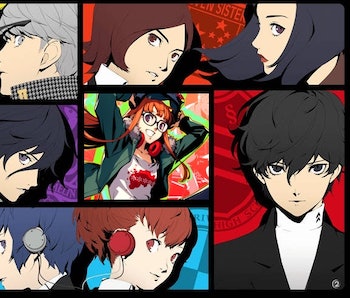 Persona 5 redefined JRPGS for the modern era. By marrying snazzy visuals and in-depth gameplay in fresh new ways, it delivers the biggest revival of “old school” role-playing games. Persona 5 brought new eyes to the series and helped the Persona franchise pass the landmark of 15 million total sales. Although Persona 5 games like Royal and Strikers contributed over 3 million sales to the total, it’s hard to stop yourself from wondering what comes next? Persona 6 is inevitable, right? Is it in development yet? More importantly, when might it be released? Here’s what we know so far.

Is Persona 6 even confirmed?

One thing’s for sure: Atlus does plan to make Persona 6 at some point in the future. We just don’t know exactly when. “We are working on the mid-to-long-term plan, including new numbered entries, so that fans can continue to enjoy the Persona series,” company reps told Japanese gaming outlet Dengeki PlayStation in October 2019.

While Persona 6 is a certainty, it will likely be significantly different from its modern predecessors. Persona 3, Persona 4, and Persona 5 were all defined by the quartet of Katsura Hoshino, Shigenori Soejima, Yuichiro Tanaka, and Shoji Meguro. After completing development on Persona 5, the quartet took other members of the Persona team with them to found the studio Lab Zero. While it’s still an Atlus subsidiary, the studio is working hard on Project Re: Fantasy. They likely won’t be working on the next mainline Persona game.

In December 2019, Daiki Ito (a director on the Persona franchise team) said that there were voices in the company looking to do something new.

“They’re all working hard together as one, with the young staff members at the center, so he asks to please look forward to it in the future,” says Ito while discussing the Persona team.

It sounds like Persona 6 will be a new start for the franchise. It might be one without any involvement from the last team, so maybe it’s been in development for some time.

2021 is the 25th anniversary of the Persona franchise. In July 2021, Altus produced the first tease for Persona 6. For the Persona franchise’s 25th anniversary celebrations, the company shared goodies for the series. These goodies included pictures of all the main Persona game covers and protagonists. Some of the goodies were obstructed with a sign that read “secret.”

Given the context, it has to be assumed that these obstructions are teasing Persona 6.

Is there a trailer for Persona 6?

Persona 6 has yet to be officially announced. Unfortunately, we live in a world we games are usually announced before they get trailers. There isn’t a trailer for Persona 6. But we might see a video teaser before the end of 2021.

Will Persona 6 feature a female protagonist?

Ever since Persona 3 Portable came to PSP, adding the possibility to replay the game as a girl and romance all the boys, fans have wanted to see the series repeat the trick.

Even though a vocal community of Persona fans loves the idea of a female main character, Atlus seems to have moved away from this approach to expansions of its most recent games. It would be pretty surprising if they added a second playable character to Persona 6, but anything’s possible.

What will Persona 6’s story be about?

Atlus hasn’t released any information about the plot or characters of Persona 6 at this early stage, as the company still seems to be focused primarily on the P5 family of products. Still, there are some hallmarks of the franchise we can look to for some general ideas.

Most likely, Persona 6 will be set in Japan, among a group of high school students. Your silent protagonist will be a new transfer student with a mysterious past that literally everyone in the community is mysteriously drawn to. You’ll have strange dreams involving creepy people in the Velvet Room and have to kill monsters in an alternate reality by night. You’ll make friends that way cuter and cooler than most actual humans you’ve met.

Persona 6 is currently in development.

This article was originally published on November 5, 2019