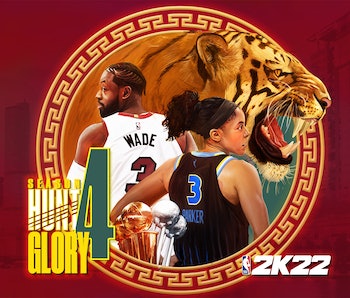 NBA 2K22 Season 4 is set to begin on January 28, and there’s a lot for players to uncover. If you’re ready to begin your Hunt 4 Glory across MyCareer and MyTeam over the next few weeks, here’s what you need to know about the season’s start time, upcoming rewards, and challenges worth paying attention to. There’s a whole lot to unpack across this massive game, so let’s tip off with the details.

What is the NBA 2K22 Season 4 release date and start time?

Curiously, NBA 2K’s developers at Visual Concepts have yet to announce a precise release time for Season 4 in the season’s announcement blog post, we’d expect the new grind to start at the same time as previous seasons for the game. With that established pattern in mind, NBA 2K22 Season 4 is expected to start January 14 at 11 a.m. Eastern.

As with every new Season of NBA 2K, NBA 2K22 is full to the brim with new content no matter which mode you like to play. The source blog post goes pretty in-depth on all the details, but here’s a brief overview of some of the hallmark editions.