“...the single greatest movie that humanity has yet conceived.” 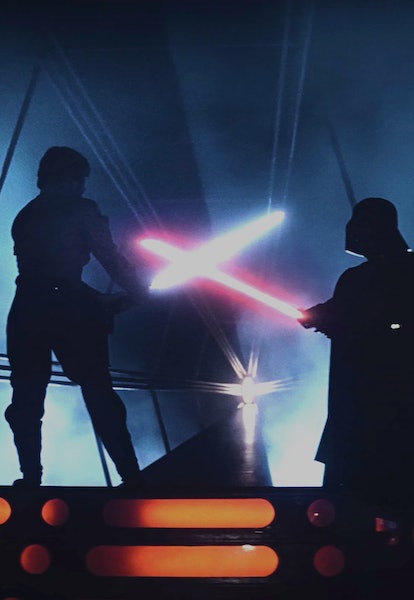 Ghost of Tsushima is one of the rare games to actually live up to a years-long cycle of hype.

Sucker Punch Productions’ open-world adventure set in feudal Japan was one of PlayStation’s big tentpoles for E3 2018, which would be Sony’s final event at the gaming industry show. Ghost of Tsushima had the tough luck of following The Last of Us Part II’s presentation, yet it still managed to be one of the year’s most exciting reveals, with lush visuals and white-knuckle swordplay. Ghost impressed fans and critics alike when it debuted last July, claiming the Players Voice Game of the Year and Best Art Direction honors at the 2020 Game Awards. It also became the first American-made game to snag GOTY honors from Japan’s venerable weekly gaming magazine Famitsu.

When Inverse asked Ghost of Tsushima director Nate Fox a little about the world outside of video games, we were still secretly hoping he would slip up a little and give us a hint about a possible Ghost of Tsushima 2. (He didn’t.) Nevertheless, Fox shared some fascinating insights about the TV shows, movies, and books that have had a profound impact on him. So next time you find yourself strapping on the sandals of Jin Sakai to follow the Guiding Wind, spare a thought for Jean-Luc Picard.

Vision Board is an Inverse interview series with prominent figures in the video games industry about the stories, shows, and movies that shaped how they see the world.

Have you been watching anything recently?

I’ve recently discovered the sitcom Community. The writing and casting are great, but what I really like is watching the show morph from season to season. Actors come and go, there’s a lot of ebb and flow. They fired the original showrunner for Season 4 and you can immediately tell. Given that so many of the episodes are about dissecting different entertainment genres, it’s hard not to do the same thing to Community — the foundations of a sitcom are on display.

What TV shows have been your favorites throughout your life? Why did those shows have such an effect on you?

Star Trek: The Next Generation had a big impact on me as a teen. Captain Picard was a real eye opener. Up until watching that show, I’d had this vision that being ‘a man’ meant being tough and loud and aggressive. Captain Picard was thoughtful and empathic, he’d frequently defuse tense situations with a well-chosen phrase. He’s been a lifelong hero.

What was your favorite book you read in high school?

It’s a cliché, but for me… it was Catcher in the Rye. Many teenagers feel like no one understands them. It’s easy to feel hopeless and alone. Yet, then in swoops Catcher in the Rye and you feel less alone. At least J.D. Salinger felt the same things as you.

I really, really enjoy George Orwell’s 1984. Being able to experience the hero’s life under Big Brother’s omnipresent eye, seeing how media can manipulate truth and even how our language can be curbed to inhibit our imaginations… it’s all so, so good! Reading 1984 changes the way you look at the world around you. Yes, you become more cynical, questioning the world around you, but you also learn to appreciate what freedoms you do have and your individuality.

What comic arc or graphic novel do you think everyone should read?

I’m a big fan of the graphic novel Red Son. It’s an alternate reality in which Superman was raised in the Soviet Union and uses his godlike powers to help expand the Warsaw Pact. Reading Red Son makes it clear how horrifying Superman would be if he was your enemy; also, that we are all shaped by the circumstances of our birth. Him fighting for “Truth, Justice and the American Way” wasn’t a choice of his, it was a fluke of where his spaceship landed as a baby.

What are your favorite and least favorite adaptations of a comic or a book?

I really love the Lord of the Rings films. The books are great, but the movies are even better. The ambition that went into making such epic films was off the charts, and they pulled it off with tremendous artistry. The best part is Howard Shore’s score, his use of leitmotifs tells the story wordlessly.

I’d love to see another adaptation of I, Robot. Isaac Asimov’s book is so meditative on how the ‘rules of robotics’ can impact society in such interesting ways. It’s not about a war, it’s about human beings learning to live alongside robots.

It’s really fun going to see a new Star Wars film close to release. People in the audience are so pumped up; they cheer and laugh, drawing each other into the fantasy on the screen.

What movie holds up no matter how many times you watch it?

Empire Strikes Back is the single greatest movie that humanity has yet conceived.

If you got cast in the next Avengers movie, which superhero do you want to play?

Sign me up for Magneto — I'm partial to Sir Ian McKellen's portrayal. That guy has the strength to fight for a cause he cares about, despite it going against the status quo. Also, I would get to have a British accent, which would be an improvement over my American one.