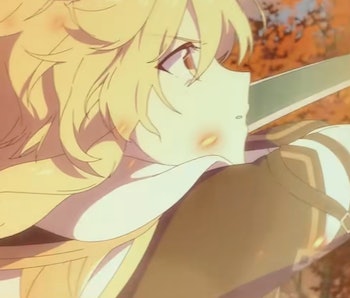 Genshin Impact remains hugely popular, though it’s hard to argue that it’s as popular as it was at the start of the pandemic. As more people are traveling to school and the office, content creators and fans are growing tired of the unaddressed problems that continue to haunt the game. Even the arrival of the long-awaited Kamisato Ayato and the 2.6 update aren’t enough to solve old-age problems that fans have been complaining about for months or even since the beginning of the game.

I still consider Genshin Impact to be an endless pit of entertainment, but that doesn’t mean newcomers will. The initial grind was difficult to pass for me as a beginner, so it would understandably be even more difficult for those with busy lives in the post-pandemic world. Here are a few things that developer-publisher HoYoverse should consider addressing in the following updates for Genshin Impact.

Artifacts can make or break your character build, which is why it’s so annoying that players can spend forever grinding for the perfect set for their character. It’s like artifacts themselves are a gacha game, except you’re not guaranteed an ideal 5-star reward eventually. Even worse, artifacts have layers upon layers of RNG related to their quality.

Many players start farming for artifacts at Adventure Rank 40 or over so that they can get 5-star versions. Sure, you can level up the 3- or 4-star ones you get naturally so that your characters aren’t running without any equipment. However, 5-star artifacts are the highest level artifacts you can get.

Each artifact also has four substats, which can range from anything from a flat attack boost to a critical damage percentage. It’s completely random, so it can take forever to farm for the perfect one for your character’s build. For example, you might get a 5-star feather from a Domain, but if barely any of the stats benefit your character, then it will barely improve your character.

Even worse, the “perfect” artifact might not be so perfect once you level it up. Five-star artifacts can go up to level 20, with increases to a random substat with each 4th level. That’s level 4, level 8, and so on. However, if you start leveling an artifact with three ideal stats, and the next few levels randomly upgrade the least valuable one, then it can become basically unusable.

Artifacts can give players something to do, sure. However, if you need to keep spending your resin on artifacts in a constant grind for ideal gear, then it can become monotonous and tiring. You don’t necessarily need the best gear to make it through the game, but it will come in handy for the later floors in Spiral Abyss and tougher challenges.

There’s also the argument for 5-star characters that have their most ideal forms with a couple of constellations. Of course, when any 5-star character is released, there’s a hype and hate train that comes along with them. However, some are definitely more deserved than others. Take Raiden, for example, who many suggest needing to have at C2 to run at an optimal level.

For 4-star characters, this makes sense because of all the characters you will inevitably get while pulling for their more powerful, 5-star counterparts. It’s reasonable to make 5-stars valuable to encourage players to spend money, as it is a gacha game. However, raising the bar with 5-stars who feel “incomplete” without further constellations (or, at least, later constellations), can be a turn-off.

I’m cheap. I’m not exactly free-to-play, but I’m not out here spending $50 for a character banner. It might not annoy every player, but it can potentially drive away those who aren’t invested enough to spend or grind for the gems.

Five-star characters can also be frustrating when they don’t work as well as imagined with your team comp or gear. HoYoverse does a good job of including free-to-use characters in test runs as teammates, but still. A permanent training room where players can test characters with more preset options could help fix the issue, much like the current test runs used for event banners.

Test runs include characters raised to a certain talent level (seems to be level 8 for many of them), an ideal 5-star weapon, and a reasonable set of max-leveled 5-star artifacts. Many of us won’t have a setup as good as this when we first obtain the character unless you grind for the artifacts and materials beforehand. Even then, it’s not easy to test how well the character will work with your particular team.

Genshin Impact has a few half-baked features that have fallen to the wayside since their introduction. The Adventure Book in particular encouraged me to complete in-game goals for rewards and seek out all the Hidden Shrines, level up artifacts, and more. The book only reaches up to Chapter 9 and doesn’t seem to serve high-level players anymore. It has become a distant memory for veteran players.

It’s unclear if HoYoverse stopped updating the Adventure Book because the Battle Pass replaced its purpose as a general motivator for daily, weekly, or even update-long goals. But then, there’s not much of an explanation for why players should feel compelled to keep building their Serenitea Pot, hunt for more shrines, and other pieces of the game left for players to ignore to their content.

These features might just have less priority, as some players have already visited every corner of certain countries and leveled up tons of artifacts and characters. It’s still an odd choice to leave these complex, built features untouched for months. HoYoverse could also add goals for discovering fishing spots, reaching the maximum reputation level in at least one city, or more.