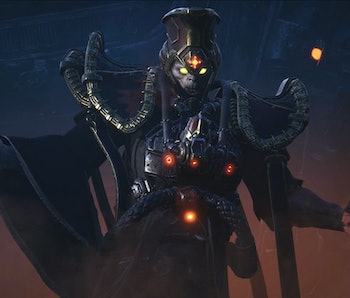 Gears Tactics, Microsoft's latest PC-exclusive foray into the strategy game genre, will be released on the Windows 10 Store and Steam on April 28. With other strategy games like XCOM: Chimera Squad available now, you may be wondering if Gears Tactics makes for a worthwhile time investment for its more expensive $60 price. If you're wondering how long this game is, it's about on par with other games in the genre.

How long is Gears Tactics?

During my playthrough on normal difficulty for review, Gears Tactics took about 25 hours to beat. Keep in mind that I have some familiarity with the genre, so it might take long for anyone who isn't too familiar with strategy games like this. There's also some endgame battles to participate in once the adventure is complete. If you want to complete that endgame activities, you could easily play for 30 hours or more on a single save file.

Completionists going for a 100 percent run of the game you could possibly triple that time as playthroughs on the other difficulties are required. These playthrough times are about on par with genre contemporaries like XCOM 2, even though a game like that encourages replaying it a bit more than Gears Tactics does. This time is also similar to games like Final Fantasy VII Remake, so don't worry about the game wrapping up too quickly.

How many acts does Gears Tactics have?

Like every mainline Gears game before it, the developers of Gears Tactics split its story into acts. Each act is divided into chapters, all of which have main story missions. Some even make the player complete sidequests to progress. More broadly, Gears Tactics has 3 major acts.

This is the lowest number of acts in any Gears game, which typically play out through 4 or 5 acts. That said, this shorter act count does have any impact on Gears Tactics' length overall, as it's actually longer than all of the mainline Gears games.

How many chapters does Gears Tactics have?

Every act in Gears Tactics is split into several chapters. The number of missions that each chapter has varies, but none should require you to complete any more than three side missions per chapter. If you want a better idea of where you're at in the game, reference the following chapter counts for each act of Gears Tactics:

Each act takes longer to complete than the last, but having a solid idea of the chapter count going in might help you plan out when and how you want to play. Gears Tactics' has a length on par with AAA contemporaries, which should make it a worthwhile time investment while stuck in quarantine.

Check out Inverse's review of Gears Tactics to learn our full thoughts on the game.

Gears Tactics will be released for PC on April 28, 2020, and will come to Xbox One later this year.

More like this
Gaming
8.12.2022 3:15 PM
Marvel XCOM release date, trailer, and leaks for the Firaxis game
By Joseph Yaden and Willa Rowe
Gaming
8.11.2022 7:30 PM
You need to play the most delightful management simulator on Xbox Game Pass ASAP
By Hayes Madsen
Gaming
8.10.2022 8:04 PM
Everything you need to know about FFXIV patch 6.2, Buried Memory
By Hayes Madsen
Related Tags
Share: