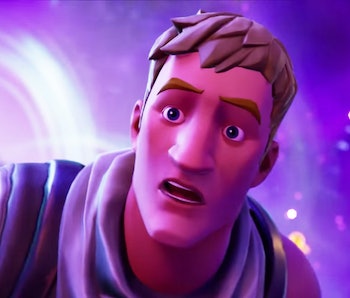 There are a lot of battle royale games out there. Now, nearly four years since PlayerUnknown’s Battlegrounds burst onto the scene, the genre continues to thrive. From Fortnite to Super Mario 35, developers are still churning out multiplayer elimination games that keep fans coming back for one more round.

Despite all the options out there, there’s still one game that stands tall among the crowded field. That one true one in one hundred? Tetris 99.

That probably sounds silly, but it’s not. The multiplayer puzzle game, which is available as a free download for Nintendo Switch Online subscribers, remains a perfect T-spin on the battle royale formula. That’s due in large part to the way it cleverly adapts the elimination aspect of the genre without aping its clichés. While other games have tried to capitalize on PUBG by borrowing its moving circle or gear system, Tetris 99 strips that base concept down to its core.

What’s so fun about battle royale games isn’t the specific mechanics so much as it is the accessible but dramatic multiplayer action. They're always easy to jump in and out of, and if you lose quickly, you can join another game within a minute. What's more accessible than a simple puzzle game where seven differently shaped blocks descend upon the playable area and you have to stack them to complete and delete rows.

In Tetris 99, players essentially play a massive versus mode where they must outlast 98 other players. That speed gradually raises the fewer people there are, adding an increasingly more dramatic sense of pressure on par with storms in your typical battle royale. There’s no hiding around or running across an open field for minutes at a time; There's just stacking blocks.

Other battle royale games still struggle with pacing, because the open map format can be a gift and a curse. On one hand, it provides for an emergent narrative, where players tell their own high-stakes story within the dramatic confines of the game structure. That's the main draw of games like Apex Legends. On the other end, matches can get into a dead zone where someone may not even see another player for ten minutes. Tetris 99 solves that problem by making sure there’s always some form of action happening from start to finish.

For those who haven’t dipped back into the game since it first launched in February 2019, Tetris 99 has found a few clever ways to keep players hooked. There are tons of in-game achievements to hunt for, giving players literal badges of honor. A high-level, fast-paced Tetris Invictus mode now exists for players who have scored a first-place win (yes, we exist). There are even single-player modes for those who just want to practice some regular old Tetris within the game.

Most important are the game’s ongoing events, which are what keep me coming back frequently. Nintendo tends to drop these whenever a big first-party game launches, allowing players to unlock new backgrounds and music based on their favorite games. Over the past few years, I’ve gotten skins based on Animal Crossing: New Horizons and Splatoon 2 that bring some of my favorite jams from those titles to Tetris.

All of these probably sound like tiny perks to outsiders. But these minor quality of life changes highlight just how strong Tetris 99 is at its core. It doesn’t need massive gimmicks to keep players like me hooked. The game itself is just plain fun, and the little updates here and there give me as good a reason as I need to log back in and remember that. In a crowded multiplayer landscape where the gimmick is king, Tetris 99 is a rare gem that doesn’t need to reinvent itself to keep pace.

Tetris 99 doesn’t seem like it’ll be around forever. Nintendo has set the stage for free game shutdowns with Mario 35’s looming removal from the eShop in March. I already dread the days where I won’t be able to unwind for an hour by squeezing a few Tetris 99 matches in. For Nintendo Online subscribers who have yet to try it, make sure to try it before it’s eliminated.

Tetris 99 is available as a free Nintendo Switch download for Nintendo Online subscribers.