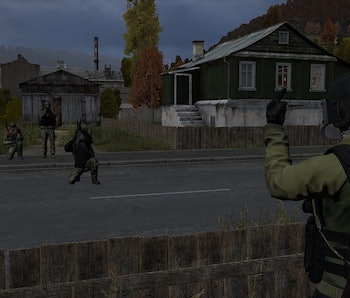 Trying to be the next big thing in an emerging genre is like trying to catch lightning in a bottle. It requires as much serendipity as it does alchemy. Fortnite managed to pull it off, but a closer look at the game’s history reveals just how lucky that success really was.

Before the battle royale craze, publishers hungry to capitalize on the success of League of Legends optioned a slew of multiplayer online battle arena games hoping to ride the MOBA wave. The vast majority of them were canceled within a year (some never even made it past the beta phase). If you think that’s bad, the massively multiplayer online era was worse. 250 MMO games died trying to chase the shadow of World of Warcraft, and none of them ever came close to challenging its 15 year reign.

The battle royale genre of games was created out of a series of flukes, but hindsight is 20/20. We don’t have any reliable way of knowing what the next big battle royale game will be. What we can do is look back and analyze the titles that brought us to this point

DayZ, the grandfather of the battle royale genre, started out as a fan-made modification of the military simulation game ARMA 2. It was the brainchild of Dean Hall, a designer who took his inspiration from survival training in the New Zealand Army.

Hall wanted to make a zombie survival game that matched the tension of war. Instead, he ended up with a fascinating social experiment that inspired diaries and even photojournalists.

In DayZ, more than hundred players spawn together on a zombie-infested island to scavenge for supplies and do your best to survive.. Meeting another player was always a tense moment, and alliances were fragile because the cost of surviving was so high. People regularly murdered each other over cans of beans.

DayZ became a wildly lucrative success, but it was never that popular. Even at its peak, it had just over a million players. It was a game everyone loved to talk about, but not many actually played. It was just too brutal, unforgiving, and directionless.

The lack of any real objective is what made DayZ too daunting for most players. Developers realized that the most popular aspect of DayZ was the chaos. People liked being hurled onto an island with dozens of other players to see who’d come out on top, but they needed some structure so they wouldn’t end up running around aimlessly for hours just looking for someone to fight.

PlayerUnknown’s Battlegrounds established battle royale as we know it

Brendan Greene, better known by his online moniker PlayerUnknown, capitalized on that desire.

He started off as a fan of DayZ before learning to code his own games. Like many others, the thing about DayZ that resonated with him most was the particular kind of combat it offered. In a world filled with shooters that neatly organize opponents into teams with specific conditions, the randomness of DayZ was refreshing. It was every player for themselves. You could emerge as the winner of an intense 10-player firefight only to be gunned down by random stranger while bandaging yourself up afterward.

Inspired by the Japanese film Battle Royale, Greene wanted to recreate that concept in a video game. His new game began as a simple mod, just like DayZ. It wasn’t until he added two critical new features that the battle royale genre was really born.

First is the dropper. Rather than spawning at a random point on the map, all players in PUBG start in plane that flies over the island. Each player can disembark when they want and land wherever they want, introducing some choice and strategy while also retaining randomness. You can choose where you want to go but you don’t know what’ll happen once you land.

To solve the issue of slow, aimless games, PUBG also implemented a shrinker. By gradually shrinking the habitable area of the island with a lethal environmental wall, players were forced to keep moving and engage in combat. This also ensured that the average PUBG match only lasted about 30 minutes. In DayZ, it was possible to go that long without meeting a single person.

Those two decisions put PUBG on the map, helping it sell over 50 million copies. Plenty of other battle royale games used the same mechanics, but for a while PUBG defined the genre.

Then another game came along to do what PUBG couldn’t: appeal to everyone.

Fortnite made battle royale a genre for everyone

No one should be more surprised by the success of Fortnite than its developers, who added a battle royale mode just because they thought PUBG was cool. On paper, it shouldn’t have succeeded. By the time it was in development, the battle royale market was already saturated with contenders hungry for some of that PUBG money. Fortnite Battle Royale’s initial announcement was met with sneering skepticism.

But it worked, and a lot of it was by dumb luck. Fortnite was already a cartoony game, which drew in many young children whose parents wouldn’t allow the brutal, realistic graphics of PUBG. Epic Games also made the smart decision to make its battle royale mode totally free, and made it widely available on ever platform imaginable(evenphones).

The game’s building mechanic, also a leftover from the original Fortnite, unintentionally added a new depth to the genre. To win in Fortnite, you can’t just be a good shooter. You also need to be a good builder. That extra layer of skill made it attractive to popular streamers who’ve built entire careers out of the game. Tyler “Ninja” Blevins claims to earn $500,000 a month streaming the game.

Epic Games made Fortnite Battle Royale to tap into PUBG, but it ended up doing far greater by discovering the same magic sauce used by hugely popular titles like World of Warcraft and Minecraft by making their respective genres interesting to everyone, not just “gamers”. Fortnite had the right stuff, was released at the right time, and was played by the right streamers. Out of all the developers chasing after PUBG, it was Epic Games that caught the lightning.

So does that mean Fortnite will forever be at the pinnacle of the battle royale mountain? Probably not.

New battle royale games are coming, and all of them know that in order to win players over from PUBG and Fortnite, they’ll have to offer something different. Fear the Wolves features a dynamic weather system. Not to be outshined by Battlefield V’s new battle royale mode, Call of Duty: Black Ops 4 is shipping with its own branded version.

But there’s one I have high hopes for: Realm Royale. Hi-Rez Studios understands that in order to be successful in today’s market, its battle royale game must not only be fun to play, but also enjoyable for spectators.

Realm Royale features light role playing elements like a class system and crafting, but doesn’t get lost in the weeds complex weapons or a leveling-up system. When players are downed, instead of being keeled over, they turn into chickens. It’s an obvious reference to PUBG’s victory slogan (“Winner Winner Chicken Dinner”) but it’s also great for streamers. If you can survive as a chicken for 30 seconds, you’re transformed back into an able-bodied human. Lucky for you, all the windows in the game are perfectly sized for a chicken to jump through, but a blood-crazed human would have to run around and take the door. 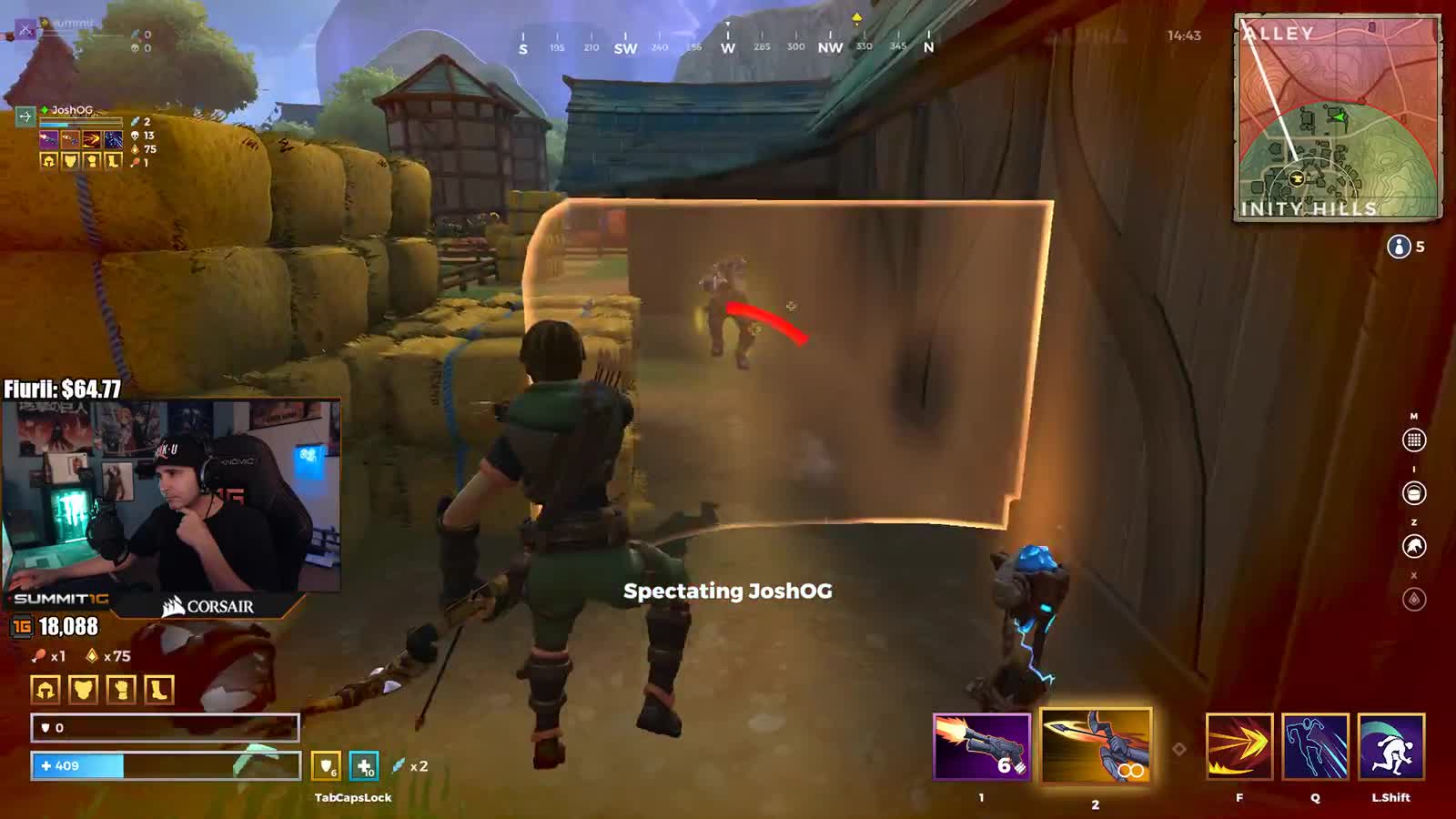 The game launched on June 5 and it’s already leapt to the top five most viewed games on Twitch. Hi-Rez is off to a great start, but did it catch its own lightning? Time will tell.

What we’ve seen from the young battle royale genre is impressive, but it’s barely scratching the surface. Battle royale didn’t start with Fortnite and it won’t end there, either.

I do believe there will be a new king of the hill, and when it comes, it’ll be a title no one could have guessed, just like all the great battle royale games that came before.