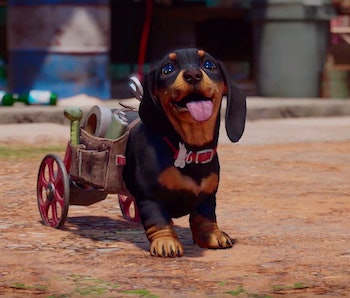 Far Cry 6 is the latest game in the acclaimed open-world first-person shooter series, and it’s gearing up to launch very soon. From its promotional material, it’s shaping up to be a wild ride, with renowned actor Giancarlo Esposito taking on the role of the fictional dictator "El Presidente" Antón Castillo. In preparation for the game’s launch, you’ll want to be aware of its release time, download size, and pre-order bonuses. Here’s everything you need to know ahead of Far Cry 6’s release.

When is the Far Cry 6 release time?

Unlike many games, Far Cry 6 will release at 12:01 a.m. local time on October 7, 2021. New Zealand will gain access to it first. Typically, games will launch across all regions simultaneously, meaning the time differs depending on where you live. Far Cry 6 will instead feature a staggered release schedule. This does mean you can change your region to start playing it sooner, which is a loophole to circumvent the staggered release schedule.

Keep in mind, an optional texture pack is available for PS5 at around 26 GB, and for PC at 37 GB. Make sure you download it as soon as you can so you can begin playing right at 12:01 a.m. local time.

Although many popular AAA games launch on Xbox Game Pass on day one, Far Cry 6 isn’t joining the service, at least not yet. In fact, none of the Far Cry games are available on Game Pass, but that doesn’t mean they won’t be added later on. There were rumors (according to an insider) that Ubisoft+ (the publisher’s subscription service) would be added to Xbox Game Pass in the future, meaning Far Cry could be on Game Pass at some point.

For now, you’ll have to get Far Cry 6 the old-fashioned way.

What are the Far Cry 6 pre-order bonuses?

Regardless of if you buy physically or digitally, those who pre-order Far Cry 6 gain access to the Libertad Pack which includes the Discos Locos deadly disc launcher, and Libertad Chorizo, a companion dog who aids you on your missions. If you pre-order through a retailer digitally, you’ll receive your Libertad Pack code via email shortly after the order is placed.

Certain retailers also have additional bonuses, such as GameStop. Pre-ordering there gets you a poster while supplies last, in addition to the Libertad Pack.

Speaking of additional content, Far Cry 6 has a hefty DLC roadmap planned, featuring appearances from other villains in the series such as Vaas (Far Cry 3), Pagan Min (Far Cry 4), and Joseph Seed (Far Cry 5). Weekly missions and gear will be added throughout the game’s life cycle.

In addition, Danny Trejo, Rambo, and the Stranger Things universe will be incorporated as post-launch content for those who own the season pass. The season pass is included with the Gold, Ultimate, and Collector’s Editions.