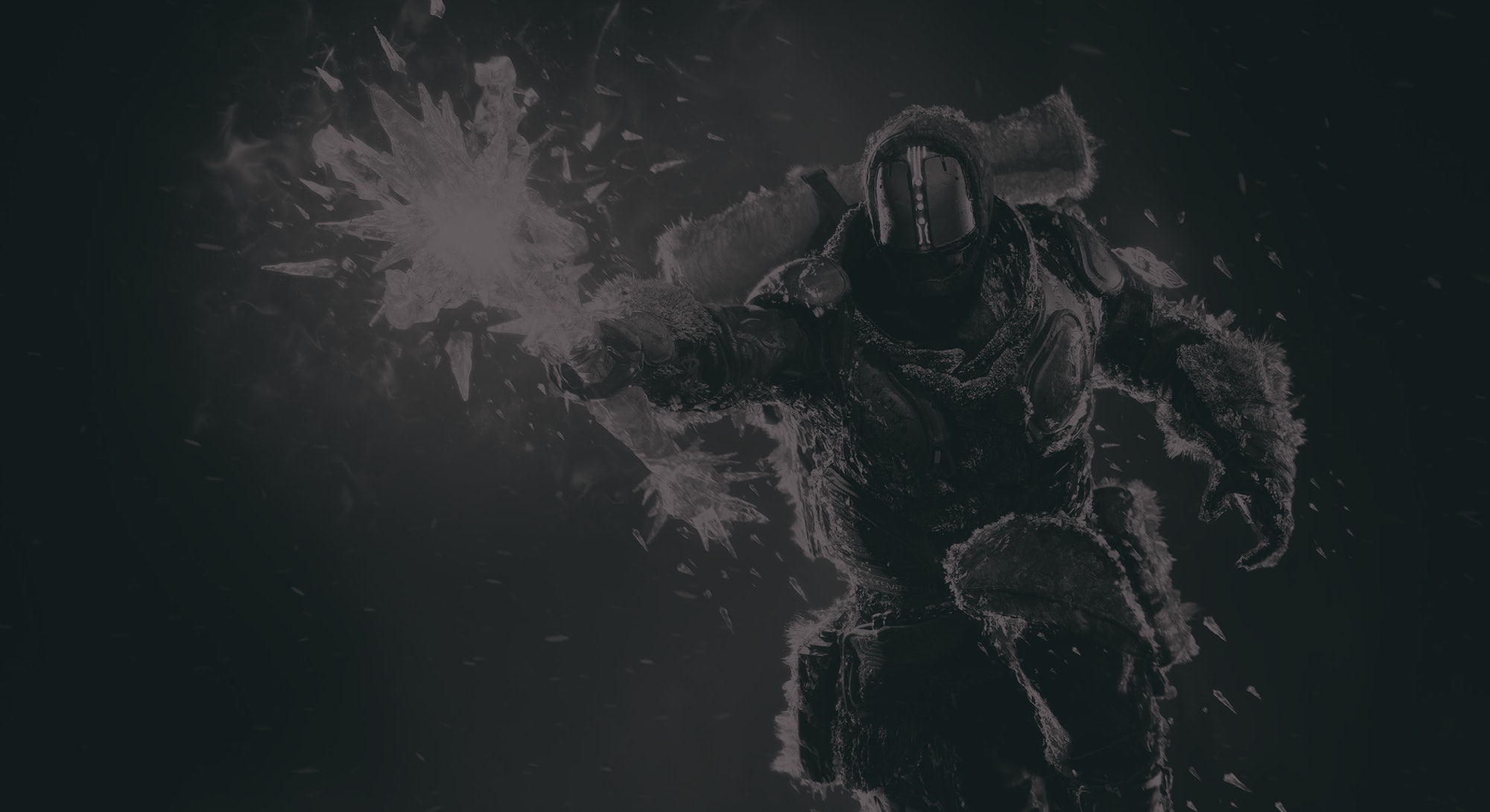 Nothing sends a shiver down my spine quite like the sickening pop and icy trickle of the Warlock’s Stasis Super activation in Destiny 2.

It opens with a roaring windup as the wielder transforms into an overpowered ice wizard, then there’s a dwindling crystalline grind in the backdrop — “icy dubstep” as somebody on Reddit called it. If I’m in the Crucible battling other players and hear it, my heart skips a beat as I check the activity feed to see if it was an ally or enemy. If the latter, do I run, hide, or go down fighting? When a Warlock comes at you with ice magic that can shatter you to pieces, there’s not much you can do about it. The wielder gets a surging dopamine rush of awesome power, but if you’re on the receiving end, it’s probably despair.

There’s no mistaking any of the totally unique “Super pop” sound effects in Destiny 2.

“When you hit your Super, we want you to feel like you're ready to wreak havoc upon your enemies,” says Bungie’s Senior Audio Lead Evan Buehler. “A Super pop is meant to feel powerful for the player but also kind of scary in the way it gives information to other players.”

An official ViDoc from Bungie before the first game’s release overviews the process.

Buehler has worked on the Destiny franchise since the first game’s 2014 debut, coordinating the sound teams for each annual release, including February 22’s The Witch Queen.

Juan Uribe is a Senior Sound Designer and the lead of the systems team, which is responsible for weapons, abilities, and general UI year-round. So if you have a favorite ability or weapon sound in Destiny 2 that was added during the Shadowkeep annual release or later, Uribe probably had something to do with it.

Buehler and Uribe revealed some of the peculiar strategies the team has used to make some of the games’ most memorable sound cues, from Champion stuns to Super pops and your favorite exotic weapons.

This interview has been edited lightly for brevity and clarity.

Stasis is all about Darkness and cosmic ice. How do you make sounds for that?

Buehler: Stasis is a good example of how we collaborate and how Bungie approaches sound design. We call the concept “source jams.” When you hear one in-game sound, there’s a team of people that have made the sound.

We do field recordings with a theme: Stasis is cosmic ice. The entire sound design team contributed lots of different design work, and then we’d create a large pallet of things that we whittle down and combine. Some of that is synthetic elements or crystalline sounds from actual ice recordings — or even Lego bricks moving. Some of the other more interesting ones for Stasis were scratching a tub filled with water or even other underwater sounds thrown in.

You put a lot of ingredients into the pot, but everyone contributes and is mixing the recipe. There’s a real journey to get to that endpoint, so it’s not as simple as X plus Y equals Stasis.

The Lorentz Driver Exotic Fusion Rifle is a fan favorite with its whirring robot sounds and the little singularities it creates. What’s the story behind its unique sound?

Uribe: Lorentz Driver is probably the most complex weapon I've made. It's a fusion rifle, so you’ve got the charge-up, the firing, and then the cooldown. Visuals were shaping up in a way that involved black hole-type stuff — pulling in with an implosion, then exploding.

We were also talking about how when you acquire a bounty, we wanted the weapon to speak to you in some way, so we made it have a droid chatter. Like you have R2-D2 in the back of your ship, chirping. You can feel what he’s saying.

Click through to watch and listen to a thread of Juan Uribe dissecting the Lorentz Driver’s sound.

That one came from this recording of a laser-etching printer that prints by engraving metal, and they make this chattering laser noise. I processed sounds derived from that a long time ago, to create a whole library.” And two years ago, I had a modular system with a bunch of synthesizers, and I bumped into these accidental robotic chatters. I chopped both of these things up and made little syllables rearranging things. The sound kind of just made itself.

My favorite sound in the game is the Champion stun that’s sort of like a vorping “baloosh!” How was that made?

Uribe: Towards the very end of Shadowkeep production, I was still learning the tools and sweating when I got hit with that sound. It came down the pipeline late. I knew it was going to be iconic and live in Destiny forever, but they needed it fast.

The first thing I did was grab other shield break sounds to reference. How much power and impact? There’s an initial pop, then voice and body, and a tail end. I laid down the fundamentals: punchy, big, explosive. But then I knew it needed a voice, the rising pitch of layered sound you can hear in your head. I needed something that cuts through the combat mix, and I thought … drills!

When you hear a drill, it doesn’t matter what you’re doing — it’s loud and piercing. I took a buzzing drill recording, pitched it down a little bit, put a ramp on it so it pitches from low to high, and processed it with some distortion and layers. When you take the drill away, you still get a nice, chunky explosion with the visceral punch of feelings — but that drill gives it that iconic voice.

How did the team produce the whistling bird noise when you get enough headshots with the Dead Man’s Tale exotic Scout rifle?

Uribe: That was Paxson Helgesen, my right-hand man. He's an amazing sound designer with a great mind. He locked himself in his closet to whistle these cues. We’re working from home, so he made all his whistles in his closet, cleaned them up, and processed them, and those became the cues.

Buehler: One of our goals with exotics is an instantly recognizable sound. As a player, we want you to say, “That’s Dead Man’s Tale!” We’ve spent a lot of time working on each one to make sure it has a unique sonic identity.

The Witch Queen introduces a new weapon type called the Glaive, which is a polearm with a sword-sized blade unlike anything else in the game. What’s the sonic story there?

Uribe: It’s a first-person weapon, and other designers have talked about how they wanted the visceral immediacy of swinging it compared to swords in third-person. Glaives have quite a different feeling.

He built the sound from the ground up. Like with Dead Man’s Tale, Paxson was leading the charge. He recorded a real machete to get some metallic “shwings.” You’ll hear those blade noises, even when you fire the Glaive projectile. That makes it very unique. It’s also a shield that fulfills so many roles.

I am immensely curious about the sounds for the immeasurable and immaculate equine, Starhorse. Is it a real horse?

Buehler: That was done by our awesome dialogue team. Any voice or sound with vocalizations goes through them. Depending on what the performance is, we’ll go in and process that.

I’m not going to give the credit for that, but I know for a fact that we did not record a horse for Starhorse. It is a person making horse sounds.

As inspired by a Reddit post, this 9-minute video from NateFigs isolates some of the best sounds in Destiny 2.