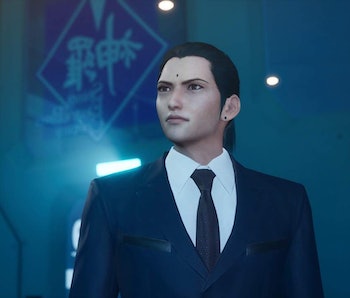 Final Fantasy VII has no shortage of iconic characters, from the spirited ninja Yuffie to the blood-chilling villain Sephiroth. These characters have only grown in complexity over the years with all of the extended universe content. The most substantial piece of extended content is Crisis Core, the prequel to FF7 that was first released on PSP in 2007. Crisis Core Reunion gives the beloved spinoff a new lease on life, but with the second remake installment Final Fantasy VII Rebirth looming ahead, some of the prequel’s details and narrative threads feel far more important this time around. It creates the case that the Turks, a fan-favorite group of characters, deserve far more time in the spotlight.

The prequel begins about seven years before the start of FF7, focusing on a young SOLDIER 2nd-class named Zack Fair. Flashback sequences from the original game show that Zack is Cloud’s friend who was at Nibelheim during the Sephiroth incident. Cloud’s memories and identity are also muddled for a time, so much so that he spends a chunk of FF7 essentially thinking that he is Zack.

Crisis Core explores the events that lead up to Final Fantasy 7 and gives Zack a much larger role in the overall narrative. The early chapters of the game also reveal that Zack has a close relationship with the Turks, the group of Shinra operatives that will later include Reno and Rude. Zack is rather close with a young Tseng, who would eventually go on to become the group’s leader.

The relationship between Zack and Tseng is fascinating, as SOLDIER and the Turks are two organizations within Shinra that generally see each other as competition. Because of this, the two characters have an almost antagonistic relationship at first, but after their first mission together, there’s a mutual sense of respect that starts to develop.

Although Crisis Core Reunion is technically the same game and story with gameplay improvements, its release right now seemingly indicates its story will be vital to FF7 Rebirth. Earlier this year, Crisis Core Reunion producer Yoshinori Kitase told Inverse, “If Crisis Core Reunion is played in between Final Fantasy 7 Remake and Rebirth, it would really enhance everyone's experience of just this entire Remake project. So I would definitely recommend that all games are played, but it isn't a requirement per se.”

The FF7 Remake post-credits scene also seemingly reveals that, somehow, Zack is alive in the new Remake and Rebirth timeline. This creates some wild questions for the timeline of the Remake, and where the story could be going. Conceivably, Zack will play a large role in the story moving forward, and that means his relationship with the Turks could come into play, especially as characters like Reno and Rude continue to follow Aerith and the party.

What’s particularly interesting is a small detail near the end of FF7 Remake: It becomes clear that Rufus Shinra can also see the Whispers, the shadowy arbiters of fate. This seems to suggest that Rufus is aware, or going to become aware, of fate changing, and his actions may not follow the timeline of the original game.

It’s easy to see how Rufus could catch wind of Zack’s survival, especially if he’s in the slums looking for Aerith. With that in mind, it’d be fascinating to see Zack as the main character of a second playable party made up of Turks. With Rufus’ knowledge that something is wrong with the timeline, he and the Turks could end up being secondary protagonists, trying to fight whatever plan Sephiroth has set in motion.

With the FF7 Remake project incorporating more extended universe content, it seems only natural the Turks’ role would expand. The organization has played a vital part in so many of the spinoffs, including the Before Crisis mobile game, a novel called The Kids Are Alright: A Turks Side Story, and of course, the Advent Children film that functions as a sequel to FF7.

Cloud’s relationship with the Turks doesn’t develop until further into FF7, but even in Crisis Core’s early chapters, Zack has already started to build a complex relationship with them. Crisis Core Reunion makes some big improvements to combat and gameplay, on top of the massive visual upgrade. Surprisingly, though, the most enjoyable part of replaying Crisis Core, so far, has been re-evaluating the story with the added context of FF7 Remake.

What could it all mean for Rebirth?

More like this
Gaming
Feb. 1, 2023
The Best Video Game Ever Made Just Got Its Own Holiday
By Hayes Madsen
Gaming
Jan. 27, 2023
Dirge of Cerberus is still the most incoherent Final Fantasy game ever
By Willa Rowe
Gaming
Jan. 27, 2023
Like a Dragon: Ishin blends Yakuza's weirdo humor with stylish samurai flair
By Jen Glennon
LEARN SOMETHING NEW EVERY DAY.
Related Tags
Share: