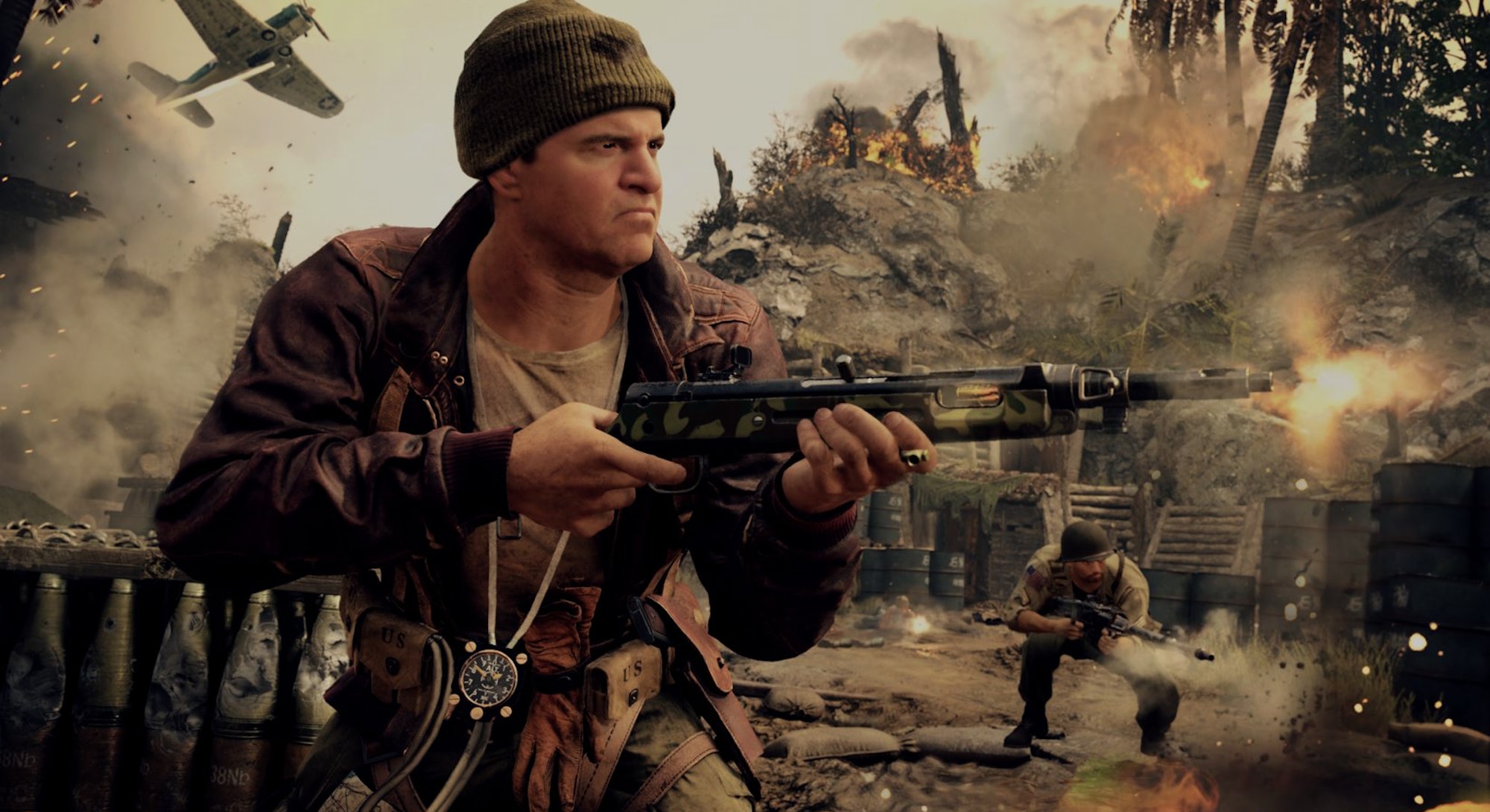 After I opened the hangar doors at the tail-end of Call of Duty: Vanguard’s single-player campaign, the evil Nazi general Freisinger sneered at me before speeding away in his getaway car.

For the last 5 hours, Freisinger had been hellbent on ensuring the Reich lived on through subterfuge after Hitler’s death. Now, the coward was running away. The cartoonishly evil Nazi had killed some of my closest allies, so I really just wanted to take him out so I could finally finish the game’s dull campaign.

During a brief window after opening the door, I had a clear shot on Freisinger, so I killed him. But, instead of rewarding me for quick reflexes, Vanguard slapped me with a “Game Over” screen. The game rebooted the last checkpoint ... because I took initiative where the game did not account for it.

Call of Duty has spent decades telling players to point and shoot at their targets ASAP or risk dying. So why didn’t the developers account for that? That question still lingers in my mind long after Freisinger died in a scripted event minutes after he fled.

That underwhelming moment is emblematic of Vanguard’s campaign experience as a whole: too linear and half-baked.

Call of Duty: Vanguard opens with an elite team of soldiers from England, the United States, Australia, and Russia attempting to uncover the secrets behind Freisinger’s “Project Phoenix.” At the end of the first mission, the voiceless character you play dies, and the rest of the team is captured.

After that, most of the game’s cutscenes are spent in a dreary prison, with the next several missions serving as flashback origin stories starring the four members of this supposedly elite team. Developer Sledgehammer Games clearly wants this to be a personal and emotional journey. There’s just one problem: None of the characters are very interesting.

The four would-be heroes fill generic archetypes: the British-African leader who’s much smarter than the racist Nazis give him credit for, the stoic female Russian sniper, the wisecracking and explosion-loving Australian, and the hotshot American pilot. Those are the only people the game wants you to care about because everyone else either dies or vanish from the story as quickly as they appear.

Dull characters doom this boring narrative, and poor pacing only makes things worse. The stars of each mission seem chosen at random, which kills whatever momentum the story had built up with the previous mission. Most levels are linear shooting galleries that punish you for veering off the narrow path of objectives and setpieces.

That’s how you get situations like the Freisinger failure.

There are better ways to handle this situation: Let Freisinger get away during a cutscene where it’s not even possible to shoot him, or at least give the player some kind of secret ending for killing him early.

Instead, Vanguard opts for the cheap and immersion-breaking option, punishing any players with the quick reflexes to go off-script by killing Freisinger early.

The levels where you control the Australian are a brief highlight as the player has more freedom to complete objectives. Still, lousy AI and cliched plot beats let down this minor bright spot. Throughout the campaign, it’s hard to shake the sense that these levels matter very much, as they have little to no bearing on what’s currently going on since everyone’s trapped in a Nazi prison.

Outside of the first and final levels, Vanguard has an almost complete disconnect between story and gameplay. It’s a bad case of ludonarrative dissonance on the most basic level.

Vanguard’s campaign doesn’t encourage us to care about its main characters, offer a unique perspective about World War II, or even feature enjoyable and replayable missions. It’s the worst Call of Duty campaign in years, possibly ever, and the joyless linearity of it all constantly suggests that Activision made it on a tight budget with a tighter deadline.

If you are picking up Call of Duty this year, skip the campaign. If the other modes interest you, stay tuned for Inverse’s review of the multiplayer and zombies modes.