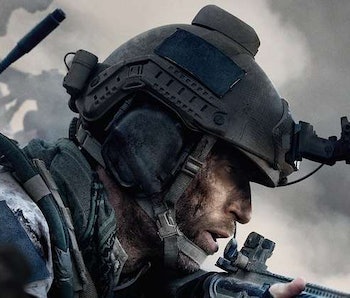 A new season of Call of Duty: Modern Warfare means more changes to Warzone. But one change in particular, one that may feel familiar to veterans of Apex Legends, is bound to add a wrinkle to the way Call of Duty is famously played.

Campers, beware: Zip lines are coming all across Verdansk.

What Happened? — On Tuesday, Infinity Ward and Activision released the full details for Season 5 of Call of Duty: Modern Warfare. As widely expected and previously reported, Season 5 will add changes to Warzone that include the opening of the stadium, a moving train carrying weapons and loot, and new Operators belonging to a mercenary group known as Shadow Company.

But one big change that should make a lot of veteran Call of Duty players shake in their combat boots is the introduction of more widespread zip lines on the exterior of buildings and structures. In other words: It will now be a lot easier — though by no means easy — to get rid of a troublesome sniper camped in what was once a strategic position.

What do you want to see in Call of Duty 2020 and future Warzone updates? Take our poll!

Why this will change Warzone — "Camping" isn't just an outdoor activity we humans used to do when the world was normal. It's also a term for a well-known strategy, mainly in games like Call of Duty, that means hiding in a guarded spot and picking off enemies.

Camping is like stalking a crush on Instagram: Everyone does it, but no one wants to admit it.

In Warzone, the battle royale stand-alone game of Call of Duty: Modern Warfare, it is possible to camp atop high buildings and spot out enemies to pick off with top-tier rifles. The strategy only proves so useful due to the gas that shrinks the game map, but early on it's possible to spend time camping and accruing XP based on well-placed headshots.

But the addition of zip lines, which Infinity Ward is calling "Exterior Ascenders" across Verdansk is bound to make players rethink their willingness to camp. Infinity Ward wasn't specific where exactly zip lines are being added. The press release published Tuesday only says the following (bolded emphasis ours):

"Need to take down a troublesome sniper? During past navigations through multi-floored building interiors (usually located in downtown Tavorsk District), you may have clamped onto a vertical zip line inside an elevator shaft to gain quicker access to the top of the structure. Now you can expect additional and strategically positioned Exterior Ascenders dotted throughout Verdansk. These will primarily be attached to the exterior of taller buildings, enabling you to gain a tactical and height advantage from a different angle, and with more haste than ever before."

Zip It Up — Zip lines already exist in Warzone, but only in a handful of places and only inside of buildings. They are primarily used to go up or down elevator shafts that cut the chore of sprinting over spiraling stairs. Now, with "Exterior Ascenders" adding zip lines to the outside of buildings, it will theoretically be a lot easier and quicker to challenge a sniper who just downed your teammate.

Of course, just because it is easier doesn't mean it'll be easy. But the inclusion of zip lines means there is at least another option for players instead of just running and hiding behind cover.

The Inverse Analysis — Because Infinity Ward isn't clear where "Exterior Ascenders" are being added it's difficult to tell how effective the inclusion of this feature will actually change Warzone. Camping is so entrenched in the gameplay of Call of Duty that it seems impossible to eliminate it outright, even if vertical zip lines even the score just a tad.

But with the moving train and the opening of the soccer/futbol stadium, the 150 players of Warzone still have other ways to climb their way to the top ten.

Call of Duty: Modern Warfare Season 5 will begin on August 5.