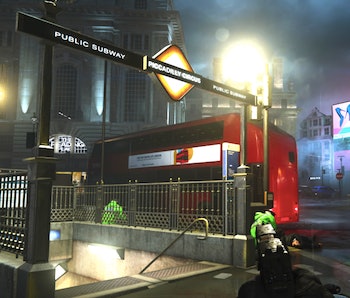 While a substantial portion of the Call of Duty: Warzone community plays the free, battle royale-only version, those who bought the full $60 game are likely aware of a notorious glitch on the multiplayer map Piccadilly. In the upcoming Season 5 of Warzone, those Picca-dillemas may finally be a thing of the past.

What Happened? — On Tuesday, Infinity Ward's public Trello board for Call of Duty: Modern Warfare revealed a whole slew of patches that will be implemented in Season 5, the next season of content for Call of Duty and Warzone that is expected to arrive next week.

Most of the patches are minor. But one of them, simply named "Reports of an exploit on Piccadilly in one of the kiosks" may actually be huge. As it states, known exploits on the multiplayer map Piccadilly may finally be rectified.

Problems on Piccadilly — Based on the real-life area of London's West End, Piccadilly is one of the most hated maps in Call of Duty: Modern Warfare, due to poor lines of sight and difficult respawn points. It is not uncommon to see players quit a match on Piccadilly.

These problems go beyond Piccadilly's layout. A widely-known glitch allows opportunistic players to hide behind a theoretically inaccessible door, an out-of-bounds area, and mow down opponents.

In normal matches, this is a useless exploit and players have no reason to spend time camping there. But in Infected mode matches, which end with one player fighting many others, it can give cheaters an infuriating edge. The glitch has been documented on YouTube and Reddit.

As of last week, similar glitches on Piccadilly still exist, as YouTube gamers have demonstrated.

Is Piccadilly totally fixed? — Due to the vague wording of Infinity Ward's Trello, we can only assume some exploit is getting resolved. And we can likely deduce only one exploit, based on the singular usage of the word.

The Inverse Analysis — However unpopular Piccadilly has been, it's clearly not enough to make gamers quit Call of Duty: Modern Warfare. The game has been a huge hit since its late 2019 debut and continues to draw a considerable audience. Warzone released just as widespread shelter-in-place orders began in March, and is currently one of the most popular battle royale games available. Every day, thousands of fans watch pro players streaming the game on Twitch and other platforms.

A Season 5 fix for Piccadilly is a little late, as players have grown used to the map's technical problems. But sometimes late is better than never. Perhaps the next time players spawn in Piccadilly, cheaters will be a distant memory.