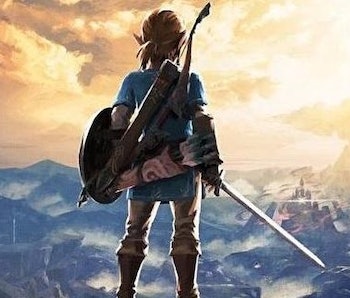 After months of rumors and speculation, Nintendo finally revealed its plans for the 35th anniversary of Super Mario Bros. in a surprise Direct on September 3. While the presentation focused purely on the high-flying plumber, all the Mario-themed announcements left a conspicuous gap in Nintendo's release calendar for November and December, and only one confirmed title on the docket for 2021.

We haven't heard a peep about Breath of the Wild 2's release date since the game was first revealed back at E3 2019. Could we finally get a date before the year's out? Or will we hear more Zelda news from Nintendo this year? Here's what we know about all things Hyrule in the weeks and months ahead.

At present, Nintendo has six games with confirmed release dates in the months ahead. These include:

Bravely Default II and No More Heroes 3 are both listed on the Nintendo site as having general 2020 release dates, but it's possible these previously announced games could be delayed. We're getting pretty close to the holiday gift-giving season — if those games are going to be out in 2020, we should know about it soon, if not already. And, let's be honest, the Game & Watch doesn't count. There's definitely room in here for a surprise or two.

While the odds of Nintendo shock-dropping Breath of the Wild 2 in November or December are very slim indeed, Nintendo does have a habit of keeping its cards close to the chest until just weeks before launch — Super Mario 3D All-Stars was officially revealed just 15 days before release, even though it was widely and credibly rumored for months before that. Even if we probably won't get to play BOTW 2 before 2020's out, there's a decent chance we could hear more about it — and a pretty decent chance we'll hear some kind of Zelda announcement in the coming weeks.

The 35th anniversary of Super Mario Bros. falls in the middle of October. On February 21, Nintendo will mark the 35th anniversary of the original Legend of Zelda. It's possible we could see another direct as early as November or December, revealing a spate of Zelda anniversary content. While Breath of the Wild 2 is sure to be the crowning jewel of this celebration, and likely won't be in our greedy little hands until spring 2021, Nintendo's handling of the Mario 35th anniversary suggests we could see some remasters or ports before February. Just hours after the Mario reveals, speculation about a "Zelda All-Stars" was already trending on Twitter.

While a dollop of Zelda would be another delicious addition to Nintendo's holiday lineup, one thing's consistently certain: the company marches to the beat of its own drummer. We wouldn't put it past Nintendo to hold back its Zelda anniversary plans until January, typically the deadest month on the gaming calendar, just because it can.

Breath of the Wild 2 is currently in development.