'FF7 Remake,' 'Animal Crossing': 5 stats that sum up an outstanding April in gaming

"I've been working with video game sales data for over 15 years now and April is, by far, the wildest month I think I've ever seen." 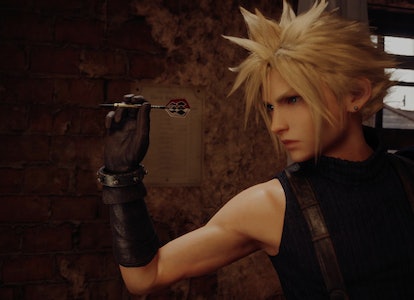 As the Covid-19 pandemic continues, people remain stuck mostly indoors and look to video games as a reliable way to pass the time. A report published in April 2020 by the NPD Group, a market research firm, analyzed sales trends for the gaming industry from March, and data proved that the gaming industry saw tremendous growth in the first few weeks of mass quarantine.

NPD's April report was just published on May 22, and it cements April as one of the biggest months ever for the gaming industry.

"I've been working with video game sales data for over 15 years now and April is, by far, the wildest month I think I've ever seen," NPD Analyst Mat Piscatella teased over Twitter before sharing the data for April on May 22.

In general, the numbers back bold claims that the games industry is booming. There were record-breaking numbers in terms of console hardware sales, and titles like Final Fantasy VII Remake, Call of Duty: Modern Warfare, and Animal Crossing: New Horizons continue to dominate.

Here are 5 eye-opening observations about the state of the games industry in April.

5. Console sales are at the highest they've been in the last decade

If anyone was afraid that quarantine would prevent the sales of game consoles, April's numbers prove them wrong. The previous peaks in 2008 were seemingly due to the recession, which makes the gaming industry seem recession-proof.

"Dollar sales of PlayStation 4, Xbox One and Switch each increased by more than 160 percent when compared to April 2019," he continued. While the Nintendo Switch has come out on top for the month thanks to games like Animal Crossing: New Horizons and Super Smash Bros. Ultimate, the increased numbers across the board ensured that PS4 and Xbox One also continue to sell.

4. The Switch has become more popular than the Wii

While it's not the highest-selling console of all time, the Nintendo Wii set records with its sales numbers in the late 2000s. Despite the lofty numbers Nintendo's casual-friendly console achieved, the Nintendo Switch has managed to beat it in one key aspect: "Year-to-date dollar sales of Nintendo Switch are the highest of any hardware platform in US history," Piscatella confirmed. In other words, from January through April, Switch sales have earned Nintendo more money than any other console within that same four months. "The previous high was set by the Nintendo Wii in the year-to-date period ending April 2009."

The Wii U was a massive flop for Nintendo, but these Switch numbers prove Nintendo was able to rebound from that lull. "Nintendo Switch was the best-selling hardware platform of Apil in both unit and dollar sales," Piscatella also mentioned, so it came out on top in terms of revenue and individual consoles sold. While the Switch hasn't outsold the Wii in its lifetime just yet, it may end up doing so if this kind of momentum continues.

3. Gamers are spending more money on accessories than ever before

"Total April 2020 spending on Accessories and Game Cards reached $384 million, increasing 49 percent when compared to a year ago," Piscatella said. "Year-to-date spending has increased 8 percent, to $1.3 billion." As gaming grows in popularity during the pandemic, people need to buy the accessories and peripheral hardware to use it. Gaming headset sales broke a record in April 2020 thanks to "dollar sales doubling those of the previous high set in April 2018." This tells us that more gamers are playing online multiplayer games with chat features.

"Gamepad spending set a new April month record, nearly doubling the previous high set a year ago," he went on to explain, showing that this uptick also applies to game controllers. "The PS4 DualShock 4 Wireless Controller Black was the best-selling Gamepad of April, with the Switch Pro Controller ranking as the best-selling Gamepad year-to-date." This data shows that when the games and consoles are selling well, all the tangential industries benefit as well.

Could it also mean that casual wear and tear has inspired gamers to upgrade to a newer controller? And for anyone with a Switch, a Pro controller is much more comfortable for long periods of gaming than playing directly on the Switch when it's being held.

The amazing performance of these games, in general, is also indicative of how well game software did in April 2020. "Dollar sales of tracked Video Game Software increased 55 percent in April compared to a year ago, to $662 million," Piscatella revealed in another tweet. "This is a new record high for an April month. The previous record of $642 million was set in April 2008."

2020 hasn't been able to top 2008 in most sales metrics, but in terms of dollar sales thanks to Animal Crossing and another new game, it beat out 2008 here.

1. Final Fantasy 7 Remake sets a new record for the series

In plain English, Square Enix sold more copies of FF7 Remake during its launch month, following an April 10 release, than any other Final Fantasy game ever.

"Both records were previously held by Final Fantasy XV which launched in the December 2016 tracking period," Piscatella wrote. Going forward, the launch of new PlayStation and Final Fantasy games can all be compared to FF7 Remake's release. Piscatella also confirmed that FF7 Remake is currently the third-best-selling game of 2020, so don't be surprised to still see it on NPD charts going forward.

This makes for a huge revitalization for the Final Fantasy franchise, and it bodes well for Square Enix developing the Remake series over the course of several distinct entries.

If a final Final Fantasy ever happens, it won't be any time soon.