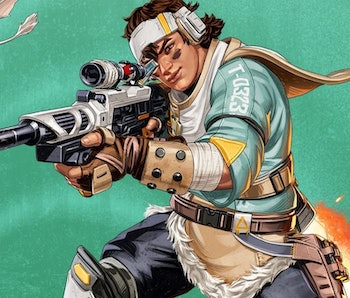 Apex Legends Season 14 is ready to turn heads with its latest reveals. Respawn just uploaded the Season 14 preview page and character trailer, some of which already align with what players were expecting. Legends like Season 13’s Newcastle have spoiled thanks to the massive Apex Legends Reddit leak earlier this year. Still, Respawn manages to surprise its player base, whether it's with a surprisingly good mobile game or an over-the-top anime event. Official information is finally rolling in, so now all there’s left to do is see if it lines up with the leaks.

Here’s what we know so far about Apex Legends Season 14, including new characters, maps, and other improvements.

When is the Apex Legends Season 14 start time?

Who is the new Apex Legends Season 14 character?

Vantage is the latest character coming to Apex Legends. Respawn uploaded her “Stories of the Outlands” character trailer yesterday. It’s aptly titled “Survive” as it shows how she learned to survive from her mother on the ar planet of Págos.

Vantage is a Recon Legend that specializes in sniping. Based on leaks, her kit revolves around long-range combat and buffs for her team. These ability descriptions are copied from leaked files (via YouTube), not an official source. She was part of the massive Apex Legends Reddit leak back in March 2022.

It won’t take long to find out her true abilities with Season 14 coming up soon.

What is the newApex Legends level cap?

Respawn announced that it would be raising the level cap starting in Apex Legends Season 14. It’s briefly mentioned on the Season 14 Hunted preview page with a section that says “Aim for staggering heights with the new Level Cap Increase.”

Respawn last raised the level cap from 100 to 500 in December 2019, where it’s stayed for the past two and a half years. It hasn’t confirmed a new number for the upcoming level cap yet.

What is the Reforged Kings Canyon in Apex Legends Season 14?

Kings Canyon, a reoccurring Apex Legends map, is returning in Season 14. The catch? It’s apparently different than it was in the past.

As per the Apex Legends Hunted page: “Time changes everything, and Kings Canyon is no exception. What will rise from the ashes of the past?”

Kings Canyon is located on a desert planet called Solace. Since its debut, it’s received multiple reworks that riff on the original. It’s in the rotating playlist, so it isn’t always up for play. Apex Legends fans are divided on whether or not it’s actually a good map.

Unfortunately, it’s in “teaser mode.” There isn’t much information about it, just a word about it happening.

Is there a Apex Legends Season 14 trailer?

The Apex Legends Season 14 trailer drops sometime on July 28, 2022. Respawn adds the date at the end of the “Stories of the Outlands: Survive” trailer. There isn’t an option to schedule the Season 14 trailer on YouTube yet. We advise checking back closer to the date for the exact time.

What are the Apex Legends Season 14 patch notes?

Respawn hasn’t posted patch notes for Season 14 yet. We’ll be sure to update this section when they do. You can also check yourself by turning on notifications for the Apex Legends Twitter account or regularly checking the “Game Updates” section of the official website.