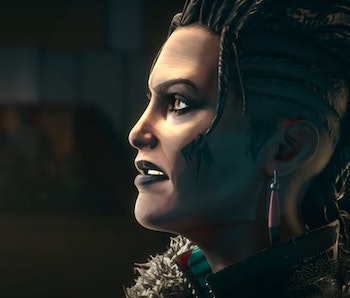 The biggest Apex Legends leak ever hit Reddit on Tuesday, and it includes over a decade of potentially planned content for Respawn’s hit battle royale. This feast of information included a new map, weapons, and, most importantly, nine new Legends that players could look forward to in Season 12 and beyond. Understandably, OP has decided to lay low following the leak and has taken down the original mega file. That won’t stop fans from talking, though.

Leaks happen often enough that many of them can be discounted as just another rumor. However, once the leaker uploaded videos of the agents in action, it was enough to quell much of the doubt. Note that, while many of the videos credit Apex Legends community member KralRindo for the footage, it doesn’t actually belong to them.

These videos have been since removed along with the dead mega link, but it was enough for media outlets and passersby to spread the information before it went down.

“This is 27 months of future content,” one commenter estimates. “There are 9 legends on the sheet with their abilities. This will keep this sub talking until 2025.”

OP last updated their comment to note that they will no longer be updating it and that Reddit has suspended their account for a week. “MEGA link is dead, so I will not update this comment (plus people already sharing interesting bits and pieces on the sub,” they wrote. Best not to let their hard work go to waste, though. Here’s everything revealed in this major Apex Legends leak.

Nine Legends were included in this latest Apex leak. OP listed the passives, tactical, and ultimate abilities for each of the leaked Legends. Those interested in more concrete descriptions can read directly from the Reddit thread, but the specifics of how they work are vague at best. Videos aren’t available anymore for onlookers to analyze for themselves, either.

These nine characters are listed with their codename and epithet. OP notes their classes as available.

Notably, Newcastle has more information available from past leaks. He’s expected to come as early as Chapter 12 and already has a face to his name. Keep in mind, however, that if previous leaks are anything to go by, then many of these abilities and roles are subject to change.

Crypto and Valkyrie’s heirlooms (a.k.a., Apex Legends’ Mythic weapon skins) also appeared in the files. Crypto’s heirlooms already leaked as early as last month and were officially confirmed by Respawn. This leak shows off newer melee animations, like where he spars with his drone. Other animations include sword fighting stances and moments where he pulls out a photo of his family.

Valkyrie’s spear heirloom was already leaked, too. OP points out that it doesn’t seem to be just any spear, but a Japanese yari, which would make sense considering her part-Japanese heritage. The leaker describes the spear models as “pretty raw” but noted that the original file included some animations like running and attacking.

The original leaker already took down their videos, but fellow Redditors have reposted the heirloom previews for those who missed out on the originals. Crypto and Valk’s heirlooms are estimated to release in Season 12 and Season 13 respectively, though that isn’t confirmed.

Divided Moon, a map included in the leaked files, resembles an orange and gray space city. It isn’t fully detailed, as many of the buildings and structures appear as solid-colored blocks without any shading, but it has already drawn and animated space in the background. It’s unclear what role the location will play in Apex Legends lore.

In addition to characters, heirlooms, and maps, Respawn will apparently release a video related to Chapter 7 of the comic and new emotes for Ash and Newcastle. The leaker notes that this points to Newcastle as one of the sooner agents to come down the list.

These leaks have more meat to them, considering the video files that uploaded with them are lost to time. However, even if they are real, plans are subject to change at any time. Respawn hasn’t commented on the leaks to confirm how much of it is real or fake.

Apex Legends is available for PC, PlayStation 4, PlayStation 5, Xbox One, Xbox Series X|S, Nintendo Switch, iOS, and Android. While there’s plenty to come, players should have no problem enjoying the game with its existing 18 Legends, 9 maps, and 7 permanent PvP modes.

More like this
Gaming
14 hours ago
You only have a few days to get the decade's best FPS for less than 3 bucks
By Willa Rowe
Gaming
Jan. 13, 2023
All 58 Genshin Impact birthdays, from January to December
By Jess Reyes
Gaming
14 hours ago
How that wild Forspoken ending sets up a potential sequel
By Hayes Madsen
Related Tags
Share: