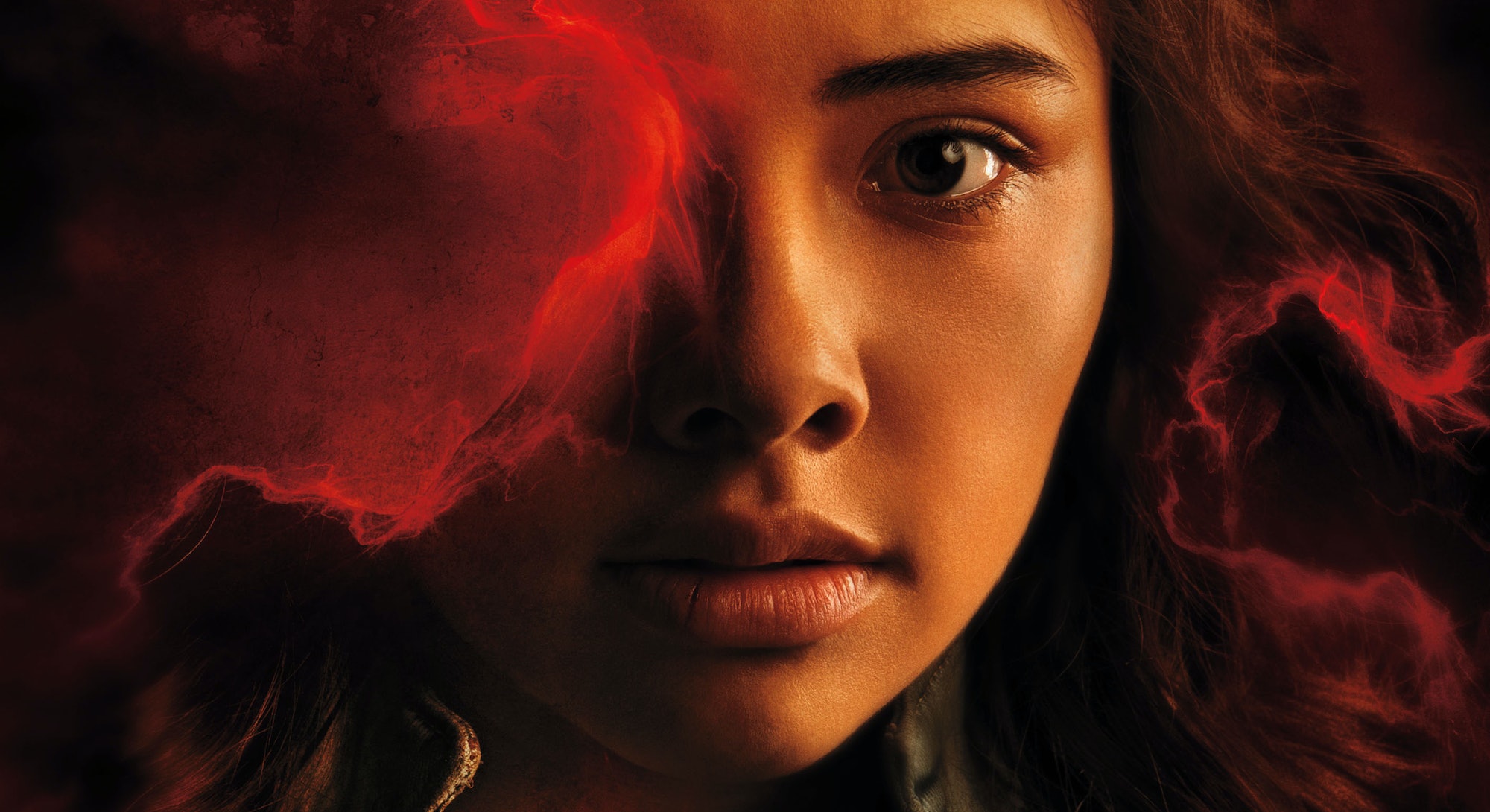 Like any kid trying to fit in at school, Xochitl Gomez became a fan of the Marvel Cinematic Universe because of peer pressure.

“The first one I saw, obviously, was Iron Man,” Gomez tells Inverse, “It was just like, you went to school and what were people talking about? Marvel. If you didn’t want to feel left out, you had to go see the movies.”

Gomez immersed herself in the MCU when her classmates chose their superhero idols. “It was kids at school saying, ‘I want to be Iron Man’ or ‘I want to be Spider-Man.’ I was like, ‘I’ll be right back.’” As if imitating the speed of Quicksilver, Gomez returns to her Zoom window. “I understand it all now.”

Now, Gomez can claim herself to be part of the MCU. In Doctor Strange in the Multiverse of Madness, streaming now on Disney+ and on Digital and home media, Gomez makes her big screen debut in the role of America Chavez, a young denim jacket-wearing punk teenager who learns to harness her power to travel across the multiverse.

“I just fell in love with her,” Gomez gushes about her role. Though she portrays a somewhat younger version of the twenty-something America Chavez who appears in Marvel’s comic books, Gomez still finds plenty to relate to, right down to her choice in streetwear.

“Loki is someone I think could be fun to see America interact with.”

“I just tried to put some of her characteristics into the stuff I was already doing,” Gomez recalls about her study of America. “The stuff I was doing in my auditions was something they had already liked. So I was like, ‘Let me add more of what the character actually is in the comics.’ And it worked.”

In an interview with Inverse, Gomez retraces her steps into Marvel’s multiverse while glimpsing what else is to come in the rest of the Multiverse Saga.

How did you prepare to play America Chavez?

Once I found out what character I was going for, because I didn’t until I was in the UK to do my screen test, that I actually found out what character it was for. When I did, I was like, “Okay, let me look at the comics.” So I read a few comics, and I immediately fell in love with her confidence and sass. And the way that she kept moving forward. And her outfits, her outfits are amazing. I just fell in love. It was a little tricky, because [my role] is younger. I had to make sure that she wasn't fully where she is in the comics. It was a lot to juggle. But we got there.

You said in Assembled: The Making of Doctor Strange in the Multiverse of Madness that you wanted to do your own stunts, but because of your age, you legally couldn’t do all of them. How many of your stunts were you ultimately allowed to do?

All of it was me, except like, if you saw me getting thrown into a building or something like that. That was not me. I've never done wire work before. So doing it was crazy, especially like the little fork tuning kind of thing — like they put you in a harness, and you can't really feel anything but you can twist around and do anything you want. It’s all just your core doing it for you. It really kept me in check. Like, Oh dang, I got to work on that.

One of America’s most famous poses is her fist in her palm. It’s what Jamie McKelvie drew for the cover of America #1. I know it’s a simple pose but what did it take to do it on camera?

It's actually kind of funny. I do martial arts, and something that my martial arts coach says is that whatever you do, or wherever you go, your hands will always connect. Doesn't matter if it's behind you. Your hands will always touch. And it was really funny because in a few of the takes, I fully missed my hand. My martial arts coach says you will never miss your hand and I did. But it was wonderful getting to work with [Marvel’s movement designer] Jay Funk.

What martial arts do you do?

I do wushu. I did it prior to doing the movie. I didn't realize how helpful that would be to me when I actually started doing stunts, because almost all the stunt doubles that were there, especially Benedict Cumberbatch’s stunt double Andy Lister, he does wushu. He’s like, “It’s the best thing for you, it can really help get your muscles working and getting them used to stunt work.” Good thing I’m doing the right thing! I’m halfway to my black belt, and I’m doing straight sword and doing staff. It’s really fun.

“I do wushu. I did it prior to doing the movie.”

So when are we going to see America with a sword?

Just whack everybody? [laughs] That would be really funny. I mean, she is in Kamar-Taj now, so you never know.

Being so young yourself, how did you grasp with the responsibility of being an instant role model to other young people? How are you handling it?

It’s a lot of responsibility to originate a superhero from the comics. But also, at the time, when I was doing it, I was only 13. So to me, I was like, “This is just a role.” It didn’t click until trailers started dropping and people’s reactions started coming out. Girls were DM’ing me messages saying, “Thank you for being there” and “It means so much that you’re on screen, a Latina who’s a superhero.” I’ve realized how much it means to not just young girls, but boys too. How much it means to them there’s a Latina superhero. I’m really happy that I get to be that representation.

The Marvel Universe is expanding as we speak. Are there any other characters you want to team up with in the MCU?

Probably one of the OG — probably Loki, Loki is someone I think could be fun to see America interact with.

The Marvel Cinematic Universe is officially in the Multiverse Saga, and it just so happens your power is to travel the multiverse. What do you know about America’s future in the MCU?

Doctor Strange in the Multiverse of Madness is now streaming on Disney+ and available on Digital and Blu-ray.