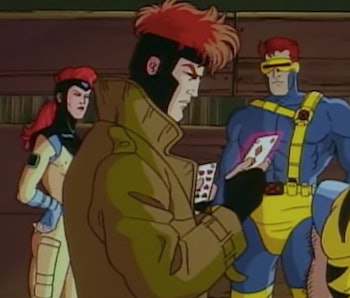 Mutants may have arrived in the Marvel Cinematic Universe in the form of Ms. Marvel, but the X-Men are a different story. However, a new report suggests that Marvel Studios is currently casting for an upcoming streaming series starring a popular (but long overlooked) member of the superhero team.

Mutants in the MCU

A new leak circulating on Twitter (and sourced to Marvel scooper Daniel RPK) claims Marvel Studios is currently casting some very specific roles for an untitled new show. The series seems to focus on the “Beaudreaux” family, who hail from Louisiana and run a powerful crime syndicate. The specific roles call for a “volatile” son in his 20s named “Talex” along with his mother and father.

While it’s not a perfect match, the characters described above sound a lot like Marvel Studios is currently casting its version of Gambit for the MCU. The X-Men member also hails from Louisiana and has crime family connections. In the comics, his name is Remy Etienne LeBeau, not Talex Beaudreaux, but it’s likely Marvel is using fake names to obscure its official plans.

It’s also worth noting that the casting call mentions “open ethnicity” for all three roles, suggesting this version of Gambit won’t necessarily be white like the one in the comics. Many have speculated the MCU’s X-Men could be more diverse than what we’ve seen in the past, which makes sense on a narrative level when you consider that the characters have always been an allegory for the mistreatment of minorities.

Gambit in the MCU

The arrival of Remy LeBeau in particular could be huge for X-Men fans because, despite being one of the most well-known Mutants around, he never got much love from the 20th Century Fox movies. Gambit was a key member of the ‘90s Animated Series. However, the only time we saw him in live-action was a single scene in Wolverine: Origins where he’s played by Taylor Kitsch in what is arguably the worst X-Men movie ever made.

At one point, Fox was set to produce a Gambit movie starring Channing Tatum, but that never happened and now it looks like Marvel could be starting from scratch. Whoever winds up playing Gambit in the MCU, it should be a huge win for fans who have been waiting for decades to see their favorite X-Man get his chance to shine on the big screen (or even on Disney+).