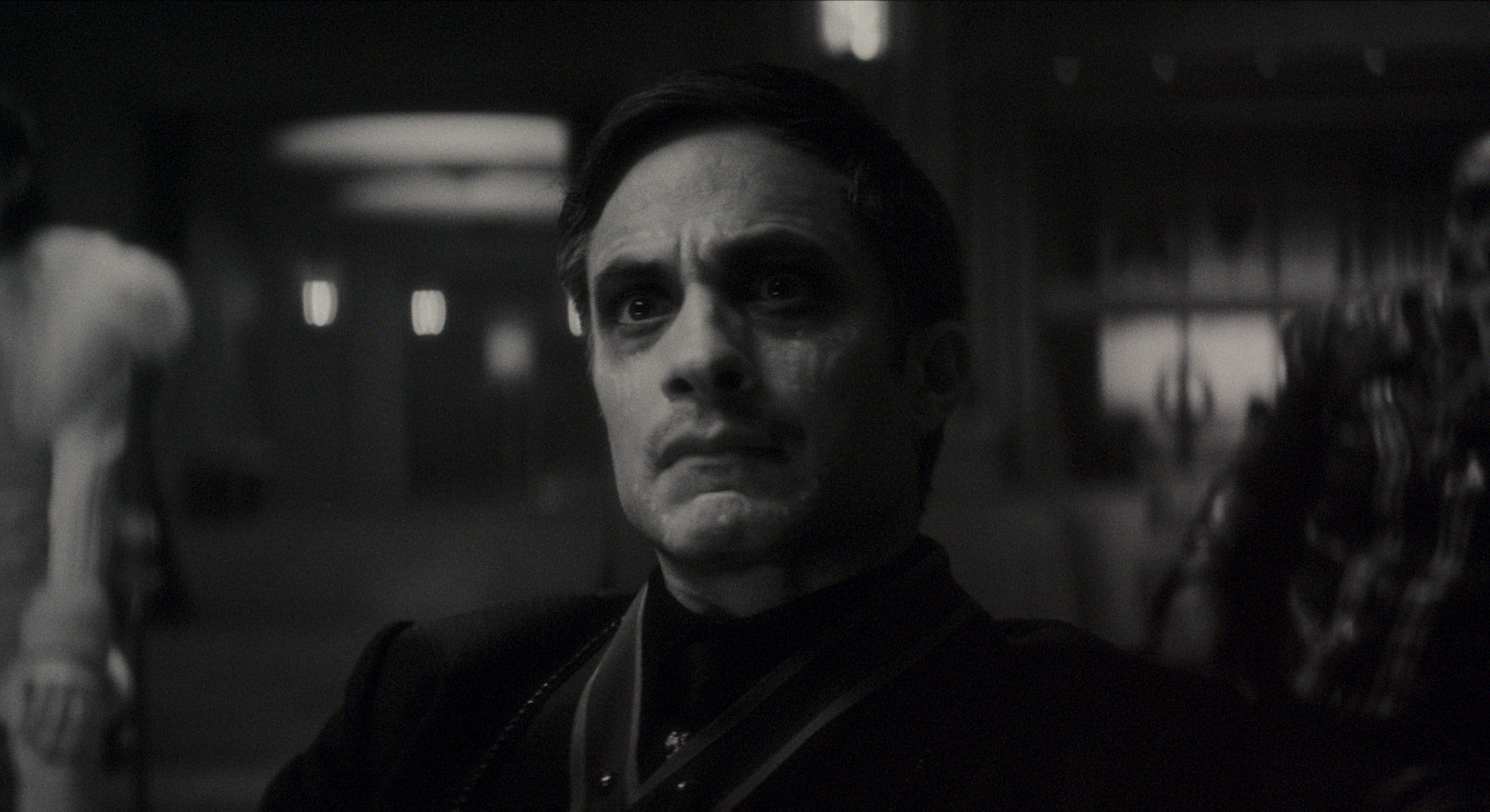 On the first day of filming for Werewolf By Night, the most unusual project yet from Marvel Studios to date, composer-turned-director Michael Giacchino gathered his cast in a circle inside Atlanta’s Trilith Studios. He wanted to know what they were afraid of.

“I said, ‘Everyone has to tell me a story of something that scared you as a kid,’” Michael Giacchino tells Inverse. And so they did.

Giacchino continues: “After everyone went, I said, that’s what I want to do. I wanted to create moments that years from now, someone out in the world when they think back, they’re like, ‘I remember the first time I saw that and I was scared.’”

In Marvel’s shared universe, where the fate of the world is threatened every Tuesday, it can be hard to invoke a sense of fear. No matter how dark things get, Marvel’s superheroes show the thrill of having the power to face that which terrifies you. But for the first time, Marvel is taking away the color and the heroics for something more intimately transformative.

Werewolf By Night is the first authentic horror project in the Marvel Cinematic Universe, streaming October 7 on Disney+. Billed as an hour-long “Special Presentation,” Werewolf By Night stars Gael García Bernal (Mozart in the Jungle) as Jack Russell, Marvel’s resident werewolf who made his debut in Marvel Spotlight #2 in 1979. Laura Donnelly (The Nevers) also stars as Elsa Bloodstone, the estranged descendent of a family of monster hunters. Her character first appeared in 2001 in the Marvel comic series Bloodstone.

The two meet in Werewolf By Night when they are invited, along with other killers and mercenaries, to the Bloodstone mansion where they compete for ownership of a powerful relic. The challengers are not only compelled to fight one another but also to survive the clutches of a monster that lurks on the estate.

Werewolf By Night stands in contrast to Marvel’s other horror-adjacent productions, like Doctor Strange in the Multiverse of Madness and WandaVision, which similarly experimented with black-and-white sitcom parodies and moments of horror. By comparison, Werewolf By Night is Marvel exhibiting full commitment to camp horror, and it’s paying homage in both style and philosophy.

It begins with Giacchino himself. As the composer of Marvel movies like Doctor Strange, Thor: Love and Thunder, and the Spider-Man trilogy, Giacchino had the studio’s ears when he revealed his interest in directing something.

“This was a serendipitous moment where Michael Giacchino, who we've collaborated with for many years, came to us interested in directing,” co-executive producer Brian Gay tells Inverse.

When Marvel asked Giacchino for a subject character, the composer responded with Werewolf By Night.

Before Iron Man took flight, a Werewolf By Night adaptation was in development as a movie circa 2001, with Marvel licensing to another studio. (Marvel figurehead Kevin Feige was even involved, along with producer Avi Arad.) Whispers of Werewolf By Night’s resurrection started last year when Kevin Smith let spill Marvel had plans for the property.

The title is another example of how the launch of Disney+ has given Marvel space to experiment with form and structure, freeing itself from the boundaries of what typically defines a film versus a streaming series.

“It can be anything we want,” Gay says. He adds the “Special Presentation” format — which Marvel will revisit later this year with The Guardians of the Galaxy Holiday Special — purposefully calls to mind seasonal television broadcasts of yesteryear.

“The Special Presentation came about from how we loved specials from decades past,” Gay explains. “Things like Rudolph’s Shiny New Year or the Charlie Brown specials. We grew up watching those. So, in that realm, could Marvel do something different?”

For Giacchino, the special is more about evoking “the feeling” of watching vintage monster movies than nodding towards any of them specifically.

“It was about capturing those feelings I had watching monster movies every Saturday,” he says. “Things like The Werewolf or King Kong. Those are the movies that formed me when I was growing up, and I just wanted to reach back and create something that had that feeling.”

Between Giacchino’s vision and Marvel’s interest in expanding its universe, a stylistic homage to monster movies and kitschy TV specials is the very DNA that makes up Werewolf By Night.

“We wanted to create a love letter to those monster movies, but also bring forth a new character,” Gay says. “The idea that we introduce something new [to the MCU], give it a little bit of flavor, and we don’t have to be beholden to a certain time and just let the story tell itself.”

Gay is resistant to say whether Werewolf By Night will open the door for more Marvel horror, or even more Werewolf By Night. Maybe it will. For now, Marvel is simply trying to show that, sometimes, when the heroes are gone, the darkness is all that remains.

“One thing we have been great with is finding the right pairing of director and material,” Gay boasts about Marvel’s proven track record of success. “For something like Werewolf By Night, you want it to be a little scary. I’m not saying we couldn’t have chosen another genre, but for the story it made sense. We’re leaning into that, that things are a bit different in corners of the MCU you haven’t seen. Sometimes things are scarier than when you’re with the Avengers.”