Westview, we have a problem

"You're ashamed of your Uncle Ned." 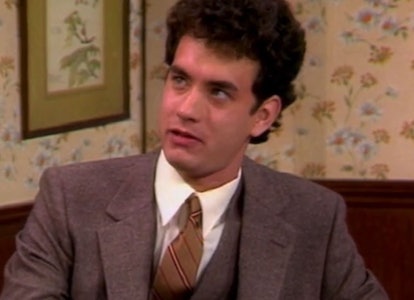 WandaVision has weird episode titles. They often aren't revealed until hours after the episode premieres, and they usually don't reveal too much about the story. Titles like "Now in Color..." and "We Interrupt this Program" just refer to obvious aspects of those episodes. However, the fifth episode of WandaVision has quite the revealing title — "A Very Special Episode." And it certainly was special, with the jaw-dropping reveal of Evan Peters, a recast Pietro Maximoff/Quicksilver. An overlooked tie to a classic '80s sitcom may provide some enticing clues about where the ambitious Marvel Disney+ show is heading.

While Wanda won't explain how Pietro ended up in Westview — at least not yet — the question of what role he'll play within the world still remains a mystery. Luckily, WandaVision Episode 5's source material has a pitch-perfect example. Many who watched the episode noticed references to Full House, with the family portrait and picnic in the opening sequence. But the humor and the costuming more closely resembled another sitcom — Family Ties.

In a classic example of the Very Special Episode formula, this particular outing of Family Ties sees mom Elyse invite her disgraced brother to stay. "Uncle Ned" is loud, alcoholic, violent, and still played for laughs. At one point, having run out of beer, he downs a bottle of vanilla extract like a shot. (This episode is known not because of the strange sitcom character choice, but because Uncle Ned was played by then-fledgling actor Tom Hanks.)

From New Pietro's smarmy accent and leather jacket, it looks like he'll play the "troublesome uncle" character to Tommy and Billy, but instead of teaching them an important lesson about substance abuse, he'll make waves by poking holes into Wanda's reality and causing trouble within the normally serene would of Westview.

This means that Tommy and Billy will look up to their Uncle Pietro — he's a twin like them, and dresses cool, and can go super fast. He'll be their (super)hero, and then will inevitably disappoint them and their mother Wanda in turn. Instead of drinking a can of maraschino cherries like a manhattan, he'll make Wanda realize she isn't as in control as she thinks. For those who aren't afraid to go under the table for speculation, this meshes with recent leaks showing how New Pietro acts in the show's near future.

And no, before you ask, just because WandaVision may take inspiration from this sitcom episode, Tom Hanks will definitely not be that huge cameo Paul Bettany has been teasing. They both worked together in The Da Vinci Code, so it wouldn't fit the clues he's given. Looks like a Tom Hanks character will have to be the next best thing.

It seems like every episode of WandaVision finds a way to make itself into a Very Special Episode, either through capturing important moments in Wanda's fantasy life or slowly revealing more information about the all-too-real world surrounding Westview. But this episode will go down in history as the one where the MCU raised the bar for all other cinematic universes — and did so flawlessly.