“I was cheering for Zack Snyder.” 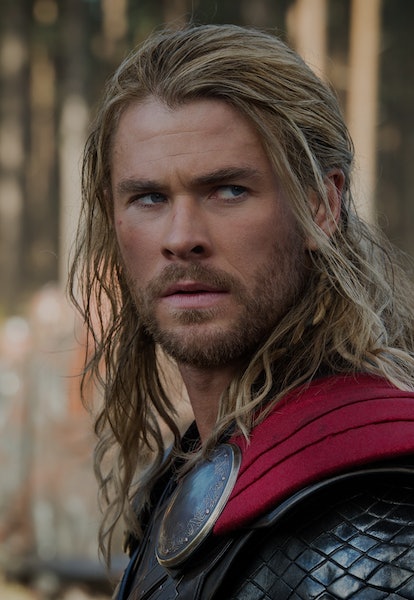 Alan Taylor has never been shy about the fact that he didn’t enjoy his time in the Marvel Cinematic Universe.

“For me, the process was not fun,” the director tells Inverse of his 2013 film, Thor: The Dark World.

But with almost a decade of hindsight, Taylor now has a clear perspective on what went wrong and how he’d go about fixing it if given the chance.

After coming off a successful run working on golden-age TV shows like The Sopranos and Game of Thrones, Taylor signed up with Marvel to deliver what is arguably the most flawed entry in the MCU’s 25-movie run. (Thor 2 did fine at the box office and pulled in decent reviews, but it’s still at the bottom of most Marvel movie rankings.)

For years, Taylor seemed uninterested in digging into what exactly went wrong, but riding high off the success of The Many Saints of Newark, his Sopranos prequel movie that premiered the night before our interview (he apologetically tells me he has “morning voice”), he’s ready to go deep.

“First of all, I have huge respect for Kevin Feige,” Taylor says. “He's doing something that no one else has ever done before and that nobody thought was possible until he did it. Now, everyone’s trying to imitate it.”

“The movie that got released was changed quite a bit.”

That said, he blames the cold reception to Thor: The Dark World on the studio’s decision to change the movie’s tone mid-way through production.

“I focused all my attention on making a certain movie, and then in the editing process, decisions were made to change it a lot,” Taylor says, adding that while he was brought in to give the MCU a bit of “Game of Thronesiness” that ultimately wasn’t what the studio went with.

“My regret was that the movie that got released was changed quite a bit,” he concludes. “I have a great fondness for some of the things that went away in the original cut. There was a kind of quality a wonder to the thing that was beautiful to me.”

So with that in mind, would Taylor be interested in releasing a director’s cut of Thor 2? The answer is yes, but there’s a pretty big catch.

“I was cheering for Zack Snyder when he was doing that and thinking, Will he pull this off? This is amazing,” Taylor says. “I think every director was kind of rooting for that. I would love to, I mean to. Can you imagine that? They give me however many millions of dollars they gave him to go back in. Yeah, I don't think I'm going to get that phone call.”

Disney probably won’t be commissioning the Taylor Cut anytime soon (though maybe it should). In the meantime, keeping reading for the director’s full comments on Thor: The Dark World, along with his thoughts on The Many Saints of Newark and some of his other past and future projects below.

“The casting choice everyone is talking about is Michael [Gandolfini], and that was not an easy thing to do. I think David [Chase] had the idea early on but wasn't really talking about it much. Eventually, we had to give it a shot. I was worried because I had never seen him act before, and we're also wondering if we can really ask the young guy to do the emotional journey and go into his dad's work like that.”

“I heard recently through the press — he never said this to me — that his first reaction was, ‘Hell, no, I'm not going to do that." But by the time we met, he decided he wanted to do it. So actually casting him was the one thing I never questioned about that process.”

“Probably the hardest to cast was Alessandro [Nivola] because he's the character that holds everything together. When I began this, I was thinking, Can you really make a Sopranos story without James Gandolfini? He’s one of the pillars. So to bring in another leading man who can carry all the tones of a Sopranos story was challenging. Somebody who can be romantic, be sexy, be funny, be dangerous, be psychotic, be all the things that you have to do if you're going to be the centerpiece of the Sopranos movie.

“I know Allesandro has worked forever, but it didn’t clinch it till he actually self-taped. He sent in his audition, and we saw that he nailed it. Then we had lunch with him, and it was obvious he was our guy.”

On the possibility of more Sopranos after Many Saints of Newark.

“Coming into it, I thought it was one and done. I’ve been surprised recently to hear David hint that maybe there could be more. I thought he would be the toughest critic of that idea, but he seems to be actually open to it. Last night, we had a big party after our premiere and Terry Winter was there (one of the main writers on Sopranos) and he likes the idea too. So if enough of these people like the idea, maybe something will happen.”

On a Thor 2 director’s cut

“It’s funny, whenever I go into this topic, it goes viral. The Marvel Universe is rich and passionate you can say almost nothing and it will catch fire.”

“First of all, I have huge respect for Kevin Feige. I think he’s doing something that no one else has ever done before and that nobody thought was possible until he did it. Now, everyone's trying to imitate it.”

“For me, the process was not fun. I focused all my attention on making a certain movie. And then in the editing process, decisions were made to change it a lot. He’s got an empire he’s running and things have to be changed to fit into other things. My regret was that the movie that got released was changed quite a bit in a way that I couldn't shape really. I mean, I shot all the material that we put in the movie, but we set out to make one movie, and then major plot points were reversed in post. It’s not the ideal way to work.”

“It was kind of a stumbling process.”

“So yeah, I have a great fondness for some of the things that went away in the original cut. There was a kind of quality a wonder to the thing that was beautiful to me. I think I was brought in to bring some Game of Thronesiness to it in reaction to the first Thor, which was a little too shiny, was my feeling. And then partway through, they started to realize that they wanted to hit in a different direction. So it was kind of a stumbling process.”

“That said, they know exactly what they’re doing and I’ve seen other directors go in there and nail it, like Taika Waititi and James Gunn. The difference is, those guys were writing and directing. I think that’s a healthier way to go into the Marvel Universe. So it was a learning experience.”

“I was cheering for Snyder when he was doing that and thinking, Will he pull this off? This is amazing. I think every director was kind of rooting for that. I would love to, I mean to. Can you imagine that? They give me however many millions of dollars they gave him to go back in. Yeah, I don’t think I’m going to get that phone call.”

“I loved Ringworld since I was a teenager. I think it’s got some of the greatest ideas of any science fiction novel and Teela Brown is one of the most brilliant character creations.”

It takes place in the future. This is just one sub-strand of the book but one of the aspects of the future world is that because of a population boom, there’s a birth lottery. And you have to win the lottery in order to have a child. The brilliant idea is that after a few generations, you’re getting people who are like seventh-generation lucky. Teela Brown is the luckiest person ever born.”

“There’s another layer in the novel, which is that you realize there’s an alien race that’s been controlling this and they’re basically breeding humans for luck because they looked at all the races and the other species in the world and thought, Okay, we understand what you guys are all alive, but humans are idiots, why are you surviving like this? Why don’t you die out? And they decided that the only quality we really had was luck. So they started breeding us for that quality. These ideas just blow my mind. I think they’re wonderful.”

“So I was dying to do it. I got involved when they were developing it. We spent some time working with Akiva Goldsman, the writer. Right now, I’m not really involved, but I would love to see it come to light. It’s a really challenging adaptation. Some novels like Game of Thrones give you the characters and the story and all that stuff. With [author Larry] Nivin, you’ve got to invent a bunch of stuff. The ideas are brilliant, but you have to do some work on some of the storylines to shake it into a TV-friendly form.

On casting and directing Bored to Death

“I’m still in touch with Jonathan Ames. He brought the script to me for the pilot and we cast it together. Jason Schwartzman came in immediately. Then, Zach [Galifianakis] came in, and then we start talking about maybe Ted Danson. I thought, How is that gonna work? This is the quirkiest, most independent, wacky thing in the world, and I know him from Cheers. How can he possibly come to this world?”

“I was in LA and he called me on my cell phone and we talked for like 20 minutes. He's the greatest guy in the world; I didn’t know that until I spoke to him. Then, he came in and just he brought all of his flavors to it.”

“It was the greatest trio. It was the weirdest trio.”

“It was the greatest trio. It was the weirdest trio. Schwartzman and Galifianakis and Ted together. I loved that.”

“I did the pilot, I did the first season or two, I can’t remember how much I did. But working with Jonathan Ames and his very unique take on the world was a delight. Also, we shot in Brooklyn in Fort Greene. I was living in Manhattan at the time, and I fell in love with Fort Greene and I moved there and had been there ever since. Thanks to the pilot.”

The Many Saints of Newark hits theaters and HBO Max on October 1.