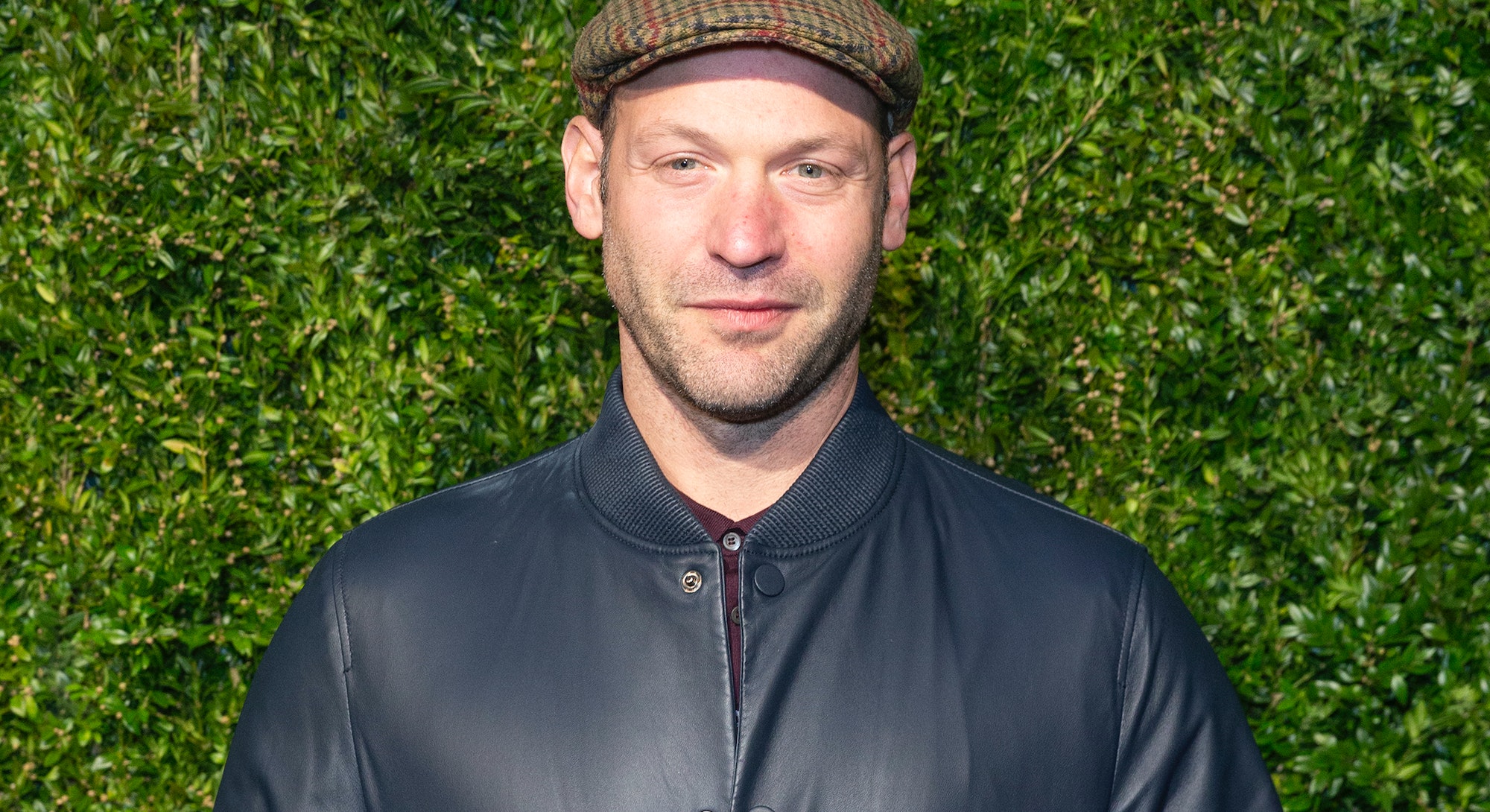 In a movie full of incredible performances, Corey Stoll manages to stand out. And it’s not just because of that iconic cap.

Watching The Many Saints of Newark, it’s easy to assume Stoll must have spent days or even weeks with The Sopranos star Dominic Chianese in order to fully master the role of Junior Soprano in the prequel movie, which premieres October 1 in theaters and on HBO Max.

In a sense, he did. Just not literally.

“I did not reach out to Dominic,” Stoll tells Inverse. “I didn't want to bother. He's done his job. He did a perfect job creating this unique, hilarious, frightening, ridiculous guy. And it was my job to try to be that same character and maybe fill in some blanks in his backstory.”

Instead of speaking to Chianese directly, Stoll did the next best thing. He rewatched every episode of The Sopranos (for the third time, he says) and then dove into the actor's old interviews and his performance in The Godfather: Part II.

“I had an embarrassment of riches in terms of things to base my character on,” Stoll says, “86 hours of show. But it was research I would have wanted to do anyway, rewatching the best show ever. It was joyful research.”

“I did not reach out to Dominic. I didn't want to bother.”

And it worked, too. Stoll fully embodies the complex role of Junior Soprano, a sensitive-but-confident man who always feels slightly lesser-than, whether he’s measuring up to his brother Johnny or his nephew Tony.

The Many Saints of Newark’s director, Alan Taylor, tells Inverse that he was “in awe” of Stoll.

“He was one of the delightful casting experiences because we had our first choice and the first choice said yes,” Taylor says. “It feels like he’s understated all the time, but he’s nailing it. The character has some strange quirks and a complex, devious psychology, and he was just perfect all the way through.”

In an interview with Inverse, Stoll digs into his performance in The Many Saints of Newark, his favorite Junior Soprano moments, and whether he’d like to join his fellow bald actors in the Fast & Furious franchise. We also asked about those Ant-Man 3 rumors, and the actor’s response was suspiciously guarded for someone whose character allegedly met his demise in 2015.

“There's just no percentage of me answering any of that.”

“I just can't answer, sorry,” Stoll says when asked if he might return for Ant-Man and the Wasp: Quantumania. “There's just no percentage of me answering any of that.”

Read the full conversation, edited for clarity and brevity, below.

Let’s start with an easy one. Who's your favorite Sopranos character?

It has to be Tony.

It's such a rich cast of characters that everybody is so amazing. And you saw as the series went on, some guy who was sort of in the background, who would have like one line every once in a while, would then suddenly come forward and have his own episode. It was a deep batch.

But Tony Soprano is one of the most complex, deeply human, deeply flawed characters in all of fiction. The different angles that you get to see of him, the framing device of therapy, and his blood family and his mafia family, they sort of refract off each other, and you see this prismatic character. You get a full picture of him in this way that very few characters get in all of literature.

There’s been some discussion over whether this movie needs to be seen on the big screen or if it’s okay to watch it on HBO Max. As someone in the movie, what’s your opinion?

First and foremost, people should do what they feel safe doing. So if people don't feel safe going to a theater, then they should watch it at home. But if they do feel safe, I think the theater is the place to see it. This is not a TV movie. It is not limited series. It is a major motion picture that is beautiful. The costumes and the sets and the music and the performances all really do beg to be seen on the big screen.

And there is a quality of attention that you have when you're a theater that it's hard to get in your home. You're sitting there, don't have your phone, you're not going to the bathroom. You're sitting there for those two hours and you're in this world. There's a lot to be gained from from being in a theater.

To take a bit of a detour, I recently rewatched Midnight in Paris and I was blown away by your performance as Hemingway, not just because it’s great, but because it’s not your usual type of character. How did you prepare for that role?

Well, in some ways it was the closest process to how I prepared for Junior. I had this body of work, which was a joy to plunge myself into. I had a couple of months and I just read book after book and all his short stories. I listened to one little speech of his and very quickly realized he did not sound as manly as he sounds when you're imagining him on the page, which was the whole point of the character was the sort of idealized version of Hemingway.

Okay, bear with me on this one. You're a bald guy, I'm sure you're aware of that, and there’s a sense that the Fast and Furious franchise has got all the bald actors in it. So my question is, are you interested in joining that crew of great, bald actors?

I have never seen a Fast and Furious movie. I have nothing against them. I just haven't gotten around to it. But yeah, I'd love to be in one. That would be super fun. I would love to, you know — I've seen the clips of them driving a tank, like over an airplane. [Laughs]

So back to The Sopranos. When you were rewatching the show, was there any particular Junior moment that really stood out?

One very famous moment that is sort of out of character, but I was so brilliant is the scene where he sings in Vesuvio's at the end of Season 3. And it just, you've gotten glimmers of this sort of more sort of romantic, lyrical, sentimental side of him.

He's mostly just a cranky, resentful old man. To see him singing beautifully with such passion and tenderness was so discordant and yet, it really gave dimension to this character.

It's funny, all these characters were already pretty un-politically correct. At the time, they were already inappropriate and sexist and racist. But the irony of that episode is that he's a generous lover, and yet the machismo of his world doesn't allow him even that pleasure of giving his girlfriend pleasure. You know, it's very sad.

Alright, final question. What was it like working with Michael Gandolfini?

He sounds and looks and moves like his father, but his work is some of the most impressive that I've seen in my career. What he is doing is so challenging on so many different levels. Any actor trying to reprise this role would be within their rights to be incredibly nervous and hard on themselves, and any young actor doubly so.

But for it to be your father, I don't think any of us can really understand what that struggle is like, and yet he approached every day with so much grace and joy and excitement and enthusiasm and humility. He was always asking all the more experienced actors on set for advice. He's a really impressive young man.

The Many Saints of Newark is in theaters and on HBO Max starting October 1.