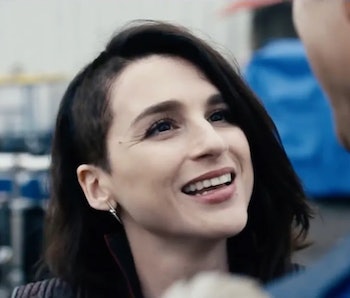 With just three episodes left, The Boys Season 2 is racing towards its finale at superhuman speeds. Episode 5 ended on a truly disturbing note as Stormfront and Homelander hooked up after the sociopathic leader of the superhero group The Seven turned to his newest colleague for help improving his public image. What will happen next in The Boys Season 2 Episode 6? You'll have to watch the new episode this Friday on Amazon to find out.

If you're wondering exactly what time and date The Boys Season 2 Episode 6 will is released on Amazon you're in the right place. Here's everything you need to know, from release time to potential plot details.

What is The Boys Season 2 Episode 6 release date?

New episodes of The Boys arrive each Friday on Amazon. That means Episode 6 will be available on Friday, September 25. But depending on where you live, it might be streaming a little earlier.

What is The Boys Season 2 Episode 6 release time?

Amazon usually releases new video content at midnight GMT. That's 7 p.m. Eastern the night before, which means it could be streaming on Thursday evening here in the U.S.

However, Amazon isn't always reliable when it comes to exact release times. In some cases, new shows and movies arrive early as a treat to fans. Other times, we're made to wait until midnight local time. Either way, the episode will be available by Friday, but you might want to check on Thursday night just in case.

What happened last week on The Boys?

In Episode 5, we got a detailed look into the production of one of Vought's big-budget movies starring the members of the Seven, while the Deep announced his engagement to a member of The Church of the Collective as part of a bid to get back into the Seven. Elsewhere, Homelander got some heat for accidentally killing a bystander and attended an anti-supe rally where he fantasized about killing protesters with his laser eyes.

At the end of the episode, Homelander turned to Stormfront, who offered to use her social media skills to help boost his public image. After it works, the two celebrate by having some extremely disturbing superhero sex, which brings us to The Boys Season 2 Episode 6.

Is there a trailer for The Boys Season 2 Episode 6?

Yes! Amazon has been releasing weekly trailers, and you can watch the latest one right here. It teases a Boys trip to some mysterious Vought-controlled facility where the organization is apparently trying to create more supe-terrorists. Meanwhile, it seems like Stormfront is about to come clean and reveal her big secret to Homelander. Could it have something to do with her former superhero identity as Liberty?