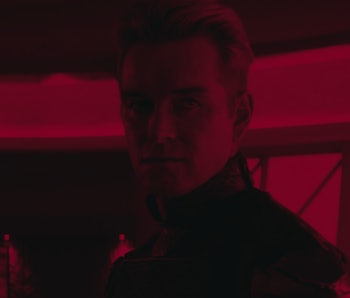 Season 2 of The Boys is already halfway over, and this Friday, Amazon will drop Episode 5. Love it or hate it, the superhero satire show is coming out one week at a time. So if you've been waiting all week to see what happens next, you probably want to know exactly what date and time The Boys Season 2 Episode 2 is released.

Well, look no further, here's everything you need to know about the release date and time for The Boys Season 2 Episode 5.

The new episode, titled "We Gotta Go Now," is officially set to premiere on Friday, September 18. However, depending on where you live, you might get to watch The Boys a little earlier. Amazon typically releases new shows and movies at midnight GMT, which is 7 p.m. Eastern the night before (that'd be Thursday, September 17). However, there's no hard and fast rule here. Sometimes, Amazon drops new releases even earlier, and sometimes, you have to wait until midnight local time.

After The Boys Season 2 Episode 5 releases, there will be just three episodes left (until Season 3). With one new episode dropping each Friday, that means the season finale will air on Friday, October 9.

If you're wondering why Amazon didn't just release all of The Boys Season 2, well, you're not alone. After binging the first three episodes at once, fans were a little disappointed to learn they'd have to watch the rest one week at a time. Some uncool people even "review bombed" the show on Rotten Tomatoes out of anger.

In response, The Boys showrunner Eric Kripke explained his reasoning in an interview with Collider, making it clear that he and the show's producers wanted fans to experience the story on a weekly basis, rather than binging it all at once.

“The airing schedule came actually when we were pretty close to being done – probably 3/4ths of the way through post-production,” Kripke said. “For the record, it didn’t come from Amazon. It came from the producers… we’re the ones who pitched them."

He added that it was a controversial decision at Amazon, but the company eventually agreed to give it a shot: “A lot of people over there were actually reluctant because it was a new idea, or they don’t do it that often. We really wanted it and Amazon ended up agreeing that they’d give it a try.”

So there you have it. You might not be able to watch the entire season at once. But at least you can stream each new episode of The Boys just as soon as it's released.

The Boys Season 2 Episode 5 will be released on Friday, September 18 on Amazon.