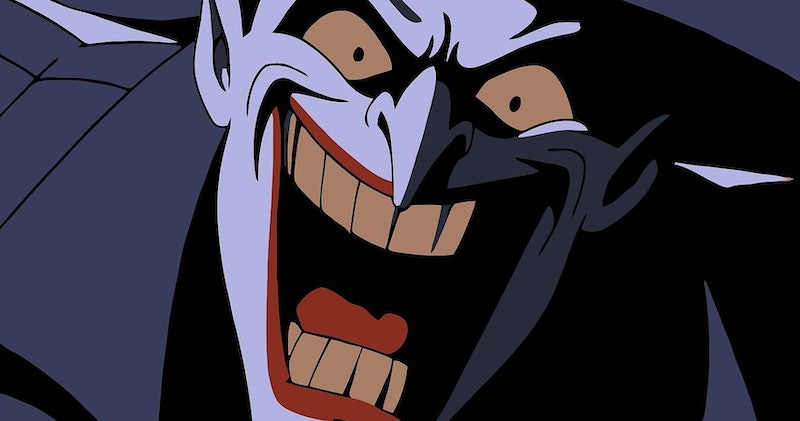 This town needs an enema!

In 1989, Jack Nicholson captivated audiences in Tim Burton’s Batman. Nicholson found the perfect mix of mirth and malice, making Joker one of cinema’s most memorable villains.

30 years later, audiences are still fascinated by the perma-smiling villain, me included. Joker is one of my all-time favorite characters, but as rumors circulate about a potential appearance in Matt Reeves’ The Batman, setting up future installments, I wonder if we’ve reached our bandwidth with the character — or at least need something entirely different from him.

Given the sheer volume of media appearances across comics, television, movies, and video games, can the Joker still be an interesting and worthy onscreen adversary for Batman at this point in time?

When it comes to Batman ’89, most fans remember the so-called “Batmania” that swept the nation, leading to one of the biggest movie tie-in product rollouts at the time. There was everything from Bat-symbol shaped tortilla chips to the underrated Prince album.

But alongside Batmania came Jokermania, something a bit more difficult to chart in terms of sales figures. Interestingly enough, Joker was not always Batman’s most popular onscreen villain. In the 1960s Batman series, it was Burgess Meredith’s Penguin who stole the spotlight, rather than Cesar Romero’s Joker. It took a combination of Frank Miller’s The Dark Knight Returns (1986), Alan Moore and Brian Bolland’s Batman: The Killing Joke (1988), and Burton’s Batman to broaden the character’s appeal outside of regular comic book readers.

After Batman, we were blessed with the all-time great depiction of the Joker, voiced by Mark Hamill in Batman: The Animated Series. And even though Nicholson’s character never appeared again — despite rumors that circulated throughout the 90s and early 2000s — Joel Schumacher’s Batman Forever (1995) turned both The Riddler (Jim Carrey) and Two-Face (Tommy Lee Jones) into pale imitations of the Clown Prince of Crime in an attempt to recapture the magic of Burton’s film.

The Joker’s popularity never subsided, but he was at least kept in rotation with Batman’s various other rogues, disappearing for a while only to back with a new scheme. It wasn’t until Christopher Nolan’s The Dark Knight (2008) that the Joker exploded back into the zeitgeist thanks to a combination of elements:

The Dark Knight made the Joker an event-level character, no longer able to simply run amok with the rest of Batman’s rogues. His appearance in the comics had to mean something. He became a larger metaphor for Batman’s ongoing war on crime.

Some authors, like Grant Morrison and Scott Snyder, excelled at this more than others. On the film side of things, soon after Christopher Nolan’s Dark Knight Trilogy came to an end, plans began to reintroduce the Joker on film. We got that two-fold with Jared Leto’s Joker in David Ayer’s Suicide Squad (2016) and Zack Snyder’s Justice League (2021), and again Joaquin Phoenix’s Joker in Todd Phillips film of the same name (2019).

Phoenix became the second actor, following the posthumously awarded Ledger, to win an Oscar for a performance as the Joker. In a number of ways, the Joker has become an even more rewarding onscreen experience than playing Batman. He’s a means to explore madness, free will, terror, and class. It makes sense that actors would line up for a shot at the role.

Even as Leto expresses interest in returning to the role if Ben Affleck should don the suit again and a sequel to Joker is in early development, rumors have circulated that Barry Keoghan’s Officer Stanley Merkel in The Batman is secretly the Joker — or at least a proto-version of the character. Keoghan, who has captivated audiences with off-kilter performances in The Killing of a Sacred Deer (2017), Dunkirk (2017), Chernobyl (2019), and most recently The Green Knight and Eternals, certainly has the chops to take on the iconic character. If the rumors are true, Keoghan portraying the Joker promises to be something entirely different, especially if this depiction of the Clown Prince of Crime is a former cop.

“Batman and the Joker define each other.”

Batman and the Joker define each other, and it makes sense Reeves would want to put his own stamp on that relationship. But part of the appeal of The Batman is the chance to see Bat-villains we haven’t seen on screen in a while — or ever — given the consideration they deserve. The Penguin (Colin Farrell) and The Riddler (Paul Dano) have been reimagined in Reeves’ Gotham, and there’s a growing interest from fans to see the filmmaker’s take on more recent Batman adversaries like Hush and The Court of Owls.

No matter how great The Batman is (and I’m confident it will be), it will inevitably be compared to what Nolan did with the character. Setting up a sequel in which Batman battles the Joker would draw even more comparisons. But will a sequel setting the stage for another showdown between Batman and Joker be enough to interest audiences?

If comics sales from this year’s Joker War and DC’s Black Label imprint, which is heavy on Joker and Batman stories, then yes, audiences will surely show up to see that conflict — especially if they love The Batman. But if Reeves is going to go all-in on the Joker, he shouldn’t go for the grungy, chaotic depiction we’ve seen in films for the past 13 years.

“The Joker isn’t broken, but he does need a fresh coat of face paint.”

Reeves has noted that the ‘60s Batman series is an influence on him, which may come as a surprise given the tone of The Batman. But a key element from that series, and the movie it spawned, Batman (1966), was that it featured all of Batman’s rogues working together and interacting with one another. This created a sense that Batman wasn’t on a path of escalation in which the defeat of one villain led to the next, but an ever-turning wheel in which any rogue could show up at any time.

If Reeves wants to make yet another version of Joker that gets our full attention, he’ll have to define him beyond simply his relationship to Batman. We need to see the entirety of Gotham City and its inhabitants.

The Joker isn’t broken, but he does need a fresh coat of face paint. So, I say bring on the Joker, just make sure he’s not standing on stage alone.