“I always wanted Snake Eyes to be Asian.” 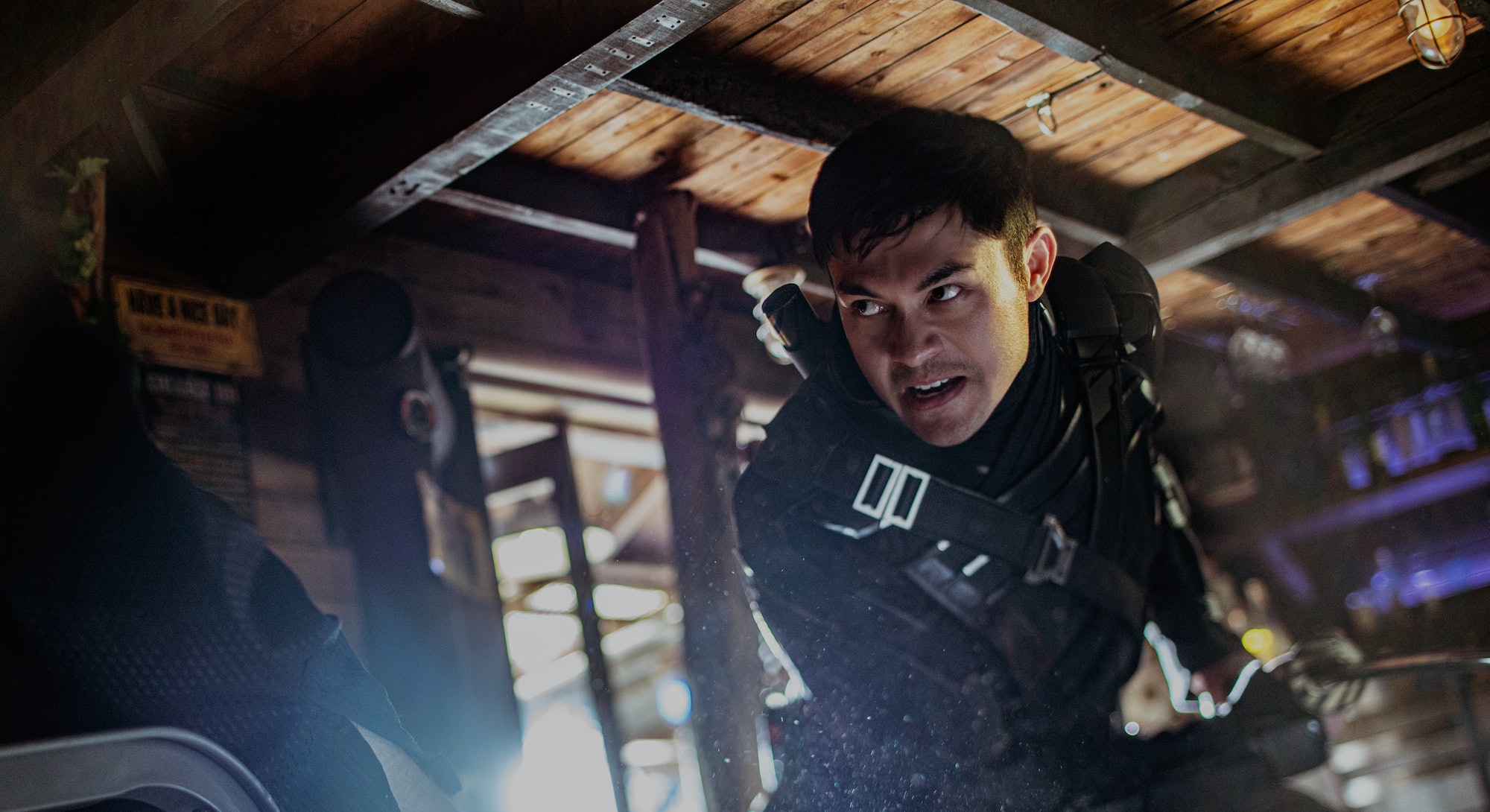 In 1982, the Japanese-American comic book writer was given stewardship over a new comic book series: G.I. Joe: A Real American Hero. Today a generational staple that inspires memories of badass heroes and oversized plastic battleships, G.I. Joe was back then little more than a half-baked reboot of a pre-existing dress-up doll line.

Hama drew upon his own lived experiences as a U.S. Army veteran and the uncanny imagination he’d honed at Marvel Comics to usher in a new era of G.I. Joe. In issue 26, published in 1984, Hama penned an origin story for the mysterious, black-clad agent “Snake Eyes,” who’s revealed to be an American soldier trained as a ninja in Japan.

Even back then, Hama had reservations. As Hama tells Inverse, he’s always believed Snake Eyes should have been a character of Asian descent.

“I didn’t like the fact that the only Asian character [in G.I. Joe] was a bad guy,” Hama says, referencing Snake Eyes’ rival and Cobra Command agent Storm Shadow. “In the back of my head, I always wanted Snake Eyes to be Asian. That wasn’t in the cards.”

In conversation with Inverse to promote Snake Eyes's October 19 Blu-ray release: G.I. Joe Origins, Hama discusses his original intention for Snake Eyes to be Asian and his optimism for the G.I. Joe film franchise past this point.

It’s the mysterious badass syndrome. He’s completely covered, head to foot. Any kid, no matter who they are, could imagine they are Snake Eyes. As his character developed, other factors kicked in, and I concentrated on that character, trying to make him as cool and badass as possible.

G.I. Joe #26, which tells Snake Eyes’ origins, was published in 1984. When you wrote the comic, did you ever think you’d be revisiting that aspect of the character all these years later?

Never. In those years, no one thought that franchise would last [out] the next year. You have to understand: In the early ‘80s, licensed story comics were the bottom of the barrel, as far as the creatives thought. Because the licensing fee came off the top of the page rate, they paid less than everything else. So you could never get an A-list writer on a toy book.

I think two things changed: not just G.I. Joe, but Transformers. Common wisdom at the time was that licensed toy comics lasted only a year. Toy companies thought a toy line was good for two to three years. They consciously tried to bail out after a couple of years because they didn’t want to get stuck with warehouses full of Cabbage Patch dolls ever again. They managed to do that again with [warehouses full of] Beanie Babies. It’s pretty miraculous that G.I. Joe went on for a third year. They thought, maybe this was different. And they were right. Same with Transformers.

Earlier this summer, Henry Golding told Inverse that Snake Eyes was the story that “Larry Hama always wanted to tell.” Can you elaborate?

It’s pretty complicated. In the first iteration of G.I. Joe, there were no Asian characters. When they introduced Storm Shadow, I looked at it and said, “Well, he’s an Asian character!” But he’s a bad guy. What could I do? That’s when I created a frisson between Snake Eyes and Storm Shadow, paired them off against each other like that.

How did you do that?

Up until issue 26, Snake Eyes was just a commando. He was not carrying a sword. He carried an uzi, a knife, and a pistol. I decided to bring ninjas into the fold. In the back of my head, I always wanted Snake Eyes to be Asian. That wasn’t in the cards.

I didn’t tell Hasbro or Marvel. I just went ahead and did it.

When they brought in Storm Shadow, I resolved to change him into a good guy over the course of the next year. I didn’t tell Hasbro or Marvel. I just went ahead and did it. It was fait accompli. I think that adds to the dimension of the relationship between the two. They started out as brothers and became estranged and then found each other again. The movie narrative changes that around, but they still went with the central theme of brotherhood, betrayal, redemption, and making things right again. I’m happy with that.

Snake Eyes’ narrative as a white guy training to become a ninja in Japan is often described as the story of an outsider. Have you ever felt like an outsider in your life?

Yeah. From when I was in kindergarten to eighth grade, I was the only non-white person in the entire school. But the horrible thing is, there was a Japanese-American family in the neighborhood, with kids older than me who’d gone through the system. They were the only kids my teachers could compare [me to]. These kids, two girls and one boy, were not only extremely smart; they were extremely good-looking and athletically talented. And they were amazingly popular. I came along, and I couldn't compete! I started to hate that. I could never live up to that example.

Snake Eyes: G.I. Joe Origins struggled at the box office. Do you think there’s still a chance for more G.I. Joe movies in the future?

That’s inside baseball to me. You just can’t predict what’s going to happen. But who knows? I’m always optimistic.

I thought it was amazing they came around and thought, “Let’s try this again and concentrate on Snake Eyes.” Public attitude has changed. Now we can do tentpole movies with an Asian lead. I don’t think the franchise is dead in the water. I think there are enough people out there that still want a good version [of G.I. Joe], that’s been proven on other franchises. Look at Dune. How many times have they remade that? Maybe, finally, they’ll get it right.